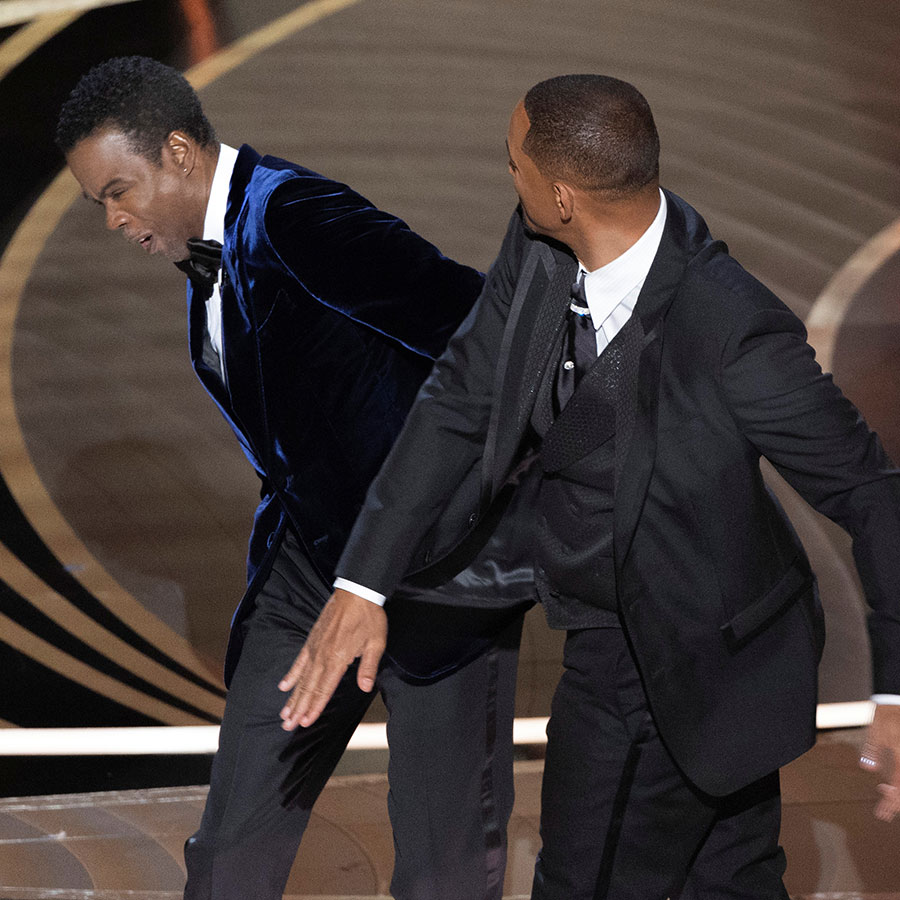 Will Smith, seen here slapping Chris Rock during the 94th Academy Awards in Hollywood, has apologized to the comedian and his family, including his mother, Rosalie Rock, 77. Photo: Brian Snyder/Reuters

Will Smith has apologized directly to Chris Rock in a new YouTube video about the controversial Oscars slap.

The Men in Black star stunned the world when he slapped the comedian onstage after he made a joke about his wife Jada Pinkett Smith, and went on to accept the Best Actor Oscar for King Richard around 40 minutes later.

Will swiftly issued a lengthy apology for his behaviour and resigned from the Academy of Motion Picture Arts and Sciences (AMPAS) and had been laying low for the past few months.

He returned to the limelight on Friday when he posted an almost six-minute video on his YouTube channel titled “It’s been a minute…” and answered a few questions people have had about that incident.

When he explained why he didn’t apologise to Chris in his acceptance speech, Will revealed that they aren’t on speaking terms.

“It’s all fuzzy. I’ve reached out to Chris and the message that came back is that he’s not ready to talk and when he is, he will reach out,” he said. “So I will say to you, Chris, I apologise to you. My behaviour was unacceptable and I’m here whenever you’re ready to talk.”

Will also apologised to Chris’ family, specifically his brother Tony Rock, with whom he “had a great relationship”. Acknowledging that their friendship is “probably irreparable”, Will admitted that he “wasn’t thinking” in the heat of the moment and has spent the past three months replaying the slap over and over again.

The 53-year-old went on to insist Jada “had nothing to do” with the slap and apologised to her and their family for “the heat I brought on all of us”.

He also said sorry to his fellow nominees, saying it “really breaks my heart to have stolen and tarnished your moment”. He specifically named Questlove, who accepted his Best Documentary award straight after the slap, and added, “I’m sorry really isn’t sufficient.”

Will closed the video by addressing those who felt let down by his behaviour. He confessed he feels “deeply remorseful” for his actions but is “trying not to think of myself as a piece of s**t”.

“I know it was confusing, I know it was shocking but I promise you I am deeply devoted and committed to putting light and love and joy into the world and if you hang on, I promise we’ll be able to be friends again,” he vowed.