Marilyn Monroe: Why Are We Still Obsessed With the Hollywood Legend 60 Years After Her Death? 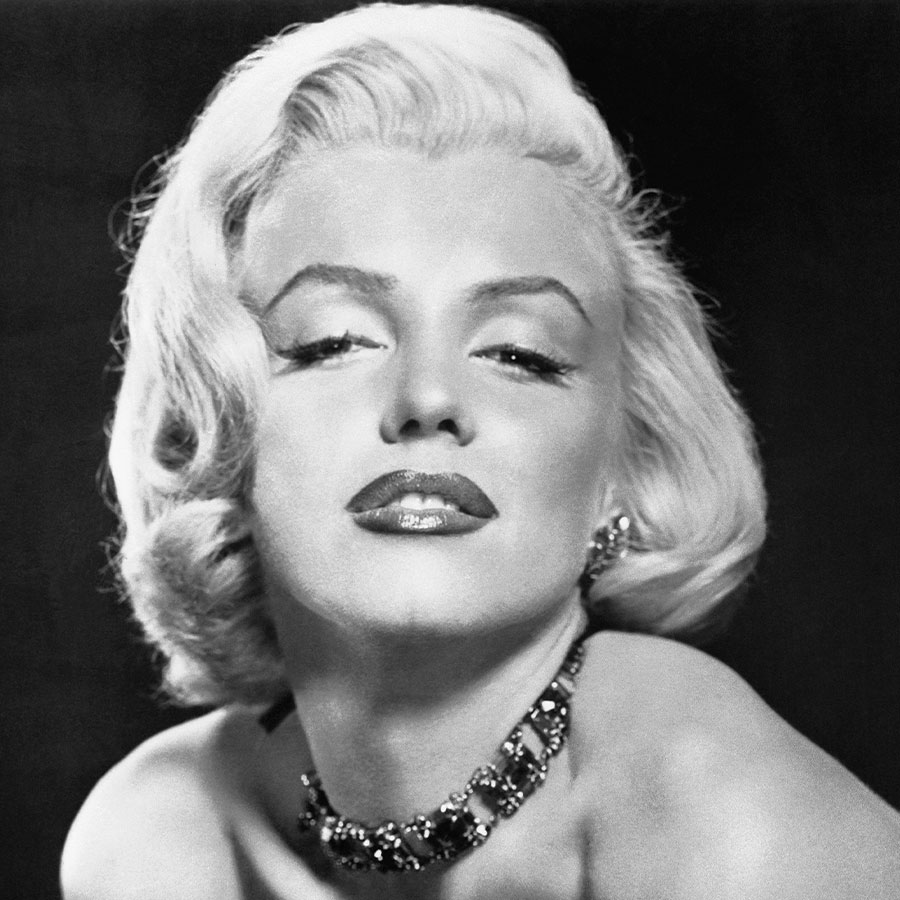 The pop culture fascination with Marilyn Monroe, seen here circa 1950s, has endured thanks to a posthumous career that extends across most media forms over the last six decades. Photo: Bettmann/Getty Images

For some, death can be a smart career move. Quite how smart a move depends a lot on who you are and how you die. On the 60th anniversary of the death of Marilyn Monroe (Aug. 4), we can learn a few lessons about the art and implications of dying a huge public personality.

As with any icon, the brand of Marilyn Monroe far transcends Marilyn Monroe the person, and even more so Norma Jeane Mortenson, as she was until 1946. The Wikipedia page “Marilyn Monroe in popular culture” has entries for almost every year since her death, charting a posthumous career that extends across most media forms.

She has been referenced in adverts for cheese, cars and whisky, and in multiple music videos. She lends her name to a Christian metalcore band, a jewellery collection and a pair of skyscrapers in Ontario. She is the subject of countless pieces of visual art, including caricatures, collages and digital prints.

Her visual image has been a recurring theme for artists, notably Andy Warhol, who produced several pieces using images of her face, and who channelled Marilyn himself in photographs by Christopher Makos. In turn, Warhol’s representations have become a touchstone for subsequent artefacts including a 70cm-high plastic figurine, a Nike Warhol/Monroe custom AirMax shoe and a 3,000-piece Lego reproduction.

And now she is the subject of a US$22 million (£18 million) Netflix biopic, Blonde, starring Ana de Armas, based on Joyce Carol Oates’ fictionalized account of her life, published in 2000. Why does this fascination endure so many decades after her death?

Monroe made her name as a “blonde bombshell,” a glamorous pin-up model and Hollywood actress/singer who was a favourite focus for the voracious mid-century male gaze. But she was by no means the first, following in the high-heeled footsteps of Mae West and Jean Harlow. Nor was she the last: Anita Ekberg, Jayne Mansfield, Kim Novak and Doris Day all came after. So what elevates Monroe above mere celebrity into the status of icon?

In her lifetime, Monroe was exalted as one of the most bankable stars of the day, essentially guaranteed to attract an audience to any event. Famously, she used her own appeal to help boost the career of Ella Fitzgerald, bribing the reluctant owners of the Mocambo jazz club to take a chance on the gifted black singer with the promise of a front-row appearance every night.

Monroe achieved such popularity due to a perfect storm of biography and cultural context, a potential that she managed to capitalize on with shrewd image management.

Indeed, it is the radical reinvention of her image that helps explain her appeal. In the shift from Norma Jeane to Marilyn, from girl-next-door brunette to blinding-peroxide blonde, and from stammerer to vocal seductress, she also moved from victim to agent.

Norma Jeane grew up in foster homes and orphanages, during which time she was sexually molested, and her mother was hospitalized with paranoid schizophrenia. As Marilyn Monroe, she took control of her brand, wielded her sex appeal to build her career and founded her own production company — a rare thing for a woman at the time.

Such transformation is one classic hallmark of the icon, including Elvis Presley, Maria Callas, Aretha Franklin and Dolly Parton. For Monroe, as with others, the capacity to overcome adversity was humanizing and inspiring.

The particular image she constructed also mattered, as her white-blonde hair was a startling reassurance of American-ness at a time when American identity was itself being fiercely protected.

The height of Monroe’s popularity coincided with the intensification of the US Civil Rights movement, with the 1954 landmark Brown v Board of Education decision (which ruled that the segregation of black and white children in schools was unconstitutional), swiftly followed by Rosa Parks’ famous refusal to yield her bus seat in 1955.

The brutal lynching of Emmett Till the same year, and particularly his mother’s insistence on an open casket, further propelled civil rights issues into the public eye. In such a context, Monroe’s whiteness apparently stood as unequivocally American, comforting those who would resist the advance of racial equality.

The other great theatre of identity wars was the Cold War, where Monroe represented a celebration of everything that the American narrative insisted the Soviets wanted to destroy. The eager popular consumption of Marilyn was emblematic of the golden age of capitalism born of a post-war economic boom.

Broadcasting grew in importance as television ownership was on the rise. The fast-food industry flourished with the growth of franchising. And in 1959, Mattel launched Barbie, the intersection of mass production and idealized femininity, essentially Marilyn in US$3 plastic form. Monroe epitomized all that was carefree and enjoyable about western popular culture, everything that needed protecting against the advance of communism.

An Icon in Death

Ultimately, though, it may be the circumstances of her death at just 36 that assured Monroe of a place in the pantheon of 20th-century icons. The unexpected and untimely nature of her death is crucial, meaning her stardom works differently from, say, Aretha Franklin, Dolly Parton or Madonna (the latter two still alive, but distinctly post-menopausal).

Crucially, it was a tragic death that spoke of inner demons, not one resulting from “an act of God.” Monroe’s story therefore aligns with those of Amy Winehouse, Judy Garland and Whitney Houston, rather than Patsy Cline (plane crash), Jean Harlow (kidney failure) or Jayne Mansfield (car crash). Because if there’s one thing more appealing than a rags-to-riches story, it’s the rubbernecking joy found in a riches-to-ruins tale.

It was arguably the way in which the circumstances of her life fed into those of her death that keeps us revisiting Monroe. For her sexual expression, she has been claimed by both feminism’s second-wave (as a cautionary tale), and its third-wave (as a poster-girl for bodily self-determination).

The gluttonous media consumption of Monroe in life has been reconfigured as a story of being eaten up by her public, much like Princess Diana. And the McCarthy-era obsession with uncovering secrets was surely mirrored in the question-mark-laden headlines reporting her death, inviting all sorts of unquashable conspiracy theories around it.

Marilyn Monroe may have died in 1962, but in that same moment a legend was born. And while her life laid the groundwork for legendary status, it is her death that catapulted her into iconic immortality.

Freya Jarman, Reader in the Department of Music, University of Liverpool