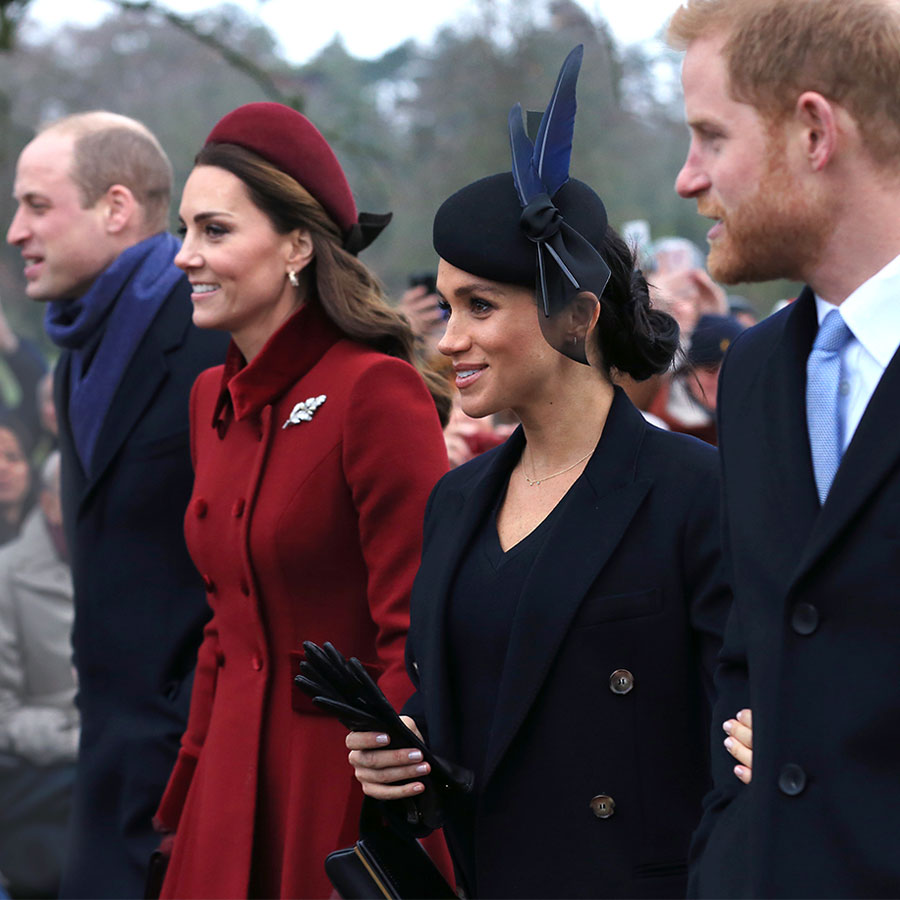 Meghan Markle celebrates her 41st birthday today, and while it’s not a milestone, this year has been significant to the Duchess of Sussex for other reasons.

In April, Harry and Meghan paid a secret visit to the Queen, their first trip to the U.K. since leaving the royal life. And during the Queen’s Platinum Jubilee weekend in June, Meghan, Harry and their two children visited the U.K. as a family, during which the Queen met her great-granddaughter Lilibet for the first time.

Birthday tributes from the Duke and Duchess of Cambridge and the Prince of Wales and Duchess of Cornwall brought those moments to mind, as they each shared a photo of Meghan from her appearance at the Service of Thanksgiving during the Jubilee weekend — their first public outing since making their U.K. return.

Kate Middleton and husband Prince William shared a portrait of Meghan on Twitter in the all-white Dior ensemble she donned for the event, with the caption: “Wishing a happy birthday to The Duchess of Sussex.”

Despite the birthday greetings, the Cambridges weren’t seen interacting with the Sussexes at the service and the rift between the brothers reportedly persists.

Prince Charles and Camilla, Duchess of Cornwall, shared another angle of a photo of Markle at the event. “Happy birthday to The Duchess of Sussex!” they wrote, adding a red balloon emoji.

Meanwhile, just as the Sussex’s relationship with the Royal Family seemed to be steadying, royal reporter and author Omid Scobie is set to make waves with yet another book about Prince Harry and Meghan Markle.

Scobie teamed up with fellow royal reporter Carolyn Durand to write Finding Freedom: Harry and Meghan and the Making of A Modern Royal Family, a biography that tells the Sussex’s side of the drama surrounding their exit from royal life, with the help of the couple’s colleagues and friends.

While Markle has insisted she and Harry “did not collaborate” with the authors on the book, emails between Markle and her former press secretary Jason Knauf about a meeting with the writers later emerged. Email correspondence between Harry and Knauf also suggest that the Prince had some involvement in the direction of the book as well.

The new book — which is said to include “exclusive revelations” — is set for release in 2023.

In the meantime, the Sussexes continue to support causes close to their hearts through their own non-profit Archewell and other charities they work with. In February, the pair was awarded the NAACP’s President’s Award, the civil rights organization’s top honour for distinguished public service.

Archwell and NAACP have also joined forces to create a new civil rights award, the NAACP-Archewell Digital Civil Rights Award, which “acknowledges and supports a new generation of leaders that are creating transformational change at the intersection of social justice and technology — working to advance civil and human rights.”The newly created award includes a $100,000 prize to support the recipient’s future work in the field.

Harry and Meghan, who reside in Montecito, Calif., most recently travelled to New York City, where Harry addressed the UN on Nelson Mandela Day. In his speech, he called for more action against climate change and spoke about how Africa connected him with both his mother, Diana, Princess of Wales and his wife.

“For most of my life, [Africa] has been my lifeline, a place where I found peace and healing time and time again,” Prince Harry said. “It’s where I felt closest to my mother and sought solace after she died, and where I knew I had found a soulmate in my wife.”

Meghan and Harry have travelled to Africa together several times, including an early visit to Botswana in 2016, which took place after their first two dates over two consecutive days in London.

“We camped out with each other under the stars. She came and joined me for five days out there, which was absolutely fantastic,” Harry said of the trip shortly after their engagement. “So then we were really by ourselves, which was crucial to me to make sure that we had a chance to know each other.”