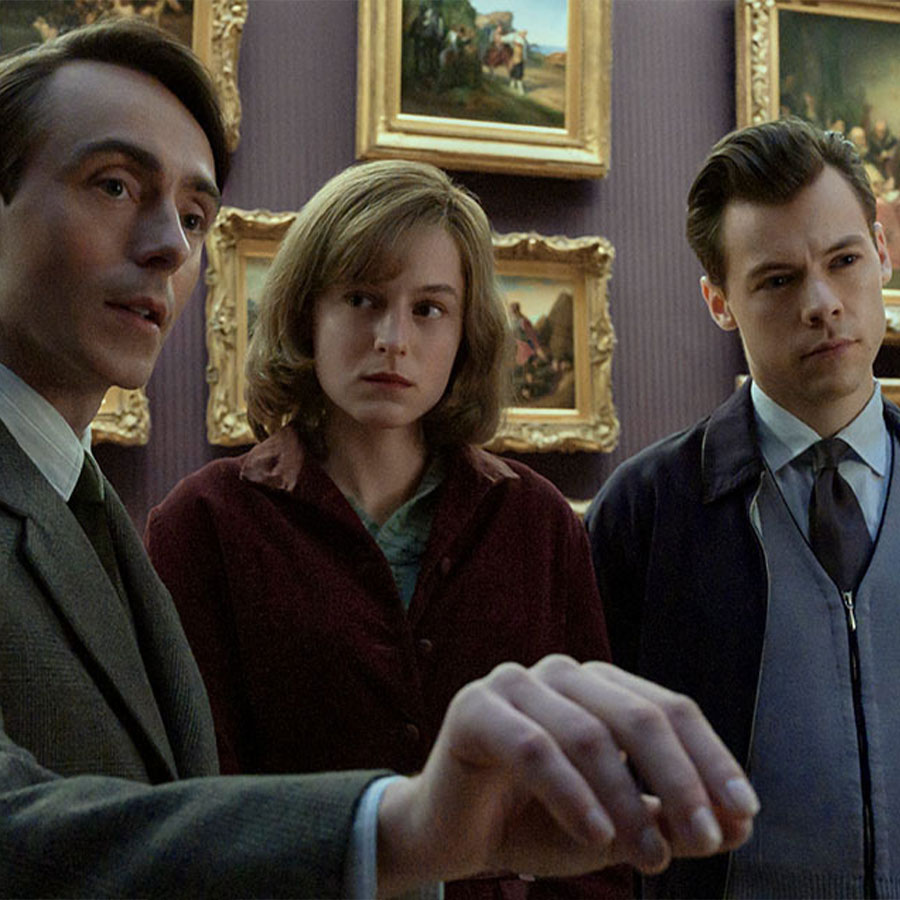 (L to R) David Dawson, Emma Corrin and Harry Styles star in 'My Policeman,' which makes its world premiere at the 2022 Toronto International Film Festival. Photo: Courtesy of TIFF

The film revolves around a police officer named Tom (Styles) and museum curator named Patrick (Dawson) who fall in love in 1950s England but are unable to live as an openly gay couple due to the time period. As such, Tom marries a female teacher named Marion (Corrin), though, as TIFF notes in a press release, “flashing forward to the 1990s, Tom (Roache), Marion (McKee), and Patrick (Everett) are still reeling with longing and regret, but now they have one last chance to repair the damage of the past.”

“When your film shifts through time and across fluid boundaries of love and desire, you need a cast that can embody those nuances in every gesture,” Cameron Bailey, TIFF’s CEO, said in a statement. “Harry Styles, Emma Corrin, and David Dawson deliver beautiful, mirrored performances with Linus Roache, Gina McKee, and Rupert Everett. We’re thrilled to honour the ensemble cast of My Policeman with the TIFF Tribute Award for Performance.”

Directed by Michael Grandage and based on the novel by Bethan Roberts, My Policeman makes its world premiere at TIFF this year as a Special Presentation. Oscar-nominated screenwriter Ron Nyswaner (Philadelphia) wrote the screenplay.

The celebration of an ensemble cast with the TIFF Tribute Award for Performance signals the fest’s move away from gendered award categories to more gender-neutral honours. It’s also the first time that an ensemble cast has received the honour.

Established in 2019, the TIFF Tribute Awards (for Actor, Director, and Emerging Talent, as well as a Variety Artisan Award, Jeff Skoll Award in Impact Media and a Special Tribute Award) have proven prophetic when it comes to award season honours.