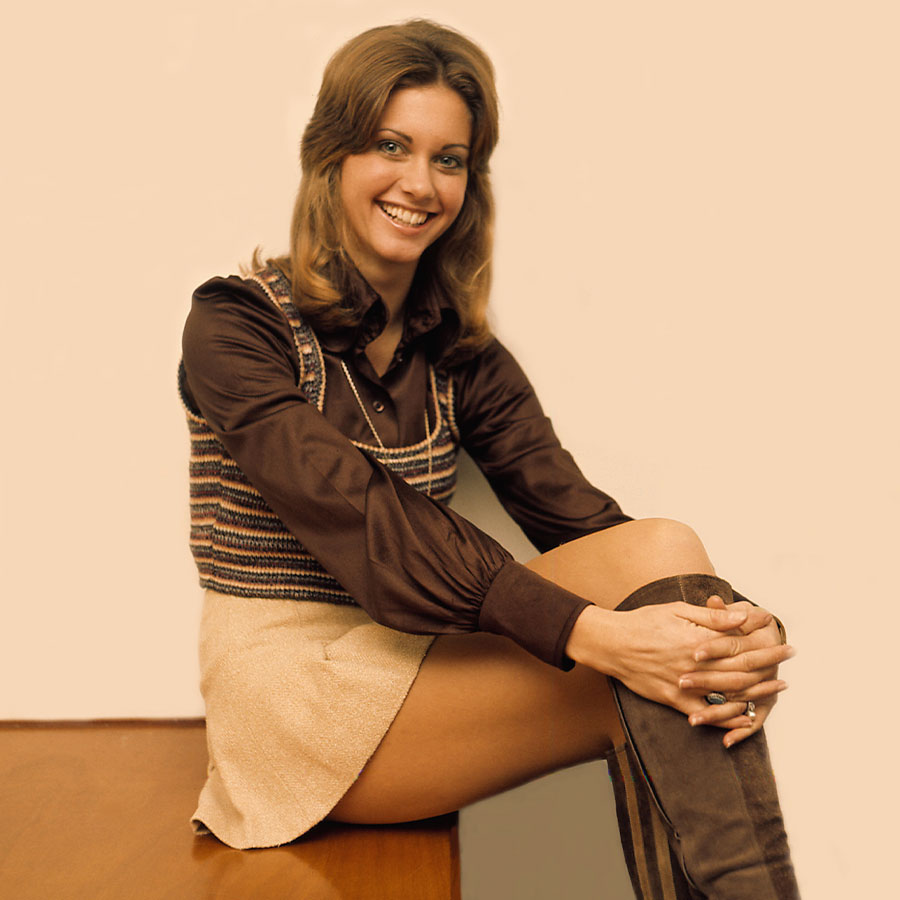 Olivia Newton-John was a versatile artist with an appeal that spanned generations, and who played an important role in claiming a space for Australian popular culture on the world stage.

She was the rare performer whose career flourished through different phases, and who found success exploring many facets of her talent.

Born in Cambridge in 1948, Newton-John moved to Melbourne at age 6 (becoming one of a myriad of non-Australian celebrities wholeheartedly claimed by this country).

In her teens she started to build up her profile on the local performing circuits, also appearing on pop music television program The Go!! Show.

In the 1960s, Australian musical acts saw moving to the UK as a vital part of their career progression. Newton-John became part of the steady stream of expats pursuing their music in “the mother country” after winning a talent competition that provided her with tickets.

When her friend Pat Carroll joined her, the two found success touring as a pop duo, before visa troubles meant Carroll had to return to Australia.

This led to new opportunities for Newton-John as a solo artist. Her first album If Not For You (1971) was a success in the UK and Australia, establishing her as a household name in those countries – and leading to opportunities such as a performance at Eurovision representing the UK in 1974 (she lost to ABBA).

Her break in the US market came as she found a niche in the country music genre. Country/pop crossover songs such as Let Me Be There were huge hits, and in 1972 she won a Grammy for Best Country Female — the first of four Grammys she would win across her career.

Her move to the US in the mid-1970s was accompanied by a string of number one hits in that country, establishing her as an international superstar.

Life on the Silver Screen

Her star continued to rise with the release of the musical Grease in 1978.

Sandy established her as a genuinely iconic pop culture figure.

Grease was a huge box-office success, and produced a multi-million copy selling soundtrack. Tracks such as You’re the One That I Want and Summer Nights were not only hits in their own right at the time but have become embedded in our cultural memory, transcending generations with their appeal.

Grease was the peak of her movie career. Attempts to re-create the on-screen magic between herself and co-star John Travolta in Two of a Kind and the fantastical Xanadu (a personal childhood favourite) failed to gain traction with audiences or critics.

But her contributions to the soundtracks of these films — including Magic and Twist of Fate – still charted highly as her musical career stayed strong.

Away From the Spotlight

In the early 1980s she was seen as part of the “Australian invasion,” a period where Oz culture was particularly prominent on the international stage through acts such as Air Supply and the Little River Band.

Newton-John leaned into the moment. In 1983, she launched her Koala Blue boutique selling Australian fashion and cultural items, in collaboration with her previous singing partner Pat Carroll. The boutique lasted a little over a decade, during which time Newton-John had a family and put less focus on her music career.

A planned comeback in 1992 had to be put on hold when Newton-John was diagnosed with breast cancer shortly before beginning her tour.

Her journey with the disease inspired her to take up advocacy and fundraising work in this area. The Olivia Newton-John Cancer Wellness and Research Centre fundraises in various ways, including through events such as the annual Wellness Walk.

The return of Newton-John’s cancer in 2017, which would eventually lead to her death, also spelled the end of her touring career.

Newton-John leaves a legacy as a sweet girl-next-door type with a sublime voice, who embraced the country that claimed her as its own, but who also at times showed a more risqué side, such as in Sandy’s leather jumpsuit, or the cheeky video to the unapologetically sexual “Physical.”

She has already been recognized through awards and honours.

She has been inducted into the ARIA Hall of Fame. In 2020 she was appointed a Dame in the Queen’s New Year honours list. She has also been a continuing part of the cultural conversation through appearances on pop culture staples such as Drag Race.

She remained down-to-earth and friendly, regularly turning up to events like the Wellness Walks to chat to participants and encourage them on.

Like many Australians, ONJ has been part of the soundtrack to my life – from arranging my own little performances to Xanadu in kindergarten, to singing along to the Grease mega-mix at school discos, to discovering her earlier work through my research much later in life — and many have benefitted from her non-musical work, too.

She will be missed but never forgotten.