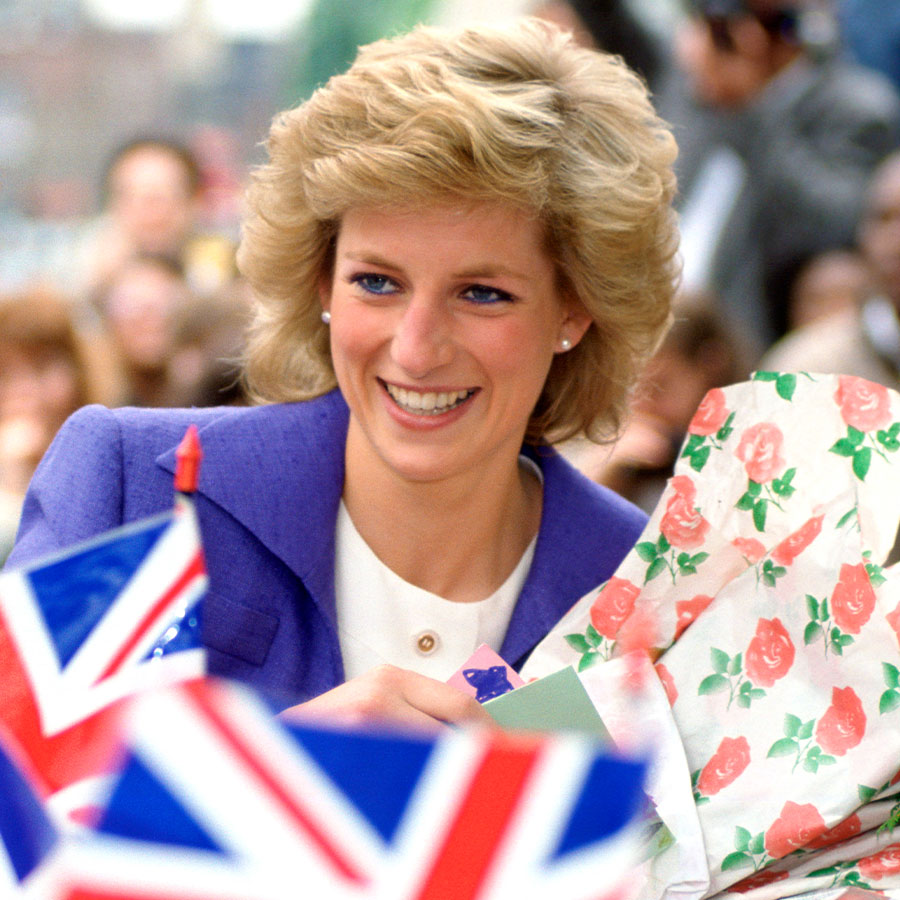 Diana, the People's Princess, was often greeted by adoring crowds with flowers and Union Jack flags. Here she is seen at an event on June 6, 1989 for the Lorne House Project in Hackney for drug and alcohol dependency. Photo: Tim Graham Photo Library via Getty Images

A quarter of a century after her death at the age of just 36, Diana, Princess of Wales, remains a source of fascination to people around the world and her fate still casts a shadow over the British royals.

Diana was killed on Aug. 31, 1997, when the limousine carrying her and her lover Dodi al-Fayed crashed in the Pont de L’Alma tunnel in Paris as it sped away from chasing paparazzi photographers on motorbikes.

Her death plunged the monarchy into crisis, coming after the highly public disintegration of her marriage to heir Prince Charles with its revelations of feuding, adultery, and the misery she had felt in her royal role.

Millions globally mourned the “people’s princess”, as the then British Prime Minister Tony Blair described Diana, who was one the world’s most recognised and photographed woman.

Twenty-five years on, her allure shows little sign of faltering.

There has been Spencer, a movie about the tumultuous end of Charles and Diana’s marriage; The Princess, a documentary by Oscar-nominated director Ed Perkins; while the hit Netflix drama The Crown has focused on Diana in its recent series.

There have been books, countless newspaper articles, numerous TV programmes, recriminations over a controversial 1995 interview she gave to the BBC, and even Diana, The Musical, a much panned and short-lived Broadway show.

“Diana still has an impact, there are still documentaries being made about her, stories written about her, people are still intrigued by this woman,” said author Andrew Morton, whose 1992 biography first exposed the deep divisions in her marriage and with whom she secretly cooperated.

“She just had a charisma, she had an appeal which went beyond her royal moniker – it was of an extraordinary human being,” Morton told Reuters.

For the royals themselves, Diana is still omnipresent, not least for her two sons, Princes William, 40, and Harry, 37, who have spoken of the trauma her death caused, and how it affected their mental health for years afterwards.

They were just 15 and 12 when they walked slowly behind their mother’s coffin, past a throng of mourners, through the streets of London to her funeral.

“Every day, we wish she were still with us,” William said when the two brothers unveiled a statue in her honour last year at Kensington Palace in central London, her former home.

“I feel her presence in almost everything that I do now,” Prince Harry told a U.S. television interview in April.

Prince Charles has slowly emerged from the shadow cast by his ex-wife’s death, and has now been married for 17 years to Camilla, the woman Diana held responsible for their relationship failing. But polls show the issue lingers with some.

“I think there’s a generation of people still around who feel that she (Camilla) was to blame for the break-up of the fairytale marriage,” Morton said.

The enduring fascination is also not just with her life, but the manner of her death.

A lengthy inquest concluded in 2008 Diana and al-Fayed were unlawfully killed by the grossly negligent driving of chauffeur Henri Paul and paparazzi photographers pursuing their limousine.

Al-Fayed’s father, Mohamed, had claimed the killing was carried out by British secret service on the orders of Queen Elizabeth’s late husband Prince Philip.

A police investigation which looked at whether she might have been murdered, dismissed a host of conspiracy theories and determined Paul had been drunk and was driving too fast.

But speculation that she was a victim of an assassination plot still endures, and one of Diana’s former bodyguards made headlines this week by suggesting British security officers might have inadvertently caused the crash.

Why the Interest Still?

So why does Diana and her death generate such interest?

“I think the only other moment in my life that I really feel like time just stopped was 9/11,” filmmaker Perkins told Reuters. “Diana’s death really was a moment where the whole world just seemed to be focused on this singular event.”

He was 11 at the time, and remembers the collective outpouring of emotion and the unprecedented scenes of mourning.

“We as humans have been telling ourselves variations of the fairytale myth for thousands and thousands of years. And suddenly this real life fairytale sort of came into being,” he said.

“And this marriage, this fairytale romance, came onto the public stage and gave a lot of people a beacon of hope, something that they really bought into and wanted to work. And I think a lot of people became emotionally invested in wanting that story to work.”

In his 2010 biography, Blair wrote that his famous description of the “people’s princess” now seemed “corny” and “over the top”, but said it was how Diana saw herself and should be remembered.

“Was Diana, the Queen of people’s hearts? Just look at the evidence,” Morton said. “The mountains of flowers, the fact that people mourned her loss probably in some ways greater than their own members of their own family.”

The Princess: New Documentary Provides a Haunting Look at Diana’s Life in the Public Eye