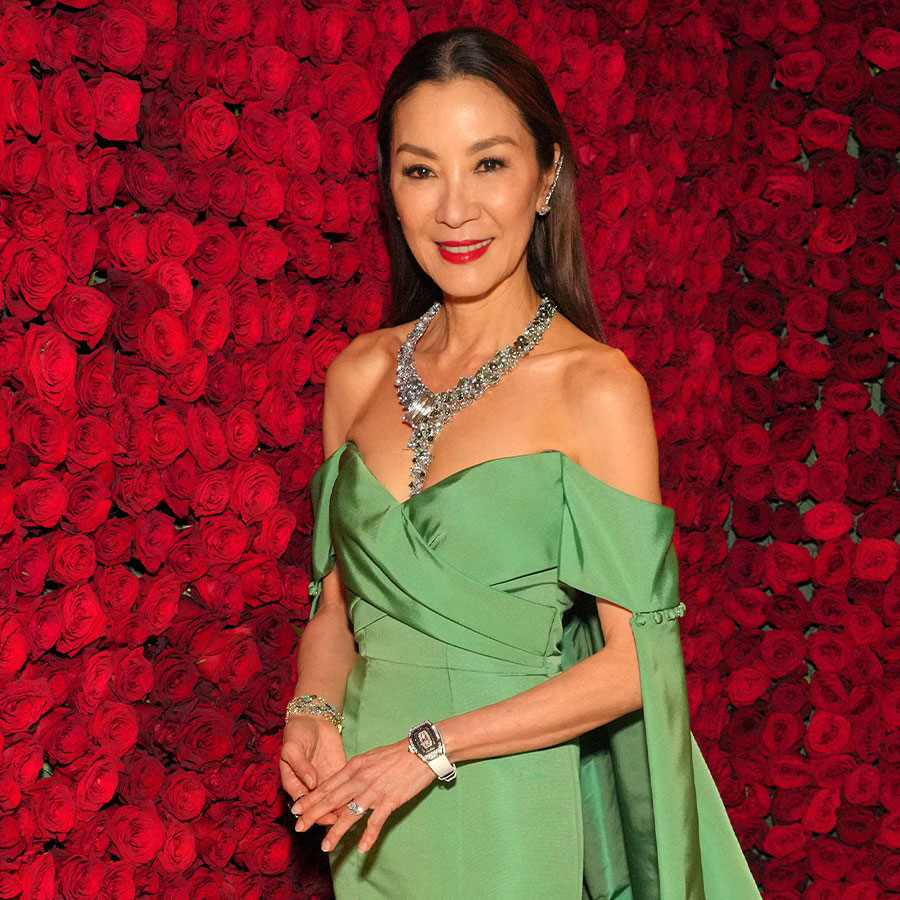 Leave it to Michelle Yeoh to rack up another first.

On Monday, the Malaysian-born actor, who turned 60 earlier this month, was named as the first-ever recipient of the TIFF Share Her Journey Groundbreaker Award, presented by the Toronto International Film Festival to “recognize a woman who is a leader in the film industry and has made a positive impact for women throughout their career.”

No overstatement there. Yeoh — whose 40-year career spans “continents, genres, and decades” in the words of TIFF CEO Cameron Bailey, and whose CV includes blockbusters like Ang Lee’s Crouching Tiger, Hidden Dragon, the Guardians of the Galaxy franchise and Jon Chu’s Crazy Rich Asians, the highest-grossing rom-com in the U.S. in the last decade — is nothing if not trailblazing.

Beginning with Hong Kong action films in the ’90s, Yeoh quickly established herself as a versatile and highly watchable talent able to soar in multiple genres. Witness star turns in diverse roles such as the James Bond epic Tomorrow Never Dies, Rob Marshall’s Memoirs of a Geisha, Danny Boyle’s Sunshine and, most recently, Dan Kwan and Daniel Scheinert’s highly athletic and flat-out weird Everything Everywhere All at Once.

According to a press release, the inaugural TIFF Share Her Journey Groundbreaker Award (sponsored by BVLGARI, for those keeping track) is “inspired by TIFF’s Share Her Journey initiative, which was created to address gender parity in the film industry, to champion women at every stage of their creative journey, and to shine a spotlight on women creators making a significant difference in the industry.”

True to its word, TIFF has proactively sought to showcase works by female directors over the years, many going on to widespread post-festival acclaim. Recent notables include Chloé Zhao, whose spare and elegiac Nomadland scored a 2021 Best Picture while Zhao won Best Director (making her the first Asian woman, and only the second woman ever, to win that award) and the gripping The Power of the Dog, which snagged Jane Campion, 68, the directing Oscar in 2022.

Say what you will, cynically, about awards, especially those tied to a fundraising gala inevitably buoyed by its glittering honouree attendees, but TIFF is nothing if not an awards predictor.

For instance, the list of films that have won the People’s Choice Award and gone on to score big at the Oscars is long and legendary, starting in 1981 with Chariots of Fire (which subsequently won Best Picture) up to 2021’s Nomadland (ditto) with American Beauty (1999), Slumdog Millionaire (2008), The King’s Speech (2010), 12 Years a Slave (2013), and Green Book (2018) also winning People’s Choice and Best Picture along the way.

Similarly, as the Yeoh press release notes, “The TIFF Tribute Awards have served as an awards-season bellwether, with past honourees such as Jessica Chastain, Roger Deakins, Sir Anthony Hopkins, Joaquin Phoenix, Taika Waititi, and Chloé Zhao going on to win awards on the international stage.”

Awards are nice and people tend to show up — and gussy up — for the ceremonies, which is fun to see. Moreover, “The Awards event also serves as TIFF’s largest annual fundraiser to support TIFF’s Every Story fund, which promotes diversity, equity, inclusion, and belonging in film and TIFF’s core mission to transform the way people see the world through film.”

Back to Yeoh, whose own not-too-shabby accolades include being named by film review-aggregator Rotten Tomatoes as the greatest action heroine of all time in 2008, winner of the Cinema Legend Award at the 2015 Singapore International Film Festival, Goodwill Ambassador to the United Nations in 2016, and as one of the TIME 100 Most Influential People of 2022.

“She is the definition of groundbreaking,” says TIFF CEO Bailey in a statement about the new award. “We’re so proud to honour her with the Share Her Journey Groundbreaker Award.”