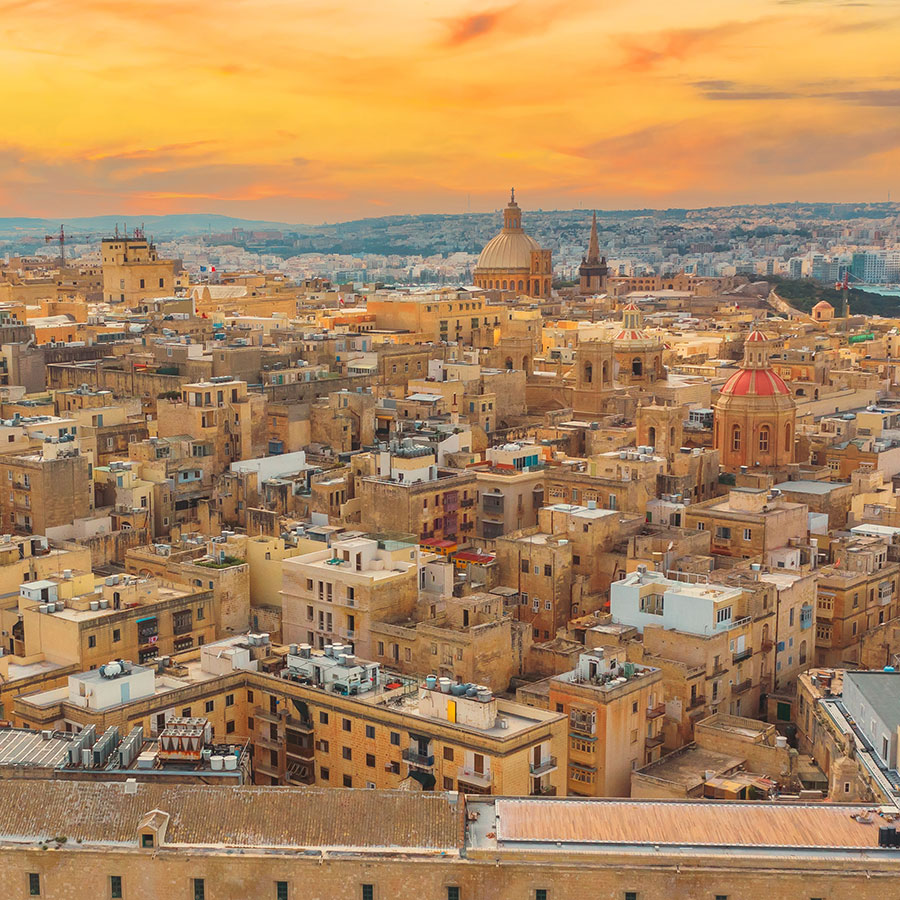 Colin Trevorrow’s latest entry in the Jurassic World franchise, Jurassic World Dominion, took fans to the gorgeous island of Malta, the largest island in an archipelago in the central Mediterranean, south of the Italian island of Sicily. The film’s select scenes were shot in the country’s capital, Valletta, as well as in the towns of Birgu, Mellieħa and Pembroke in the summer of 2020. The rest was filmed in British Columbia and at Pinewood Studios in England.

In support of the Blu-ray and DVD release of the extended edition of Jurassic World Dominion (JWD) on Aug. 16, I had the opportunity to travel to Malta to interview cast members. The nation is known for its historic sites, and the gorgeous narrow streets have a soul of their own, but I also discovered a small country with a big heart, where the Maltese welcome visitors with open arms.

Speaking with me in an interview, Johann Grech, the Malta Film Commissioner, said, “Within our history of filmmaking, and we have nearly 100 years of experience in filmmaking, it’s the first time Malta is Malta in a blockbuster film like Jurassic World Dominion.” The Maltese islands — Malta, Gozo and Comino — have been home to Hollywood blockbusters such as Gladiator, The Count of Monte Cristo, Troy, Game of Thrones, Steven Spielberg’s Munich and more recently, Ridley Scott filmed his upcoming historical drama Napoleon here.

This is not the first time the franchise has allowed viewers to travel the world through the lens of its films. The original Jurassic Park film and the following Jurassic World (2015) and Jurassic World: Fallen Kingdom were filmed in Hawaii, which stood in for the fictitious Isla Nublar, an island off the coast of Costa Rica. While the films weren’t actually shot in Costa Rica, the country’s Isla del Coco was used for Jurassic Park’s intro sequence.

Take a look at some of the stunning backdrops around the world used for the franchise’s filming locations, including Malta, Hawaii and B.C.

“I wanted a city island …” he said in an interview in Malta. “It’s also got a mix of a lot of cultures, a lot of parts of Europe and Northern Africa and the Middle East, and bringing that all into a place that is with old stones and tight, narrow streets that look great when you’re moving forward. The idea of having dinosaurs in the context of old stones …  like they look old to us, but the dinosaurs are way older than anything we’re looking at.”

Trevorrow’s favourite location was over a bridge in Valletta that leads straight to a jazz club named Bridge Bar. “There’s great little crossroads and there are multiple shots from the movie that are on a little bridge that goes over to a jazz club that only plays on Fridays. It’s got a red door; there’s so many pieces right there and it’s the coolest.”

The island stars as a hub for a dinosaur black market in JWD, and introduces velociraptors seen leaping over churches and chasing lead characters Chris Pratt and Bryce Dallas Howard through the streets of Valletta, the capital of Malta, a UNESCO World Heritage site.

Featured as a backdrop for the motorcycle chase scene, St. George’s Square is a picturesque location where shopping is a main attraction — as the roads leading to the square are filled with little boutiques.

In JWD, Claire (Dallas Howard) can be seen chased by a raptor on the rooftop of this museum. Visit the rooftop to get a stunning view of Birgu, an old fortified city on the south side of the Grand Harbour in the southeastern region of Malta.

The Malta Maritime Museum was officially opened in 1992 on the Birgu waterfront, a site which served numerous purposes throughout the ages. During the Order of St. John’s stay in Malta, the site served as an arsenal, where the Order’s galleys were built and maintained. When the island passed to the hands of the British in the 19th century, the entire waterfront was used for victualling services.

The opening scene in Jurassic World Dominion where Pratt is herding dinos was actually filmed in the scenic Kamloops, B.C.

While filming, Pratt took to social media and shared, “Look at this beautiful drive. Kamloops, British Columbia is so beautiful. Good lord, that sun. Wow.”

Even Trevorrow fell in love with the snowy mountains. He said, “I loved [B.C.]. That’s where we started and it was the very first thing we did — we had Chris Pratt out on horseback in the middle of this massive snowy field. Everything you see in that sequence is real except for the dinosaurs. That part of it was thrilling. Yeah, it was so cool.”

Jurassic Park, Jurassic World and Jurassic World: Fallen Kingdom were filmed in Kualoa Ranch. The location is situated in Oahu, one of the Hawaiian Islands in the Pacific Ocean. This gorgeous ranch with the peculiar mountains was used for several parts of the story. You could see the heliport owned by Masrani (Irrfan Khan), raptor trainer Owen Grady’s (Chris Pratt) bungalow and the secure location in which the genetically modified indominus rex resides.

The infamous fallen tree from the first movie is still in place on the ranch and is marked by a Jurassic Park sign.

This area of the island’s northwest coastline was the backdrop not just for Jurassic Park films, but in 2015’s Jurassic World, the island was used for the new Garden Isle. You can even take a helicopter tour while you are in Kauai where you’ll be able to recognize the spectacular Manawaiopuna Falls seen in the film. It has been nicknamed Jurassic Falls after its appearance in the first Jurassic Park movie.

The extended edition of Jurassic World Dominion is now available on Blu-ray and DVD. It includes 14 minutes of extra footage, alternate opening, more action and several more dinos for fans.

Will Travel for Food: A Culinary East Coast Road Trip