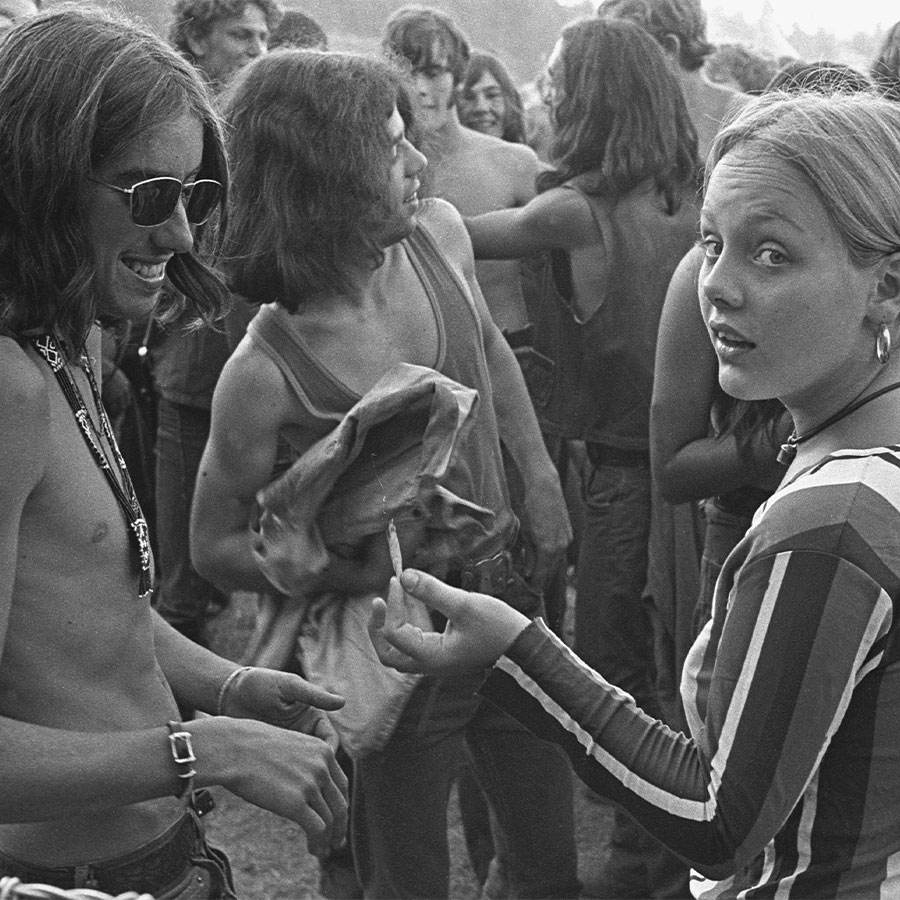 Concerts, like travel did, appear to be having their post-COVID "revenge" moment, and one neuroscientist says cannabis could help us make the most of them. Photo: Steven Clevenger/Corbis via Getty Images

Concerts are back, in a big way. Video circulating social media of Coldplay’s recent takeover of Wembley — a 90,000-capacity stadium, for six nights! — exemplifies just how big. There were fireworks.

The thought of such “re-entry” leave you feeling anxious? I baby stepped my way back this summer, starting with The Black Crowes (which did not disappoint) at Toronto’s open-air, 16,000-capacity Budweiser Stage (formerly Molson Amphitheatre). Still, when it came time to move from the wide-open grass into the close quarters of our seats under the roof, I was uneasy.

Less rusty, my second act would be Harry Styles, at Toronto’s Scotiabank Arena (19,800 capacity), at the invite of Canopy Growth. The pre-show for myself and a small group of journalists would include the opportunity to sample the company’s cannabis-infused beverage brands — Deep Space (10 mg THC); Tweed (5 mg THC); Ace Valley (2.5 mg THC, 5 mg CBD; 2 mg TCH, 10 mg CBD) — and a discussion on the combination of cannabis and music with neuroscientist, musician-producer and bestselling author Daniel Levitin, 64, (Successful Aging, This Is Your Brain on Music, The Organized Mind).

“I think of going to a concert as a socially stressful event, especially post-COVID,” he said. “The first dinner I had with my best friend, we hadn’t seen each other in a year-and-a-half, was really stressful — even though he was my best friend, and we’d been talking on the phone. It was stressful because we weren’t used to being around people.”

Levitin says, like taking a moment to take a breath, cannabis can help “facilitate the reduction” of such anxiety. It helps reduce the chatter, as he puts it, our minds make.

“What we know from a number of studies is that cannabis interferes with your short-term memory in a beneficial way,” he explained.

“Not in a I’m-going-to-lose-my-car-keys kind of way. It allows you to just really immerse yourself in the moment. To not think too closely about what’s about to happen, which can really be the enemy of calm.”

He went on to explain that cannabis does to our brain what our brain does naturally.

“The interesting thing about cannabis that most people don’t realize is your brain has cannabinoid receptors. And your brain produces cannabinoids all on its own as a normal part of the day.”

Yup, they’re called endocannabinoids — endo meaning within the body —discovered recently, in the ’90s, and they work with our endocannabinoid system to regulate functions including energy balance, blood pressure, pain and immune response.

So what happens when we enhance, as Levitin puts it, the system with cannabis?

In addition to helping us to be more in the moment, it helps regulate neurochemicals like serotonin and dopamine, pleasure hormones. “So, cannabis can help activate those centres and put you in a better mood.”

Happier, and not thinking about what time you have to work in the morning or whether you turned off the stove. It certainly helps explain why pot is so popular on concert floors, lawns, stands … wherever.

It also helps us get into the music.

“If you’re looking forward too much, that’s stressful. With cannabis you can zero in on the moment,” said Levitin, whose lab at McGill University studies music’s effect on the brain.

“And music is so multidimensional. There’s rhythm and pitch, there’s the timbre — that’s the sound of instruments, and Harry Styles’ voice, as distinguished from somebody else’s voice, there’s harmony … and normally you can only pay attention to one thing at a time. Cannabis facilitates the integration of these things precisely because it’s narrowing the intentional focus to what’s happening right now.”

But, will it help us be more open to an artist?

(Not that I don’t like Harry Styles. I’m particularly a fan of his gender-busting style. And applaud his reverence for his elder artists, like our own Joni Mitchell and Shania Twain.)

“So there are a variety of ways to get into that intentional state of openness, as you put it, and cannabis is just another arrow in the quiver of total immersion. [But] it’s not going to force you to like something,” said Levitin, with a chuckle.

There were bands he didn’t get until listening to them with cannabis. For him, Pink Floyd was one. Would Harry Styles be our Pink Floyd? All I can report is no one in our group was frowning at the end of the concert.

Author and Neuroscientist Daniel Levitin On Happiness and Longevity

Music Therapy: Could Doctors Prescribe Music Like a Drug?