Star Trek Day: 15 Out-of-This-World Facts About the Show on Its 56th Anniversary 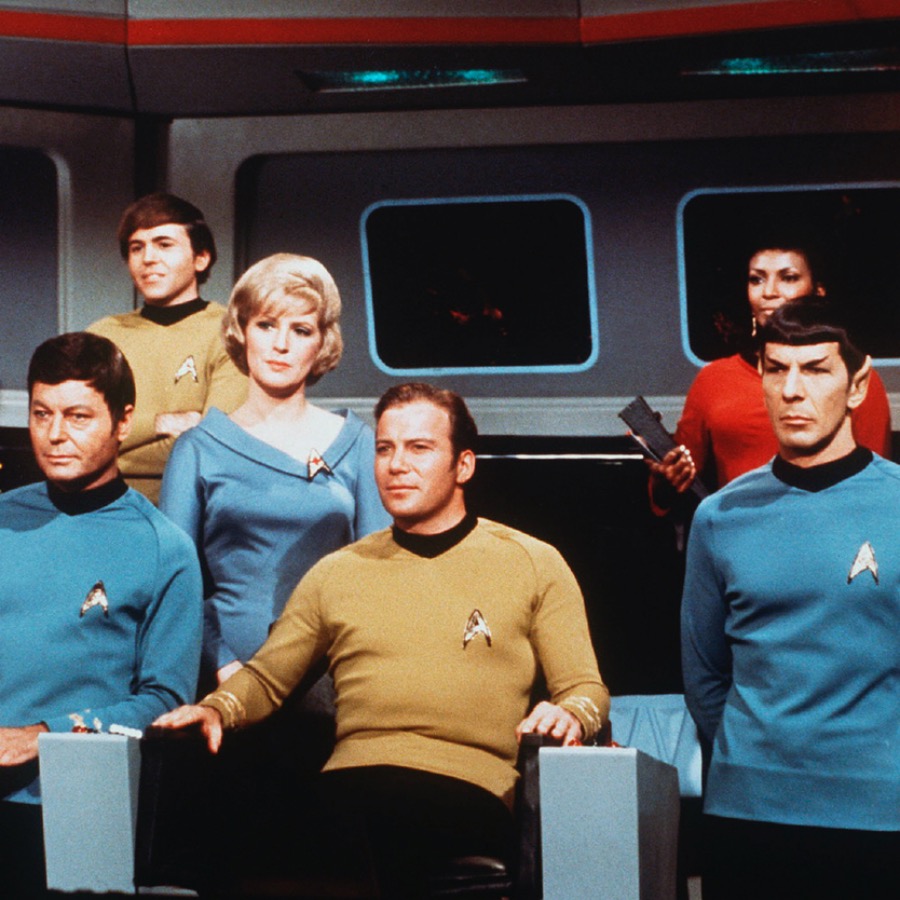 It didn't quite complete its five-year journey, but the original 'Star Trek' series left a TV, and trivia, legacy worthy of noting in any Captain's Log. Photo: Sunset Boulevard / Corbis via Getty Images

Before Trekkies around the world get excited about Star Trek’s 56th anniversary today, we need to acknowledge one thing — we’re all late to the party. The legendary space show actually first aired right here in Canada on CTV on Sept. 6, 1966. It didn’t air in the U.S. until two days later — Sept. 8 — meaning the real 56th anniversary was two days ago. Still, given Star Trek holds the Guinness World Record for most TV and film spinoffs from one series — including movie and television versions — our Trekkie friends to the south can be forgiven for mixing up a few broadcast dates.

So, to celebrate the 56th anniversary of Star Trek’s (American) television debut on Sept. 8, we dug through the annals of Captain’s Logs to find 15 facts about the famed show that you may not know.

1) It’s reported that William Shatner’s name was displayed 10 per cent larger than Leonard Nimoy and DeForest Kelly in the show’s opening credits. Hey, he’s the captain.

2) Lucille Ball, who co-founded and ran Desilu Productions, which produced Star Trek, almost nixed the show due to budget issues at the studio. After some convincing she came around and allowed the S.S. Enterprise to continue boldly going…

3) The original idea for Star Trek, as conceived by creator Gene Roddenberry, would have seen the crew travel through space on the starship Yorktown.

4) The episode “Tomorrow Is Yesterday,” which aired January 26, 1967, saw our favourite space crew travel through time and land in the 1960s where, in the show, a news report tells of three astronauts who would land on the moon. Two years later, the Apollo 11 lunar mission, consisting of Neil Armstrong, Buzz Aldrin and Michael Collins, launched and, on July 20, 1969, landed on the moon (though technically Collins never set foot on the moon).

5) The phrase “Beam me up, Scottie” is never actually used in any Star Trek episode.

6) Though supported by a devoted fan base, Star Trek’s ratings actually declined over its three seasons.

7) James Doohan, who played the Enterprise’s famed Chief Engineer Scottie, didn’t actually have a Scottish accent. In fact, he wasn’t even Scottish. Doohan was Canadian, born in Vancouver in 1920. His parents did emigrate from the United Kingdom, but they were Irish.

8) The actor who played Spock’s Vulcan father Sarek, Mark Lenard, also played a Romulan Commander in the 1966 episode “Balance of Terror” and a Klingon Commander in the series’ first film Star Trek: The Motion Picture in 1979. According to IMDB, he’s the first actor to portray all three major alien races.

9) True to his species’ tendency toward long lifespans, Spock is the only character from the original Star Trek pilot to appear in the actual series.

10) Who knew that Martin Luther King Jr. was a Trekkie? Evidently he was a fan of the show, and the character of Lt. Uhura, played by Nichelle Nichols, who made history as one of the first major African American characters on television. When word got out that Nichols planned to leave her job on the show, Dr. King personally asked her to reconsider. As Nichols told the New York Daily News, “He said I had the first non-stereotypical role, I had a role with honour, dignity and intelligence. He said, ‘You simply cannot abdicate, this is an important role. This is why we are marching. We never thought we’d see this on TV.'”

11) Speaking of Lt. Uhura, the groundbreaking interracial kiss between she and Captain Kirk was originally scripted to be between Uhura and Spock. Evidently, William Shatner wanted in on the piece of TV history and, according to Nichols herself, demanded a re-write.

12) The show’s producers originally asked Lloyd Bridges to take the captain’s chair on the Enterprise, but he turned down the opportunity to boldly go where no man has gone before.

13) In two episodes — “Miri” and “City on the Edge of Forever” — outdoor sets from another classic television show are visible. Landmarks from the town of Mayberry, such as the barbershop and courthouse, are easily visible in the episodes and identifiable as being from The Andy Griffith Show.

14) William Shatner, due to his dislike of watching himself on screen, claims he’s never seen an episode of Star Trek.

15) Star Trek’s legendary opening theme, which sounds like it’s played on a Theremin, actually has lyrics. Ironically, the Theremin wasn’t actually played on the song but, rather, the unique sound is the voice of American coloratura soprano Loulie Jean Norman.

This article was originally published for Star Trek’s 50th anniversary in 2016.