Susan Sarandon On Her New Series, ‘Monarch,’ and the Time She Turned Down a Game of Ping-Pong with Prince 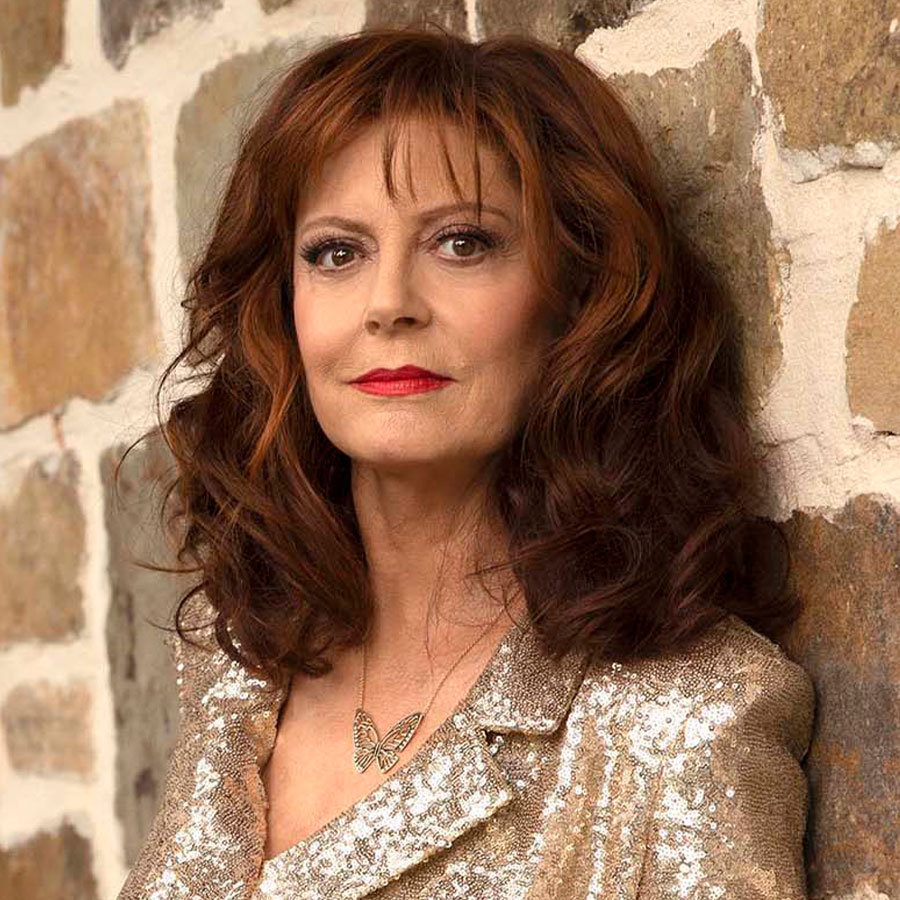 Susan Sarandon, 75, says she took on the role of Dottie Roman in 'Monarch' because "she’s tough. I wish I were as tough as Dottie." Photo: Drew Hermann /FOX © 2022 FOX Media LLC.

Does Susan Sarandon have any regrets?

The question was put to the Academy Award-winning actress, 75, in late August on a virtual interview session prior to the launch of her new TV series Monarch — the saga of a chart-topping yet dysfunctional country and western music family (think Dynasty meets The Judds) that premieres on Global in Canada on Sept. 14.

“Um, yeah,” said Sarandon. “I regret that when Prince asked me to play ping-pong I said, ‘I’ll get you somebody that’s much better.’”

Sarandon is dead serious. She met the late “Purple Rain” rock star in a private room at her ping-pong lounge, SPIN. [There is one location in Toronto.]

Sarandon has a second regret, this one involving the most recent incarnation of the fabled band The Grateful Dead. “They asked me if I wanted to, um, do some acid and play the triangle on stage recently and I didn’t do either because I thought, ‘How will I get off once I get on?’ And I was like, ‘No, no, no, I, that’s nice, but no thanks.’ So that was two times I regretted.”

Sarandon is, of course, best known for roles in films such as The Rocky Horror Picture Show, The Hunger, Bull Durham, Thelma & Louise and the 1995 film Dead Man Walking, for which she won the Best Actress Oscar.

And now, at 75, it seems her only regrets or disappointments involve things that she did not do.

“I know it sounds corny, but I did learn from everything,” she said. “There are things that I wished I had a shot at that I didn’t get,” she added, referring to un-named film roles that got away. “But I don’t really have any regrets.

“Although,” she says after a pause, “I wished I had made my mistakes quicker.”

“As in earlier?” she was asked.

“Faster,” she replied. “I wish I had figured it out and once I knew it, got out of town or whatever needed to be done.”

Sarandon, though, certainly has no regrets about taking on the role of country and western superstar Dottie Roman on Monarch.

“One of the reasons I did it was because I knew nothing about country [and] western,” she says.

One similarity with her character, says the actress, “is that I would kill for my kids.” She has three children: a daughter with Italian filmmaker Franco Amurri named Eva Amurri [she appears on Monarch as a younger version of Dottie in flashbacks], and two sons, John “Jack” Henry and Miles Robbins, both from her relationship with actor Tim Robbins.

She also enjoys playing Dottie because “she’s tough. I wish I were as tough as Dottie. She’s got good boundaries. She’ll follow through.”

From the Silver to the Small Screen

Sarandon has been nominated for five Academy Awards. Her first came for her performance as a young waitress from Saskatchewan in the Franco-Canadian feature Atlantic City (1981). That film also featured Burt Lancaster, Robert Goulet, Al Waxman and future Zoomer founder and CEO Moses Znaimer.

She was also nominated for Thelma & Louise (1992), Lorenzo’s Oil (1993), and The Client (1995) before finally winning for her role as a nun opposite Sean Penn (with whom she was briefly involved) in Dead Man Walking.

In recent years, however, she has done her share of TV work. In 2017, she stood out as Bette Davis in the first season of Ryan Murphy’s FX anthology series Feud. She also had roles on The Big C and Ray Donovan.

As well, she’s clocked many guest appearances, including on Friends, Malcolm in the Middle, 30 Rock From the Sun and Sesame Street — and twice as a voice actor on The Simpsons.

Sarandon says her Friends appearance (which you can watch below) was extra fun because, “it was the first time that I acted with my daughter.” She also acted with Amurri in The Banger Sisters opposite Goldie Hawn (2002).

In fact, Sarandon’s list of screen credits from this century, while in her sixties and seventies, is impressive. In terms of voice work alone she has contributed to American Dad, Rick and Morty and Robot Chicken and has appeared on Saturday Night Live twice.

When it comes to getting older, Sarandon says she tells her own children, now in their twenties and thirties, to simply focus on being happy.

“Don’t compare yourself to anybody else,” she says, adding, “don’t look at your age. I think time exists just to make you feel bad about yourself.”

She also thinks the worst thing you can do is mope about being “too old” for this, or having to become “too serious” for that.

“We don’t teach our kids that success has to do with being happy,” says Sarandon. “If you can find a way to be authentic and kind, you’ve done it.”

She is also thankful to have inspired others.

“I answer all my fan mail,” she says, “and it’s amazing to me how many stories I get where Thelma and Louise or The Rocky Horror Show or Lorenzo’s Oil or something has really somehow struck a chord with somebody that has changed their life.

“What a great business to be in,” says Sarandon, “as long as you don’t take yourself too seriously.”

Monarch premieres on Wednesday, September 14 at 9 p.m. ET on Global, and then moves to Sundays beginning September 25.

Susan Sarandon Opens Up About Her Unexpected Breakup

Designing ‘Dynasty’: How the Style of the Legendary 1980s Series Embodied the Excess of the Decade