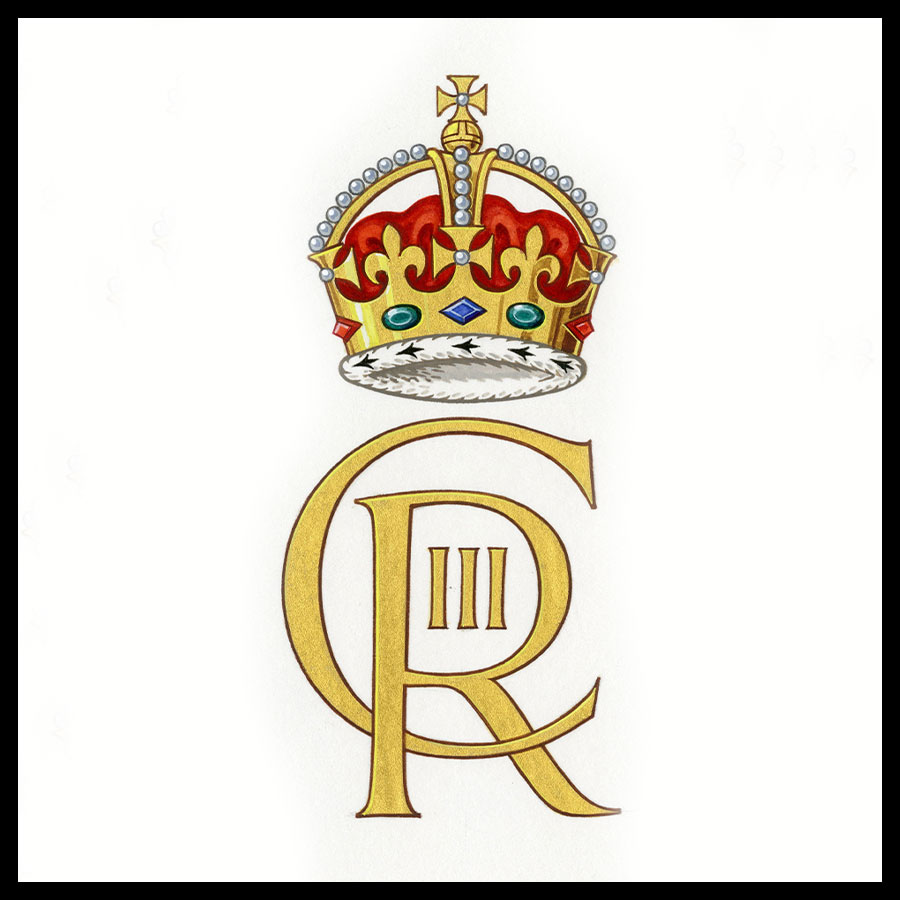 The new cypher that will be used by King Charles III. Photo: Buckingham Palace/Handout via Reuters

As the country begins adapting to its first new head of state for 70 years, the makers of its currency and stamps said they would begin the slow process of switching from using an image of the late Queen Elizabeth to the new king.

“The first coins bearing the effigy of His Majesty King Charles III will enter circulation in line with demand from banks and post offices,” said Anne Jessopp, the Chief Executive Officer at the Royal Mint.

“This means the coinage of King Charles III and Queen Elizabeth II will co-circulate in the UK for many years to come.”

The replacement process will take some time with the Royal Mint estimating there are some 27 billion coins bearing an effigy of the late queen who died this month.

Likewise, the Bank of England said banknotes with a portrait of Charles were expected to enter circulation by the middle of 2024, and it would reveal images of the updated notes by the end of the year.

Meanwhile, the Royal Mail said the current picture of the late queen used on “everyday” stamps would be updated to feature an image of Charles. Those new stamps will enter circulation once the current stock are exhausted.

All existing currency and stamps bearing the queen’s image will remain valid.

Buckingham Palace has also unveiled the new cypher for Charles — the sovereign’s monogram which is used on state documents, by government departments and by the Royal Household for franking mail as well as appearing on pillar boxes — but only new ones that have not yet entered production.

The cypher, selected by the new monarch from a series of designs prepared by the College of Arms, consists of the initials ‘C’ and ‘R’ — representing Charles’s name and “Rex”, the Latin for king — alongside a depiction of the crown.

“The decision to replace cyphers will be at the discretion of individual organizations, and the process will be gradual,” the palace said.