The Visit Revisited: Thirty Years After Her Eclectic Celtic Album, Loreena McKennitt Is on the Road Again 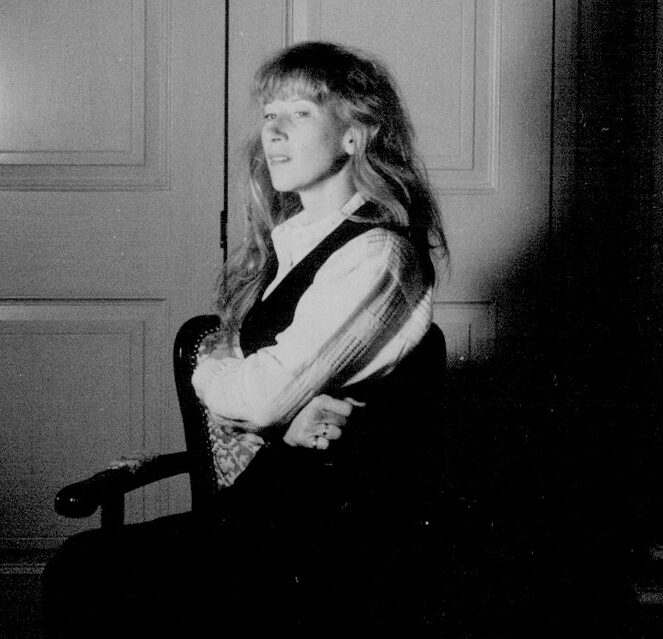 Leave it to Loreena McKennitt to invigorate the well-worn concept of touring a classic album in its entirety. The 65-year-old Stratford, Ont.-based composer, multi-instrumentalist and noted philanthropist is set to hits stages in Ontario and Quebec — beginning with a show in Stratford on Sept. 30 — to recreate The Visit, her celebrated fourth studio album, which established her globally. She has successfully toured ever since, most recently for 2018’s Lost Souls album.

Released in Canada in 1991 and internationally in 1992, The Visit was unique, a merger of Celtic sounds with ethereal folk and New Age-y lyrical mysticism, with its traditional cello, fiddle and accordion abetted by oddball instruments like tamboura, balalaika and uillean pipes.

Among the album’s other beguiling curiosities are musical adaptations of Alfred, Lord Tennyson’s poem “The Lady of Shalott” and Shakespeare’s play Cymbeline, a rendering of the traditional gem “Greensleeves,” plus a handful of McKennitt originals. Goths went mad for it, as well as a broad cross-section of listeners hungry for something more nuanced and cerebral than the music on the airwaves at the time, namely hits by C+C Music Factory and Color Me Badd. Then, as now, The Visit sounds timeless.

It cemented McKennitt’s status as a wildly successful independent touring and recording artist at a time when major record company support was essential. The Barenaked Ladies and their smash, self-released 1991 cassette, The Yellow Tape, are often cited as Canada’s original music-industry gatecrashers. But by that time, McKennitt had issued three critically acclaimed indie albums and toured Canada on her own dime, setting the stage for The Visit’s dynamic arrival.

“I think the grassroots nature of how I built my career from 1985 to 1991 gave The Visit a fair chance of succeeding,” McKennitt confirms from the Stratford offices of Quinlan Road, her bespoke record label and management office. “Had I signed with a major record company in 1985, when I started my career, I don’t think things would have worked out as they did.”

Indeed, McKennitt — who famously busked at Toronto’s St. Lawrence Market in her early days, after relocating to Ontario from Morden, Man. — was clearly regarded as an unmarketable square peg by an industry that, by late 1991, was pushing grunge into the mainstream.

The Visit Revisited tour, which heads overseas in 2023, features McKennitt on vocals, piano, harp and accordion, alongside cellist Caroline Lavelle, violinist Hugh Marsh and long-time collaborator and guitarist Brian Hughes. The quartet will play the album, in sequence, along with other selections from McKennitt’s catalogue. The tour also promotes The Visit: The Definitive Edition, a sprawling, four-CD plus Blu-ray set, featuring a remastered version of the original album, as well as expanded liner notes, remixes, interviews and other fan-friendly bells and whistles.

What is it about the album — inspired partly by an exhibition on Celtic history McKennitt attended in Venice in 1991 — that resonates with audiences 30 years on? “It’s hard to be objective,” chuckles McKennitt, whose multiple accolades include the Order of Canada, as well as France’s Knight of the National Order of Arts and Letters.

“It has folk elements but classical elements, too. I’d like to think there’s strength in the melodies and the quality of my voice.” All that is coupled with the arresting sight of the black-clad singer projecting a kind of hip sorceress vibe while landing, sonically, somewhere between Kate Bush and Enya. No wonder the album was, and remains, groundbreaking.

“The Visit certainly was a seminal recording for me. It launched my career outside Canada,” McKennitt says.

“For this tour, there are only four of us, so we can’t exactly emulate the sound of the record. I’d love to be able to bring everyone on tour, but financially and logistically, it’s just not possible. So, let’s call it a rendering of the music in a quartet setting.”

A version this article appeared in the August/September 2022 issue with the headline ‘The Visit Revisited’, p. 22.