Ticket to Paradise: George Clooney and Julia Roberts Team Up Down Under for New Rom-Com 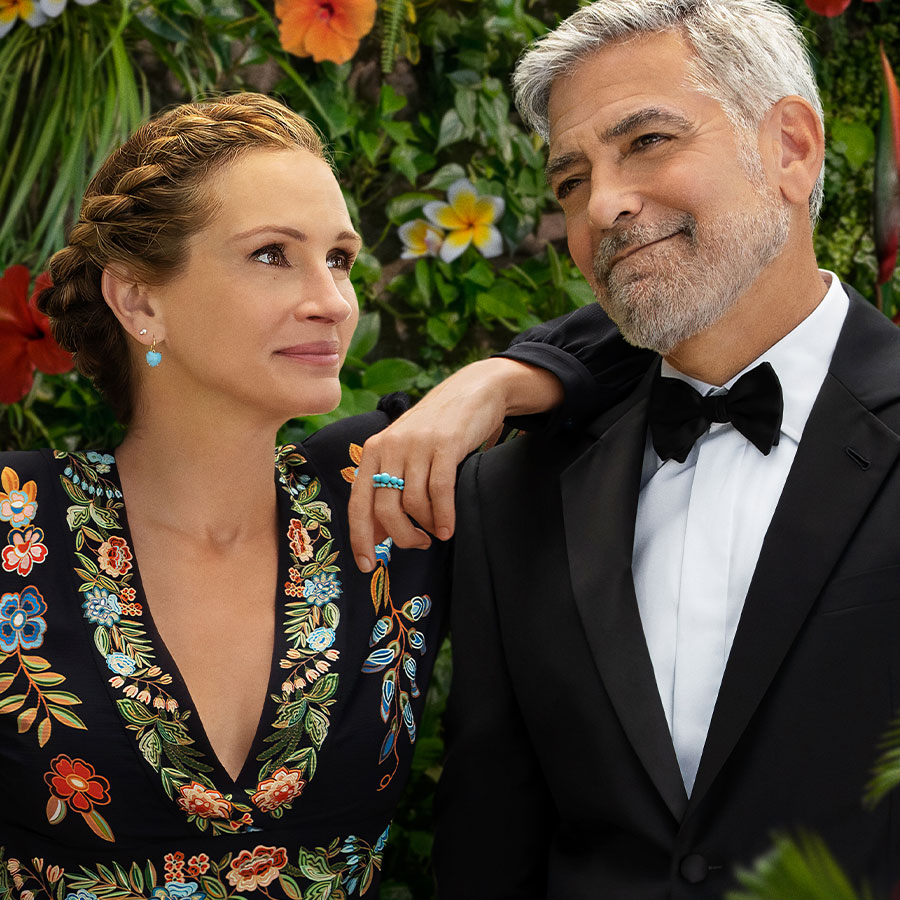 People go to the movies for all sorts of reasons: to be engaged, enlightened, and immersed in foreign worlds. They seldom go for the sheer joy of observing two massively watchable stars at the top of their game, hamming it up and having a ball. But such an opportunity knocked on Friday (Oct. 21) with the opening of romantic comedy, Ticket to Paradise.

The film features real-life pals and frequent co-stars Julia Roberts, who turns 55 on Oct. 28, and George Clooney, 61, as the bitterly divorced parents of Lily (Kaitlyn Dever, from 2019’s brilliant Booksmart), who is about to spontaneously marry a local in Bali where she is holidaying.

The couple must set aside their deeply entrenched hostility to bilaterally squelch Lily’s plan, of which they — perhaps sensibly — disapprove. As the trailer shows, much comedic hay is made of Roberts’ and Clooney’s barbed sparring, which, presumably, will ultimately draw their characters together once more.

But that’s just so much plot. The fun will be in watching the megawatt stars in a gorgeous setting —actually Queensland, Australia, as Indonesia was in strict pandemic lockdown at the time of the film’s production. That, along with the fact that actor Maxime Bouttier — who plays Lily’s love interest and is of mixed Indonesian and French descent — drew some early criticism for cultural recklessness.

Neither, however, seems likely to dent the film’s appeal. Directed by 53-year-old Ol Parker — who brought a similarly deft touch to 2018’s Mamma Mia! Here We Go Again, as well as the Best Exotic Marigold Hotel films, which he scripted — Ticket to Paradise promises a sum at least as great as its towering component parts. Worst case scenario: two hours spent with erudite eye candy on a beach. Count us in.

“When you start writing a movie, you assume it’s not going to happen,” writer-director Parker revealed to Entertainment Weekly ahead of his film’s opening. “You never think George [Clooney] and Julia [Roberts] are actually going to say yes. That’s just a ludicrous pipe dream. I thought I’d get to go to Bali a few times, and see some sites and make some friends, but it turned out to be Australia instead.”

For their part, both Clooney and Roberts admit making the film was a joy, with Roberts — separated from her U.S.-based family while shooting Down Under — cosying up with pal Clooney, wife Amal Clooney and their kids.

“The Clooneys saved me from complete loneliness and despair,” Roberts adds. “We were in a bubble, and it’s the longest I’ve ever been away from my family. I don’t think I’ve spent that much time by myself since I was 25.”

Grey Hair: Fine for George Clooney but Not Lisa LaFlamme?