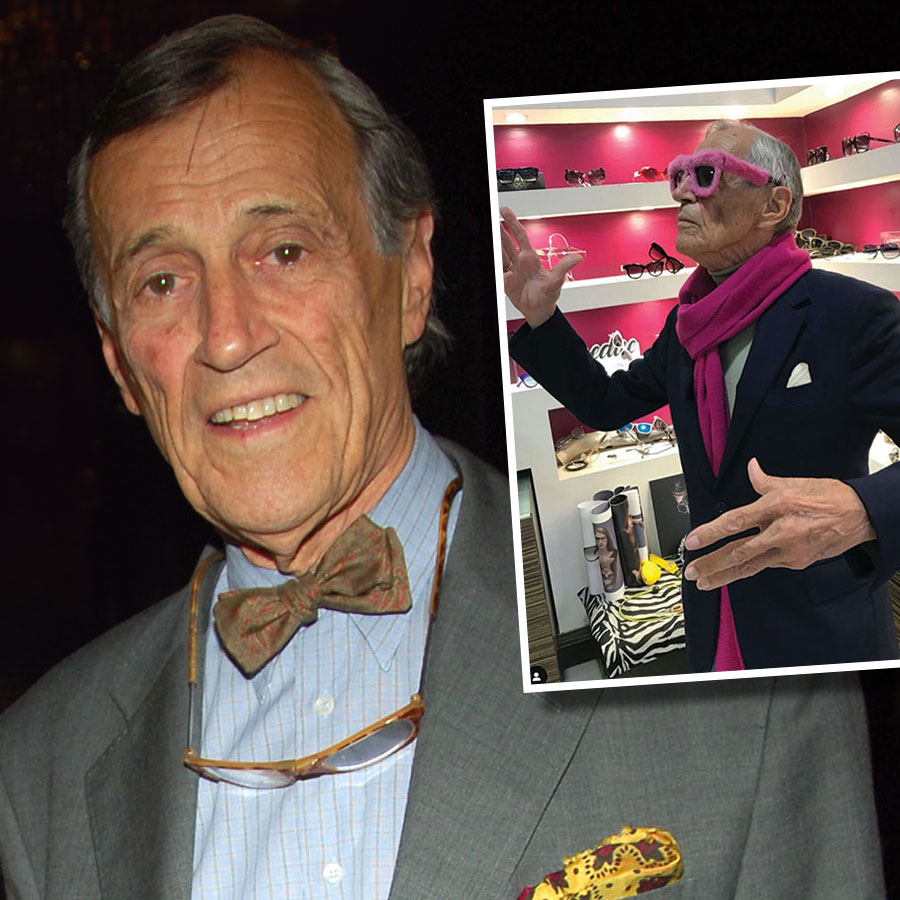 Frederick “Freck” Vreeland was born with style dashing through his veins: His French American mother was none other than legendary fashionista Diana Vreeland. The OG Anna Wintour was an editor at Harper’s Bazaar from 1936 to 1962 and editor-in-chief of American Vogue from 1963 to 1971, and — just as Wintour is today — the dedicated brains behind the Met Ball, which she single-handedly transformed from stuffy fundraiser to costume-party extraordinaire. Diana’s circle of fabulous, fashionable friends included British celebrity photographer Cecil Beaton; the Duchess of Windsor, Wallis Simpson; and former U.S. first lady Jackie Kennedy, for whom Diana acted as personal stylist. Coco Chanel was a close friend and the late Vogue editor-at-large, André Leon Talley, was a devoted mentee.

Diana was no less glamorous at home, where her youngest son’s earliest memories include his mother dressing impeccably before ample nights out on the town with her equally debonair husband, a jet-setting international banker. Dad was “always dashing, not a hair out of place,” Mom “extravagantly made up and perfumed,” writes Freck in his impending memoir with the working title, Please Call Me Freck. The book will chronicle his life as U.S. Merchant Marine Cadet turned Cold War-era CIA operative and eventual U.S. ambassador to Morocco, where he has a home (as well as one in Rome). Along the way, Freck has hobnobbed with everyone from former U.S. president George H.W. Bush to the Dalai Lama.

Freck’s silver-screen-worthy life story, starting with an unconventional childhood with his iconic mother, shines in a modern medium she wouldn’t even recognize — namely Instagram and Twitter, where @freckvreeland is a welcome addition to the “granfluencer” trend. It now extends to TikTok, where “the over-65 set is thriving,” according to a recent New York Times story about a surprising set of stars that are having the time of their lives, largely poolside. Alongside similar pics (albeit, with more clothing) of Vreeland’s colourful and delicious overseas retirement, however, his Instagram features classic vintage photos of his famous mother, whose so-called flaws inspired the 1957 Audrey Hepburn film Funny Face.

“My mother had a gloriously beautiful sister who her father always said was so beautiful,” he recalls. “But to my mother, he’d say, ‘You poor thing, you have my nose.’” What might have been a putdown to spark a lifetime of insecurity became Diana’s calling card in life and fashion. “She loved highlighting her own, and other people’s flaws, making them into a thing of beauty,” writes Vreeland in a recent Instagram post.

Thanks largely to the Vogue editor’s personal-confidence-turned-professional-mandate, a new beauty era began where interesting faces trumped boring perfection. Without Vreeland, for example, we wouldn’t know ’60s supermodel Twiggy or Oscar-winning actress Anjelica Huston. “She made it okay for women to be outlandish and extraordinary,” Huston said in the 2011 documentary Diana Vreeland: The Eye Has to Travel.

This is just one of many lessons Diana imparted to her son who, at 95, looks as dapper as ever in his tailor-made jackets (though, for the record, Freck happily buys off the rack, too). No matter your age or upbringing, even the most sartorially challenged can cultivate better style, he says. Via Zoom from his home in Morocco, Freck spills his secrets on stylish dressing at any age.

Seven Tips for the Chic Gent

The Vreeland family has a knack for inventing new words; at Vogue, for example, Diana coined the term “youthquake” to describe the imminent arrival of the stylish, swing-ing ’60s. Freck’s linguistic claim to fame, meanwhile, is going “full gallop” — that is, all the way, no corner-cutting allowed and every detail matters.

Shave and Show Your Face

If there was any men’s fashion trend that Vreeland would love to see cycle (and stay) out of vogue, it would be the scruffy look. “It seems to be all the rage these days, but I’m just not fond of facial hair.” He says a beard or retro moustache only ages a man, so make like Freck and begin the day with the smoothest face you can swing. “One of the first things I do every morning is shave with an electric razor.”

Now that your face is on display, absolutely do not hide it behind a hat (especially if, like Vreeland, “you’re blessed with some hair left”). Another accessory that can date you? Socks. Tall and bold with funky prints are best, whereas boring and grey make you look, well, boring and grey. Most important of all, “never ever wear short socks under long or short pants,” he cautions. “Better no socks than short socks!”

At least for daytime (more on this later), do not shy away from even the boldest of colours. “I once had a pair of tight-fitting yellow suede bell bottom pants,” Vreeland recalls proudly. Although he’s colour-blind and can’t tell red from green, he is still able to see bright, contrasting shades of other colours,
which he embraces so they
pop against and complement each other.

You might think, having grown up surrounded by Vogue-worthy de-signers, that Vreeland is decked head to toe in designer labels. But nope, he doesn’t care much about fancy brands at all. “The most important thing is the feel of the material, which I want to be very light, but also warm,” he says. Vreeland loves breezy wools and cashmeres and, for full sensual effect, never ever wears an undershirt.

For Vreeland, a bowtie “makes one look happy,” he says. Moreover, his famous accessory showcases a rare skill that few possess. “Anyone can wear a tie, but to tie a bowtie is very distinguished.” If there’s anything you wear particularly well and suits you, lean in and make it your own.

“Call me old-fashioned, but when the light fades, dark jackets come out,” say Vreeland. Don’t just throw it atop your day clothes, as evening wear is entirely different — and therefore requires a complete and careful costume change. An elegant after-work ensemble is non-negotiable, whether you’re hitting the town or not, dressing up or down (but mostly up). Or, as Vreeland puts it, no matter the occasion, go “full gallop.”

A version this article appeared in the August/September 2022 issue with the headline ‘Freck Vreeland Joins the Granfluencers’, p. 48.

Remembering André Leon Talley, a Man of Wildean Flair Who Rose From the Segregated South to Become One of the World’s Most Revered Fashion Icons