After a COVID Delay, ‘MADDADDAM’ Ballet — Based on Margaret Atwood Trilogy — Set to Première 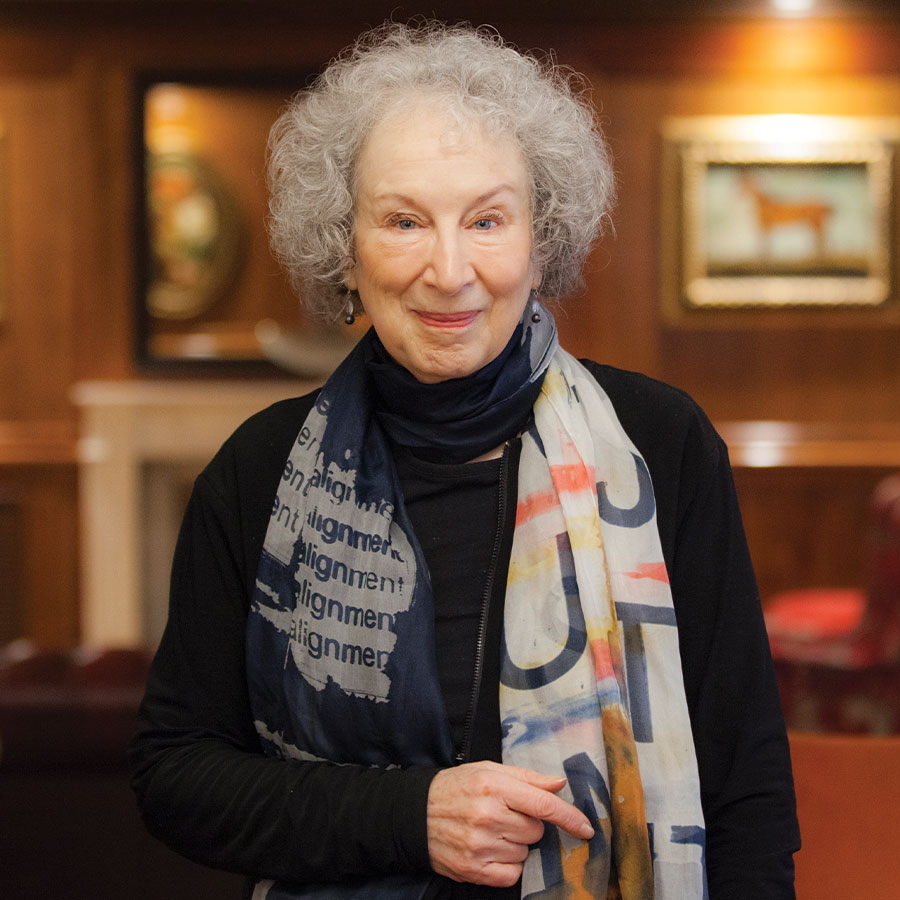 Margaret Atwood pictured in 2017, the same year that she met with famed choreographer Wayne McGregor to discuss adapting her 'Maddaddam' trilogy for the ballet stage. Photo: Leonardo Cendamo/Getty Images

There’s a certain irony in the idea of a ballet centred around a fictional pandemic having its opening delayed for two years by a real pandemic. But that’s exactly what happened with MADDADDAM, the much-anticipated adaptation of Margaret Atwood’s literary trilogy by famed British choreographer Wayne McGregor for The National Ballet of Canada (NBC).

The 52-year-old McGregor, who is the resident choreographer for England’s Royal Ballet, had approached Atwood, 83, in 2017 about adapting her Maddaddam trilogy of novels —  Oryx and Crake (2003), The Year of the Flood (2009) and Maddaddam (2013), for the ballet stage. He arranged the meeting through Karen Kain, the NBC’s then-artistic director. “I’ve been a lifelong fan of the novels and I wanted to work on a project with her,” McGregor told Dance International. “Karen arranged a breakfast with the three of us, which was amazing. Then Margaret came to see Genus [McGregor’s ballet inspired by Charles Darwin’s On the Origin of Species] and wrote me a lovely note afterwards. That’s how it all started.”

Atwood, for her part, told the NBC that the idea of adapting the Maddaddam trilogy — a dystopian tale about a scientist who initiates a pandemic in order to wipe out humanity to allow his own genetically engineered species to thrive, as well as the few humans who survive and navigate the fallout — is a natural fit for the ballet stage.

“My first thought was, let’s do this. Because I’d always had this idea that it could be a ballet,” Atwood said. “It’s very visual and it’s very bizarre.”

And McGregor himself told the Globe and Mail that, despite his position with The Royal Ballet across the pond, it was important to him to debut this ballet in Canada.

“I felt with a Canadian writer, it was a really Canadian project,” McGregor said. “And I thought it would be really lovely to make it here.”

Then, of course, as it did for so many others, the COVID-19 pandemic threw a wrench into the ballet’s plans. The original 2020 première didn’t happen, and now MADDADDAM is set to make its world première at the NBC on Nov. 23.

The production has, understandably, changed in the two years since MADDADDAM was originally slated to open, including adding references familiar to those who lived through the real-life pandemic.

McGregor told the Globe and Mail that, “it has an even deeper resonance” now, and that “we’ve tried to build the images now in relationship to what we’ve all been through.”

Cityscapes in the production from different Canadian locales, including Toronto, will also prove recognizable to audiences.

“Themes of extinction and invention, hubris and humanity are spliced together with aspects of Atwood’s activism and her deep connection to the Canadian landscape, past and present,” the NBC adds on its website, which also notes that the production “features original music from the ground-breaking contemporary composer Max Richter.” McGregor and Richter have worked together on numerous projects in the past.

“I think it will be amazing. It’s going to be a massive production,” Atwood told the NBC. “Wayne has done some pretty big projects lately and he’s an unconventional thinker. That is what you need for a project like this. I’m looking forward to the big revelation.”

MADDADDAM runs at The National Ballet of Canada in Toronto from Nov. 23 -30. Click here for more information.