Royal Trip to U.S.: Prince and Princess of Wales Cheer on Boston Celtics at Basketball Game 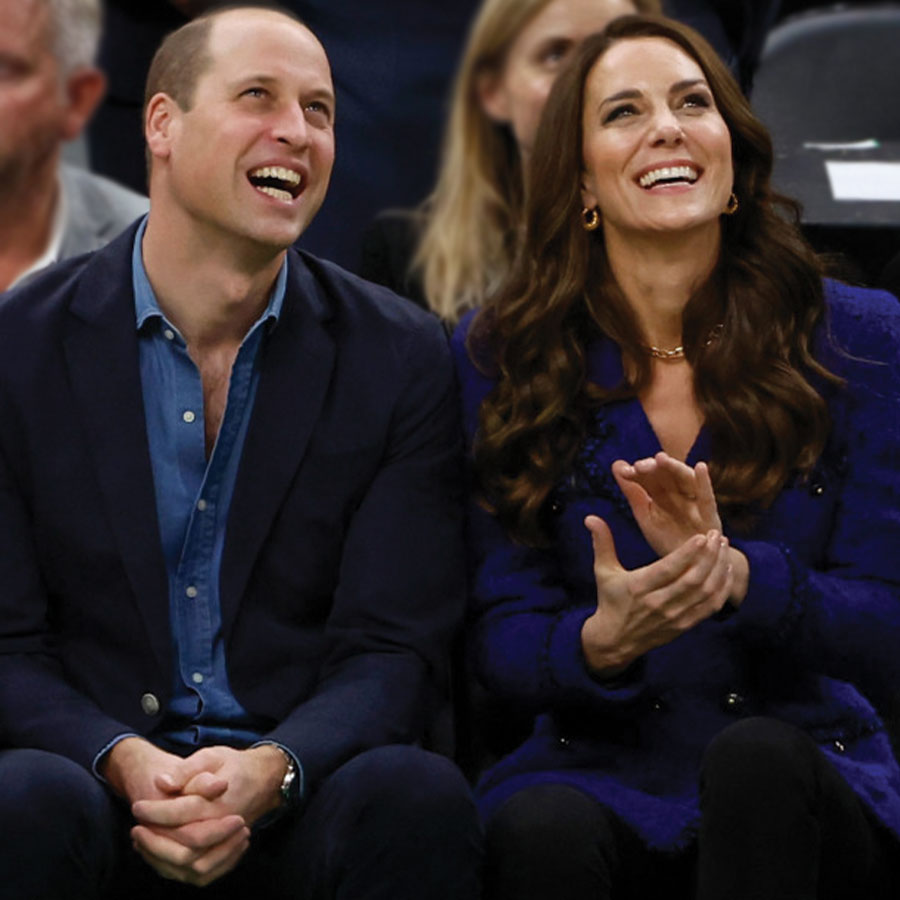 Prince and Princess of Wales cheer on Boston Celtics at the basketball game, on the first day of their U.S. tour, Nov. 30, 2022. Photo: Reuters

Prince William and Catherine, Princess of Wales cheered on the Boston Celtics at TD Garden.

The Prince of Wales and his wife — who was known as Kate Middleton before their wedding in 2011 — made a surprised appearance at the game to end their first day in the U.S. on Wednesday night (Nov. 30) as the Celtics took on the Miami Heat.

The couple were seen sitting court side with retired basketball player and Massachusetts Governor-Elect Maura Healey, as well as Celtics icon Thomas ‘Satch’ Sanders’ and the team’s owners.

They were seen chatting and clapping throughout the game, and the two 40-year-old royals picked a good night as the Celtics won.

The couple are in Boston ahead of the second annual Earthshot Prize ceremony on Friday, and there were nods to William’s environmental awards during the evening.

During each game, the Celtics recognize a ‘Hero Among Us’, and this time they shone the spotlight on a local 15-year-old climate activist for their work in the community, and the teen got a chance to chat to the Prince and Princess during a break.

They also met other members of the Celtics family, which included people representing the Boston Celtics Shamrock Foundation, and the ‘Curbside Care’ mobile unit.

Earlier in the day, they kicked off their visit at Boston City Hall alongside Mayor Michelle Wu, and with landmarks across the city lit up green as part of the countdown to the Earthshot Prize ceremony.

In a speech, William thanked “hardy Bostonians” for coming out to see them despite the rain.

He added: “We cannot wait to celebrate the Earthshot Prize finalists later on this week, and we are both looking forward to spending the next few days learning about the innovative ways the people of Massachusetts are tackling climate change.”

The ceremony will take place at the MGM Music Hall, with a star-studded lineup including performances by Billie Eilish and Ellie Goulding, as well as Annie Lennox and Chloe x Halle.

James Bond star Rami Malek, comedian Catherine O’Hara and actor Shailene Woodley will hand out prizes during the night along with the Princess of Wales herself.

The Prince will take to the stage at the end of the evening to make the closing remarks, while the event will be co-hosted by TV and radio presenter Clara Amfo and Lost actor Daniel Dae Kim.

Royal Family’s Reckoning With Race Comes to a Head as William and Kate’s Trip to the U.S. Arrival Is Marred by His Godmother’s Racist Comments