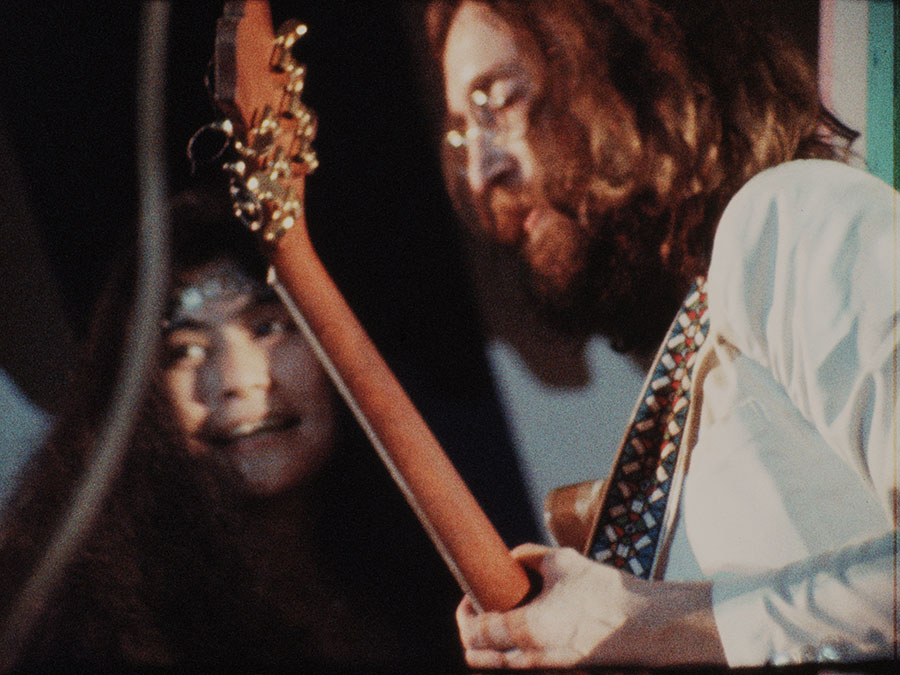 You would think a concert once ranked by Rolling Stone magazine as the second most historic of all time for simultaneously helping to deep-six the world’s biggest band, fomenting an enduring rock ‘n’ roll legend and birthing the idea of waving lighters during musical anthems would be baked into our collective imagination. Especially since it happened in Canada.

And yet the Toronto Rock and Roll Revival, held Sept. 13, 1969 at Varsity Stadium and featuring an oddball lineup of The Doors, Chuck Berry, Little Richard, Jerry Lee Lewis, Bo Diddley, Gene Vincent, Chicago, and Alice Cooper, as well as one heck of a last-minute addition — John Lennon, technically still a Beatle at the time but about to perform what you could call his debut post-Beatles gig with Yoko Ono and the Plastic Ono Band, featuring Eric Clapton — has been all but forgotten by anyone other than surviving participants, audience members and rock historians.

Thankfully, a must-see new documentary screening in select theatres starting Dec. 16, then moving to VOD on Jan. 3 and Crave TV thereafter, gives the monumental event its due.

Revival69: The Concert that Rocked the World tells the incredible true story of how then-22-year-old Toronto promoter John Brower conceived and staged the concert — which, until the very last minute when Lennon joined, seemed poised to be a flop — through footage shot by late legendary documentarian D.A. Pennebaker and recently sculpted by Toronto director Ron Chapman.

That’s a lot of detail to chew on. But Chapman, using Pennebaker’s incredible archival footage plus animated segments by Mathew den Boer and present-day interviews with Brower, Alice Cooper, the Plastic Ono Band’s Klaus Voormann, The Doors’ Robby Krieger and Rush bassist and concert attendee Geddy Lee, and many others, brilliantly chronicles this remarkable story.

Just how remarkable? The performance inspired Lennon, as the film illustrates via voice-over and an interview with then-personal assistant Anthony Fawcett, to finally summon the confidence to break with The Beatles to pursue a solo career, which he announced to the band a week later. Brower, rather worryingly, had bikers underwrite the concert and escort noted peaceniks Lennon and Ono from the airport to Varsity Stadium.

Meanwhile, the then-nascent Alice Cooper Band earned its infamous chicken-killer rep at the Toronto Rock and Roll Revival (you’ll have to see it) while concert co-emcee, famed producer-manager Kim Fowley, egged on the crowd to show their love by hoisting lit lighters. The tradition had to start somewhere.

As Toronto author and historian Nicholas Jennings notes in his blog about the film, “Pennebaker’s original footage first appeared in his own film, Sweet Toronto, and there have been numerous albums cut from the audio recordings, including the Plastic Ono Band’s Live Peace in Toronto 1969.” (Jennings says the Rolling Stone designation was cited to him by rock critic Ritchie Yorke, who attended the Revival. Corroboration remains maddeningly elusive online, though longtime Toronto Star film critic, and former rock critic, Peter Howell confirmed it to Zoomer, noting he owns the issue of Rolling Stone containing the designation.)

So, why isn’t the Toronto Rock and Roll Revival as famous as Woodstock — the only event, director Chapman also confirms, Rolling Stone evidently deemed more historic?

“There were a few elements. I don’t think these bands were as well-known by the audience in that age group,” Brower, 76, offers from his home in Venice, Calif. “The Doors weren’t on the bill initially, Alice Cooper was then-unknown, and it was back-to-school time.

“The $6 ticket was a lot, though that seems ridiculous now,” Brower continues. “The zeitgeist just didn’t gel at that time. I thought adding The Doors would send tickets through the roof. But the news reports about Jim Morrison’s behaviour at the time” — following a notorious Miami concert that March that resulted in Morrison eventually being convicted of indecent exposure and profanity — “was off-putting to parents.”

“Also, it happened in Toronto, and the American press did not attend, other than Robert Christgau who followed D.A. Pennebaker from New York as he was doing a story on him,” says Chapman, who declined to give his age. “It was shortly after Woodstock, and I think there was a certain amount of fatigue in the music press at the time.  It was never perceived as an ‘important’ concert in the lead up to the show, and so there was really no coverage or international attention. And it had terrible ticket sales.

“Plus, Lennon was only added on the bill at the last minute, and there was no real belief by the Toronto media — or any media — that he was actually coming until he was seen boarding a plane for Toronto the day of the show. Despite being the most important event in Canadian music history with international significance, other than some local articles, no one other than hardcore Lennon/Beatles fans and music industry insiders even knew about it.”

Chapman adds, “That’s why I made this film.”

Chapman’s multifaceted film — for which he was given “full access to all the footage taken by Pennebaker at the concert” amounting to “60 hours of mostly never-before-seen 16 mm footage,” that had been stored in “cardboard boxes in an Iron Mountain” — is both feat of engineering and feast for the eyes.

“I also found about two hours of never-before-seen Super 8 footage, mostly taken by Molly Davis, one of Pennebaker’s crew, who I also interviewed in the film,” Chapman says. “We did much work in the post-production process to make this footage look its best. The concert audio also needed a great deal of work, as we only had original live mono mix-downs.”

As with the best filmmaking, however, much of that herculean behind-the-scenes effort is invisible.

Rather, what alights on screen are the towering performances — notably Lennon and Ono’s set, which gave the Toronto audience possibly its first-ever taste of performance art, with Ono howling like a bird as Lennon fed his guitar back into the monitor, creating a distortion cacophony that Pennebaker, heard in voice-over, describes as being “like a 707 about to take off.

“Yoko’s thing at the end is so ballsy,” Pennebaker adds, “and John is out there daring anyone to yell out or complain. I mean, he’s like a wild man.”

And what was it like to work with John Lennon? “I can tell you he was always funny, acerbic. You had to wait a few seconds to get what he was saying,” Brower recalls with a chuckle, adding that he didn’t sense at the time how momentous the show would be for Lennon’s career. “I had no idea there was acrimony between The Beatles. I’m not sure that was particularly known publicly.”

Brower continues. “Yoko was very quiet. I think she thought it was appropriate to be in the shadow of John rather than asserting her own artistry, which is brilliantly dealt with in this film. It’s to Ron’s credit that he delved into that to show why John Lennon was in love with this woman and how her artistry attracted him. What John and Yoko did on that stage together was so daring, especially viewed in retrospect.”

And what would Pennebaker have made of Revival69? “Same as me after I watched it the second time: in tears,” Brower says. “It brought back so many memories and was just so well done that I was overwhelmed. My daughter, who was born in March of ’69, had the same experience. She watched it, then called me and said, ‘Dad I can’t stop crying.’”

Revival69 opens in select cinemas across Canada beginning Dec. 16, before moving to video on demand and Crave TV. See below for Canadian theatrical release dates.

With a Little Help From Their Friends: What the Beatles Can Teach Us About Collaborative Creativity