Brendan Fraser Talks ‘The Whale’ and His “Brenaissance” Comeback 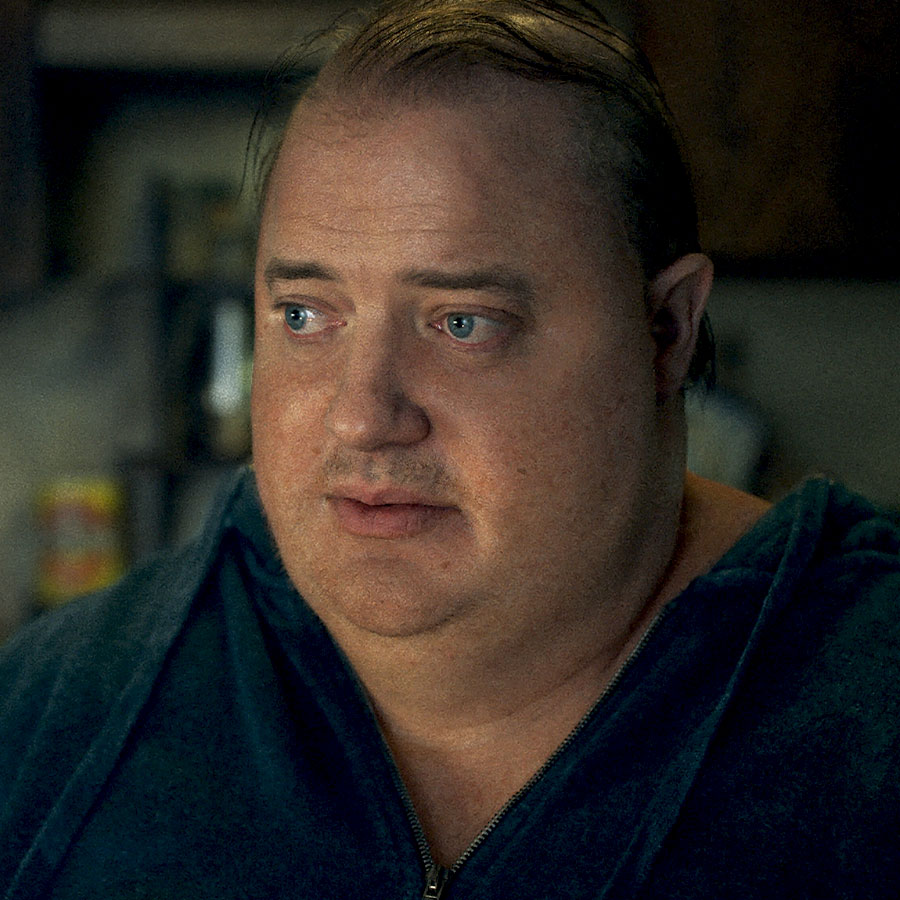 Brendan Fraser as Charlie, in 'The Whale'. Photo: Courtesy of A24

Brendan Fraser was at the top of his game in the 1990s and early 2000s, delivering hits like Encino Man, The Mummy and The Mummy Returns, George of the Jungle and Bedazzled, as well as dramas like Crash and Gods and Monsters.

He then took a break from the industry — due to personal reasons and health problems — and now, the 53-year-old is making a heart-wrenching comeback with Darren Aronofsky’s The Whale, a role that proves his most transformative and impressive to date.

The Canadian-American actor has already won over critics and audiences at major film festivals in Venice, London and Toronto; he received tearful eight and five minute standing ovations in Venice and London respectively, and won the Best Actor Tribute Award at TIFF. He is a strong frontrunner for Best Actor honours this awards season, having already earned a Critics Choice and Golden Globe nomination. It’s almost certain that he will get an Oscar nod — and likely win — too.

The Whale, based on award-winning playwright Samuel D. Hunter’s stage play, follows a reclusive English teacher named Charlie (Fraser) who suffers from severe obesity. He attempts to reconnect with his estranged teenage daughter (Sadie Sink) for one last chance at redemption.

For Fraser, playing Charlie was a “laborious process to get into,” he told Zoomer during an interview at TIFF, no doubt due in part to having to suit up in prosthetics to portray a 600-pound man.

“Living in it, throughout the day, it was appropriately uncomfortable, cumbersome. But that all was that Charlie had on board. And to take it off at the end of the day, it gave me a sense of survivor’s guilt, like I could walk away from that after an hour. And interestingly, although all the appliances were off, I still had this vertigo, [like] when you step from a boat onto a dock, that sort of undulating sense.”

Fraser added that, “I felt that I was living that man’s existence for however many hours a day we did this. I think it gave me an appreciation viscerally for those who live with obesity in this way. The story itself struck all the notes in my heart and empathy about what it feels like to be overlooked or mocked or shut away and forgotten about and the ramifications of how that affects your personal life. I mean, Charlie is a man who has no small measure of regret but he still does have hope that he can reconnect with his daughter while he is running out of time to let her know that he loves her.”

The Role of a Lifetime at 53

Fraser acknowledges that he is at the best point in his life to tackle this role, one that he feels lucky to have had the opportunity to play.

“I had so many diverse opportunities and movies I’ve made, stretched in lots of different directions. I mean, clearly on paper, this is an actor’s role that distinguishes itself from so much that I’ve done or have seen done,” Fraser said. “I can’t think of any actor worth his weight in salt in my peer group that wouldn’t want to pay attention to being a part of that. I still pinch myself that I was lucky enough to be the guy to get the job.”

The film, however, is also receiving criticism for being offensive to those who struggle with obesity. Fraser acknowledges that their concerns are legitimate. “We wouldn’t be making a film that would compromise them, that would make them feel as if they were now seen on the big screen, the manifestation of the story of their lives that they’ve had to live that put them in such a state that they can’t feel like they can get away from their challenges.”

He also noted that he met with individuals who had struggled with obesity, as well as those who’d had, or were planning to have, bariatric procedures, medical interventions that help patients lose excess weight.

“They gave me their stories, their testimonials in the most candid way — it was moving to learn. And I’m no demographic psychologist or anything, but I noticed from person to person who I spoke to … that their journey began with someone early in their life who was quite cruel to them verbally and made them feel horrible about who they were,” Fraser said. “And, sadly, I noticed it was often a man, it was often the father, among the eight to 10 people that I spoke to. What that just let me know is it’s true.”

Fraser recalls a trip he made to Bangkok years ago where he visited a temple that had a huge golden Buddha and a plaque up front that said: “Painful indeed is vindictive speech.”

That stayed with him, he said.

“Words have meaning. And to break the cycle, I felt duty bound to tell this story. Not in a Hollywood way that puts actors in costumes and suits and makeup that defies gravity to be a one-note joke,” he explained. “And also, because with their support, we needed to take a risk to do this. Art is about taking a risk. We’re not going to please everyone. I don’t anticipate it. But I do feel confident that by story’s end, like this one, I believe that some hearts and minds could be changed. Not everyone, but some. And I’m okay with that.”

Fraser’s comeback is one that not only has the Gen X and millennials who grew up with his films rooting for him, but also has TikTokers calling it the “Brenaissance.” Fraser laughed and joked, “I’m just in Italy and looking up at paintings on ceilings and seeing myself …”

He continued, “It’s kind of cool because everybody has kids of their own now and they were kids back when I was just hoping that nobody found me out yet. It warms my heart for sure.”

Fraser said that the attention is “eye-opening,” and that he’s a different person than the man who many have enjoyed on screen over the years.

“I feel different. I look different. And I have a kid who’s got special needs who is going to be 20 soon, my other son’s gonna be a senior in high school, the other kid’s gonna get a driver’s license and he picked up the guitar and he can shred now. I feel like I’ve grown up some too,” Fraser said. “So putting that gravity of our lives that we have to work, to play a part that’s not as mass-produced or easily digestible in its pop culture fare is everything I’m looking for and was looking for. Who knows what the future is gonna hold?”

The Whale is in theatres Dec 21.