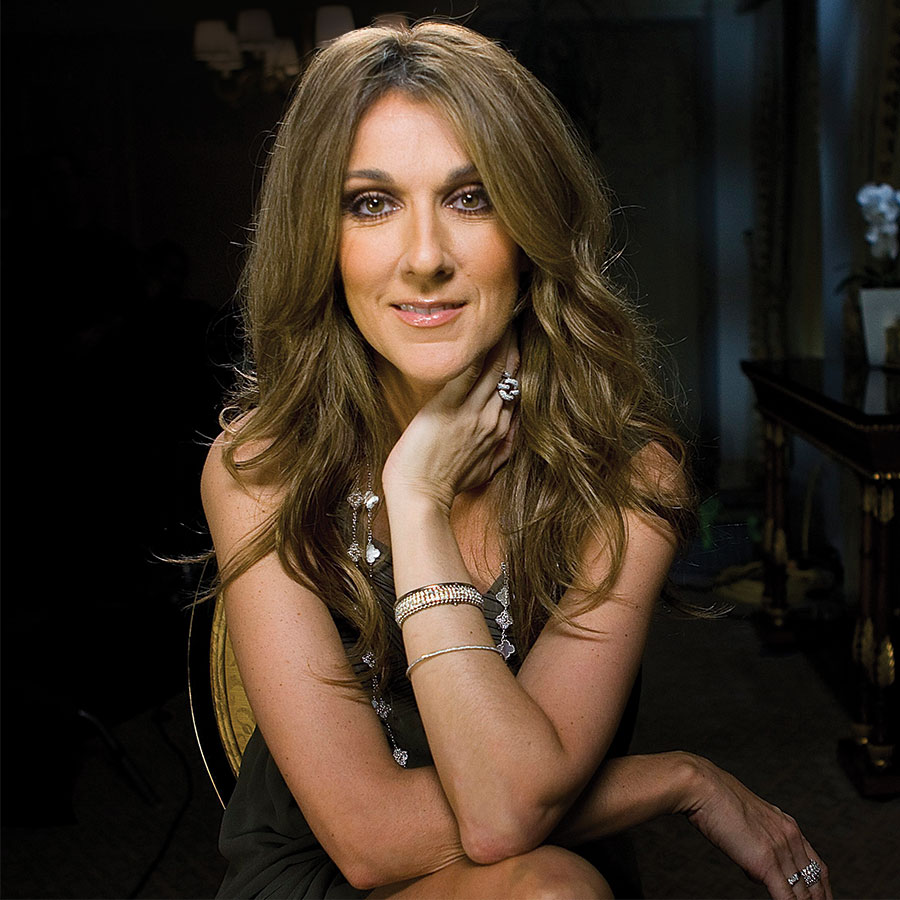 Céline Dion - seen here in 2007 - may not have made the Rolling Stone’s Greatest Singers List, but we sure do love her. Here are seven reasons she holds a special place in our hearts. Photo: Paul Chiasson/The Canadian Press

Céline Dion made headlines in December when she publicly revealed that her Courage World Tour was cancelled because she has been diagnosed with a rare progressive neurological disease called stiff-person syndrome, causing “severe and persistent muscle spasms” which also affect her singing voice. But just after the ball dropped on New Year’s Eve, the 54-year-old’s name was on people’s lips again for another reason: failing to make Rolling Stone’s list of the 200 Greatest Singers of All Time, which the music mag posted on January 1st. The list does include everyone from Billie Eilish to Neil Young and Iggy Pop. The obvious belters are there too: Freddie, Mariah, Christina. Just not Céline.

We understand that such a “titanic” power balladeer might not be everyone’s cup of tea; she is the poutine of singers, if you will — you either love her or hate her. As well, music is subjective — that’s why many prefer Boy Dylan to Pavarotti. And Rolling Stone did explain their methodology:

“Keep in mind that this is the Greatest Singers list, not the Greatest Voices List,” it reads. “Talent is impressive; genius is transcendent. Sure, many of the people here were born with massive pipes, perfect pitch, and boundless range. Others have rougher, stranger, or more delicate instruments … In all cases, what mattered most to us was originality, influence, the depth of an artist’s catalog, and the breadth of their musical legacy. A voice can be gorgeous like Mariah Carey’s, rugged like Toots Hibbert’s, understated like Willie Nelson’s, slippery and sumptuous like D’Angelo’s, or bracing like Bob Dylan’s.”

Still, that didn’t stop a group of vocal Dion supporters from descending on Rolling Stone’s headquarters last Friday to protest her exclusion from the list.

We, too, agree that the music publication made a mistake. Theirs should’ve been called the Greatest Voices List, not Greatest Singers. But either way Dion deserves some love, so here are seven reasons she holds a special place in our hearts.

This one’s a no-brainer. Sure, there are people who have a far bigger octave range, but Dion’s is reportedly between three and three -a-half octaves, and some have said as many as five. She has also been praised for her perfect pitch. Really, anyone with working ears can hear that her voice will go on and on…

Being one of 14 kids should earn Dion — and her mom — an award, but the fact that she rose from the tiny town of Charlemagne, Quebec, to become one of the top-selling female artists of all time (sales of 200-250 million albums) is a real-life fairy-tale. She apparently slept in a drawer as a baby, wore hand-me-down clothes, and was bullied in school. At age 13, she released her first album and another seven in French, before making her English-language debut, Unison, in 1990.

Dion met her manager René Angélil when she was just 12 — he was 38 — and he famously mortgaged his house to finance her first album, 1981’s La voix du bon Dieu, and Christmas release, Céline Dion chante Noël. By the time she was 20, they were in love. They married in December 1994 in a storybook, televised ceremony from Montreal’s Notre-Dame Basilica, which Vogue called, “a winter wedding for which the star wore a voluminous wedding dress designed by Mirella and Steve Gentile adorned with a 6-meter-long train, whose lace and crystals would have required 1000 hours of work. The couple had three children and remained together until Angélil’s death from throat cancer in 2016.

She Embraces Her Quirks (and Parodies of Them)

Oh, Céline. With her fist-to-chest bumping, pained expressions and exaggerated hand movements, we love you for that alone. If we can’t sing like you, at least we can imitate you at karaoke.

Speaking of Dion’s quirks, former SNL cast member and one-time Céline impressionist Anna Gasteyer joined the singer onstage in New York City at Madison Square Garden in 1998 wearing matching outfits. And, more recently, in May 2019, Dion hopped in the car with late night talk show host James Corden for a spin around Las Vegas for his famous “Carpool Karaoke” segment. “I feel like there’s no song on earth that you couldn’t make dramatic,” he said to her. “I can make something funny dramatic,” she responded. Then she Céline-ified “Baby Shark” and capped it with a chest bump.

Then, of course, there was the time in 2016 that Dion was spotted strolling around Paris wearing a sweater emblazoned with the images of Leonardo DiCaprio and Kate Winslet from Titanic, as well as a shot of the sinking ship from the film. Fans loved the hilarious fashion choice, while People magazine noted that, “though one might believe (slash fervently hope) that this is a relic from the film’s premiere party that she just busted out for her trip home from Paris, it’s actually a sold-out, $885 piece from Vetements — a.k.a. celebrities’ go-to shop for expensive airport sweats.”

Canadians love when homegrown artists embrace their Canuck roots. And not only did Dion and Angélil buy into Canada’s oldest smoked meat deli, Montreal’s famous Schwartz’s, but she continues to release French-language music. In fact, she’s released more albums en francais than in English.

She’s Up For Trying New Things

From her duet with Miss Piggy and the Muppets on the sweet swine’s heart-breaking ballad to Kermit — “Something So Right” — to her acting debut (as herself) in this year’s Love Again, a romantic comedy written and directed by Jim Strouse (and inspired by her music), Dion is always game to step outside of her comfort zone.

At some point in our lives, we all have to deal with a loved one’s illness, and sometimes our own. The key difference is Dion, one of the world most recognized stars, must do it in the public eye. A little over year after Angélil stepped down as her manager because his throat cancer had returned, she announced in Sept. 2015 that the only love she’d ever known had months to live. His funeral took place at the same church in which they were married and was also televised. Yes, the support and outpouring of love she receives is incalculable, but medical challenges and grieving are very private struggles. Dion did both while in the public eye and also raising three boys and performing concerts. As a singer, she was also able to select songs for her 2019 album, Courage, that spoke to her grief.

And now, Dion is battling her own health challenge with stiff-person syndrome. In typical fashion, however, the singer confronted the issue head on, in a video for fans posted to her social media channels.

“I have a great team of doctors working alongside me to help me get better and my precious children who are supporting me and giving me help,” she said in the video, which she posted in December. She added that she would have to postpone the rest of her world tour as a result.

“I always give 100 per cent when I do my show but my condition is not allowing me to give you that right now. For me to reach you again I have no choice but to concentrate on my health at this moment and I have hope that I’m on the road to recovery. This is my focus and I’m doing everything I can to recuperate.”