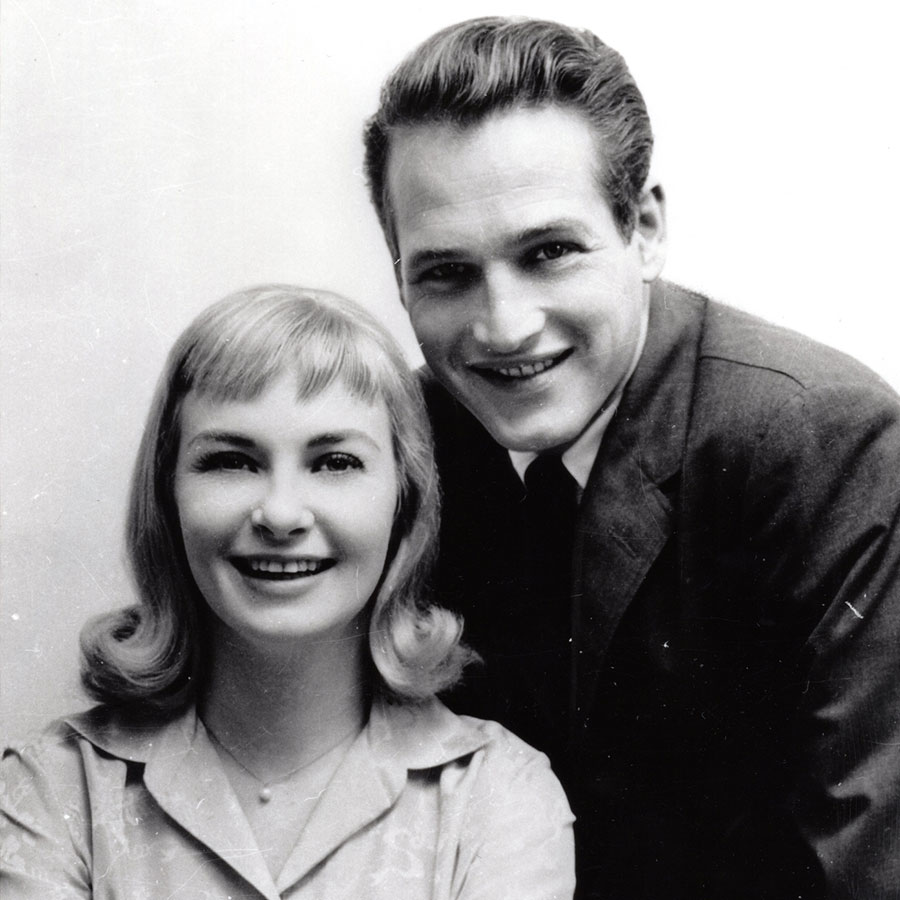 A new documentary exploring the lives of Joanne Woodward and Paul Newman — seen above in a black and white portrait — makes use of 14,000 pages of transcripts intended for Newman's autobiography. Photo: Courtesy of HBO

After making its acclaimed debut in the U.S. last summer, The Last Movie Stars, an original HBO Max/CNN Films documentary series directed by Ethan Hawke, arrives on Canadian screens this week (beginning Jan. 12, exclusively on Hollywood Suite). Each of the six hour-long episodes will première weekly on Thursdays.

The series explores the dynamics of two singular talents whose careers — which spanned more than six decades on stage and screen — ebbed, flowed and thrived both together and separately. It also takes viewers inside the couple’s professional lives and into Newman and Woodward’s inspiring “perfect” 50-year marriage — oft-praised as one of Hollywood’s greatest love stories that, as the series reveals, was often a rocky partnership.

Like Paul Newman’s posthumous The Extraordinary Life of an Ordinary Man memoir published last fall, the series is rooted in interviews and oral histories conducted by Newman’s friend Stewart Stern. They began in 1986, when Newman was 61 (the year the actor’s The Color of Money sequel to The Hustler appeared and won him his first Academy Award for Best Actor) for a planned autobiography and were conducted over five years. When Newman died of cancer in 2008 at the age of 83, the tapes had disappeared (the actor torched them) but a family friend came across the 14,000 pages of transcripts while examining a Newman family storage unit.

While Newman’s memoir is a skillfully edited account of the actor’s inner landscape — stunning in its brutal honesty and self-interrogation by “a man who admitted to being a mystery to himself,” according to actor and reviewer Simon Callow’s recent review, the docuseries takes a different approach. It doesn’t, however, shy away from exploring Newman’s discomfort both with the emotional demands of acting and his own beauty, for example, or Woodward’s resentment at stepping back from her career so his would thrive.

Right before the pandemic started, Hawke explains, one of their children approached him to make a documentary using the material. For her part, Woodward, who turns 93 next month, is reported to be in the advanced stages of Alzheimer’s disease (she was diagnosed 15 years ago, on the eve of Newman’s own terminal cancer diagnosis) and under care at their Westport, Conn. home.

Hawke draws on the interviews to shape the series as a sort of play with voices, enlisting a number of contemporary actors to read from those long-lost transcribed interviews and reminiscences. George Clooney and Laura Linney (who Woodward mentored) read Newman and Woodward’s portions, with Alessandro Nivola, Karen Allen, Bobby Cannavale, Sam Rockwell, Oscar Isaac and others filling out the extensive chorus of intimates. There’s even material from Jackie Witte (voiced by Zoe Kazan), Newman’s first wife with whom he had three children in the decade before his affair with, and subsequent marriage to, Woodward. (Among all the players, the standout is Brooks Ashmanskas as the couple’s longtime friend Gore Vidal, whose withering delivery of pithy observations lends both gravitas and levity.)

Hawke also interviews friends and collaborators such as Sally Field (Sybil), David Letterman and Martin Scorsese (who is also executive producer of the series) as well as several of the Woodward/Newman daughters. Together, they interrogate the nature of stardom, societal expectations (and sexist power structures) and sacrifice, with observations and insights that retool the public narrative around the couple’s seemingly idyllic partnership. There’s a look at how they navigated the challenges of shifting priorities, family demands and failed projects — and later, the tragic death of Newman’s only son Scott by overdose at the age of 28.

When their marriage began in 1958, for example, Woodward was the incumbent: the newlywed was an esteemed stage actress who had just won the Academy Award for Best Actress (The Three Faces of Eve) and Newman was the newbie. Slowly as they start a family, however, the dynamic reverses with his hits Hud and Butch Cassidy and the Sundance Kid, and their trajectories and family responsibilities alter (with Woodward largely responsible for their blended brood of six).

The series material steadily works its way chronologically from their respective childhoods up to the early ’90s, at which point Newman thought better of all the breathtaking candour.

“My meeting with Joanne gave birth to a sexual being,” the actor at one point declares; “I’m simply a creature of her invention” — and he shelved the autobiography project, destroying the original recordings.

One twist is that the series was conducted and recorded remotely over video calls during the pandemic. The actors regularly break character to discuss the material between themselves (which can occasionally be confusing to differentiate whether they’re speaking as themselves or in the guise of their roles). But the informal nature overall works in its favour and gives the feeling of insider intimacy.

Archival footage of their interviews are interspersed with these re-enactments. But what makes The Last Movie Stars riveting viewing is the inventive collage format, where passages are illustrated with well-chosen clips. The juxtaposition of moving images, from never-before-seen home movies to their own performances, with the subject matter being narrated, is canny and often, illuminating. During their courtship, for example, their chemistry is palpable on screen in The Long Hot Summer.

Elsewhere, it ingeniously charts how their choices of projects and characters — as a free spirit-seeking sexual fulfillment, an unredeemable selfish brute, an alcoholic, a neglected housewife — unwittingly reflected their personal lives and state of mind. Though the emphasis tends to fall on Newman and the evolution of his acting and career, episodes also explore the sixteen projects they would make together and offer a welcome reminder of Woodward’s second act, in the ’80s and ’90s, as a prolific Emmy-winning star and producer of television movies that covered social issues such as drug addiction, abortion rights and Alzheimer’s disease.

The Last Movie Stars manages a balancing act the couple mastered only later in life, in that it humanizes Hollywood’s most enduring couple and how their relationship endured, yet in no way diminishes the Newman and Woodward mystique.

The Last Movie Stars debuts in Canada Jan. 12 exclusively on Hollywood Suite; each of the six hour-long episodes will premiere weekly on Thursdays.

“The Other Side of Fear”: Viola Davis On How Her New Film ‘The Woman King’ Helped Her Define Herself