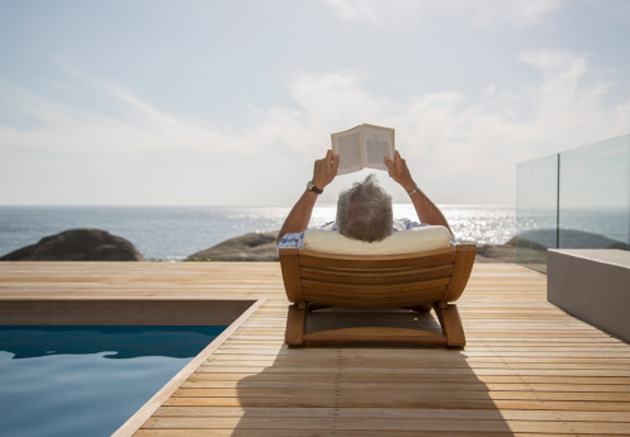 From new releases to old favourites, we look at some great reads that will keep you sleuthing this summer

In the mood for an old-fashioned whodunit, a psychological thriller or some international intrigue? After all, what better way to spend those long, lazy evenings on the porch or in the garden than with a good book in hand!

Beastly Things is critically acclaimed author Donna Leon’s latest novel in a series set in Italy and featuring the warm-hearted and cultured Venetian Commissario Guido Brunetti. In this installment, Brunetti finds himself investigating the murder of an unidentified man with a rare, disfiguring disease. As the investigation unfolds, Brunetti — along with sidekick Inspector Vinello and the enterprising Signorina Elettra — uncover a widespread scandal involving corrupt slaughterhouse practices that not only violate laws protecting animal rights but also endanger the human food supply. (Be forewarned: after reading the story, even devoted carnivores may be tempted to switch to a diet of fruit and vegetables!)

THE EXPATS
By Chris Pavone

Most spouses keep some secrets from one another, but the deceptions between CIA officer Kate Moore and her husband, Dexter, run deep indeed. And, as the reader soon learns, she’s not the only one keeping secrets. (He thinks she works for the State Department; she thinks he works in computer technology.) When Dexter receives a mysterious but lucrative job offer in Luxembourg, Kate jumps at the chance to leave her double life behind and start life anew. But then another expat American couple appears on the scene, and Kate has reason to suspect that her past — or is it her husband’s? — has caught up with them after all. A stylish and witty page-turner, The Expats will keep you reading until the final page.

BELIEVING THE LIE
By Elizabeth George

Award-winning author Elizabeth George has hooked millions of readers with her novels of psychological suspense featuring British Inspector Thomas Lynley. In her latest (her 17th), Lynley — who is himself the son of an earl — is sent to investigate the ‘accidental drowning’ of a man called Ian Cresswell at the request his wealthy and influential uncle, Bernard Fairclough. It turns out the death is anything but an accident, as Lynley — with the help of friends Simon and Deborah St. James — uncovers the many deceptions, secrets, and motives of the Fairclough clan.

By Stephen King
It’s a date no one is likely to forget. The assassination of President John F. Kennedy in Dallas on November 22, 1963 forever changed the nation and the world. But what if history could be changed and the killing of the U.S. president prevented? In Stephen King’s epic thousand-page tome, Jake Epping, a high school English teacher finds a way to travel back in time. His mission: to stop the JFK assassination and alter the course of history. And in so doing he enters the world of Elvis, bobby socks and sock hops — and a troubled loner named Lee Harvey Oswald.

The latest psychological thriller from internationally bestselling husband and wife team Nicci Gerrard and Sean French is the first of a new series starring Frieda Klein, a smart and solitary London psychotherapist.

The haunting story centers on the abduction of a five-year-old boy named Matthew Farraday. The child’s disappearance provokes a national outcry and a police hunt that goes nowhere fast. As the heart-wrenching case is played out in the media, Frieda notices a disturbing coincidence: before the abduction, one of her patients confided his reoccurring dreams where he longs for a son who matches the description of Matthew. After sharing this information with the police, Frieda finds herself taking on the role of reluctant sidekick to the chief inspector.

Fans of Scott Turow’s bestselling crime books will love this literary legal thriller by award-winning author William Landay. Defending Jacob tells the tale of Andy Barber, a respected and long-serving district attorney in Massachusetts. But his successful career and happy family life quickly and tragically spins out of control when his fourteen-year-old son is charged with the murder of a fellow student. Andy tries to protect his son, but as the incriminating facts and shocking revelations mount, he must face a trial of his own between loyalty and justice.

AN AMERICAN SPY
By Olen Steinhauer

Following in the footsteps of his previous bestselling novels The Tourist and The Nearest Exit, Olen Steinauser’s latest work once again stars Milo Weaver, a brooding, lone-wolf CIA operative.

In An American Spy, Weaver is determined to move on to a normal life, but when his old boss, Alan Drummond, suddenly disappears, the world-weary spook finds he still can’t quite escape the game. With only a handful of “tourists” — a group of elite CIA-trained assassins — left, Weaver goes to London in search of Alan, only to discover that Tourism’s enemies may be gearing up for a final, fatal blow. Praised for his complex and satisfying spy craft, Steinhauer has been likened to literary great John Le Carre.

LAST WILL
By Liza Marklund

In the latest novel from “the Queen of Scandinavian crime fiction”(Henning Mankell), the gutsy investigative reporter Annika Bengtzon is covering the glamorous Nobel Prize Dinner in Stockholm’s City Hall. Gathered at the gala event are some of the world’s most notable scholars. The wine is poured, the music is playing — and suddenly gunshots break out.

Annika, after being pushed down by a person fleeing the screen, finds herself caught in the middle of a case involving multiple murders and a drama with links to international terrorism, global pharmaceutical corporations, and even Alfred Nobel himself.

The characters of Jane Austen’s Pride and Prejudice are drawn into a tale of murder and mayhem under the skillful hand of beloved author P.D. James.

The setting: It is 1803 — six years after Elizabeth and Darcy began their life together at Darcy’s grand estate, Pemberley. Life has gone well for the couple: they have two sons and Elizabeth has settled in as mistress of their home and social life, including the highly anticipated annual autumn ball. On the eve of the event, however, this contentment is shattered with the news that her brother-in-law, the dubious Wickham, has been murdered. It is with her usual mastery that P.D. James re-creates the world of Elizabeth and Darcy with the excitement and suspense of a well-crafted crime story.

THE LIMPOPO ACADEMY OF PRIVATE DETECTION
By Alexander McCall Smith

The latest installment in the bestselling No. 1 Ladies’ Detective Agency series finds the resourceful and good-hearted heroine, Precious Ramotswe, with her hands full. She is called in to help with a disciplinary problem at a local school — and if matters involving children aren’t complicated enough, this particular school also happens to be her adopted daughter’s school. More complexities arise when her trusted assistant has trouble adjusting to wedded bliss and an old mentor arrives in Botswana.

What have you been reading lately? Let us know in the comments!