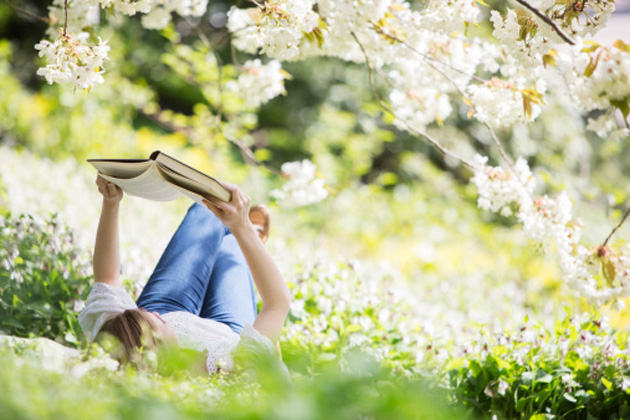 Ready for a new read? Check out these buzz worthy tales of suspense, murder, revenge, and international intrigue

Whether you’re looking for an old-fashioned whodunit, a psychological thriller or some international intrigue, here are 8 great reads.

The Beautiful Mystery: A Chief Inspector Gamache Novel by Louise Penny
In her eighth novel in the bestselling Inspector Gamache series, acclaimed crime writer Louise Penny takes readers to the wilderness of Quebec and the monastery of Saint-Gilbert-Entre-les-Loups, where cloistered monks live in peace, prayer and song. When the renowned choir director is murdered, Chief Inspector Armand Gamache and Jean-Guy Beauvoir of the Sûreté du Québec are called upon to investigate. Despite the community’s apparent harmony, they soon discover that one holy brother had unholy murder on his mind. (Read an excerpt.)

The Light Between Oceans by M.L. Stedman
In this debut novel, Australian-born author M.L. Stedman tells the tale of Tom Sherbourne and his family. Weary from four years on the Western Front, Tom takes a job as the lighthouse keeper on an isolated island off the Australian coast.  Joined by his young wife, Isabel, they attempt to start a family. Several years — and two miscarriages and one still birth later –a boat washes ashore carrying a dead man and a very much living baby. Tom and Isabel decide to keep the child, claiming her as their own. It’s a decision that sets in motion a heart-wrenching moral dilemma that plays out two years later when they return to the mainland. (Read an excerpt.)

Gone Girl: A Novel by Gillian Flynn
The latest release from New York Times bestseller Gillian Flynn has been generating buzz all summer and promises to do so for months to come. This dark, whodunit looks at a marriage gone terribly wrong. The story opens on the fifth wedding anniversary of Nick and Amy Dunne, who are living in small town Missouri on the Mississippi River. As anniversary celebrations are underway, Amy suddenly disappears from her home, leaving behind signs of a struggle. Nick is oddly detached and far from honest with the cops — but he is really a killer as the police, and eventually Amy’s parents, begin to believe? And if Nick didn’t do it, where is his beautiful, smart, ultra-perfectionist wife? Be forewarned: the fast-paced and ingeniously plotted thriller will keep you up reading until the wee hours. (Read an excerpt.)

Winter of the World: Book Two of the Century Trilogy by Ken Follett
With this latest installment of his historic epic, The Century Trilogy, Ken Follett’s Winter of the World takes on World War II and the dawn of the atomic age. Picking up where the first book in the series Fall of Giants left off, five interrelated families face the enormous social, political, and economic turmoil of the rise of Nazi Germany through the Spanish Civil War and up to the explosions of the American and Soviet atomic bombs. (Watch the book trailer.)

The Paris Directive by Gerald Jay
Fans of Poirot, Maigret and Brunetti will want to meet Gerald Jay’s Inspector Mazarelle, the gimlet-eyed, pipe-smoking, world-weary detective, formerly of Paris, who at the twilight of his career has relocated to the French countryside. Following the gruesome quadruple homicide of American tourists in the Dordogne village of Taziac, Mazarelle is charged with bringing his long experience to bear on solving the case. Little does he realize that the murders are not what they seem, but have global implications involving the NATO bombing of the Chinese embassy in Belgrade.

Sweet Tooth: A Novel by Ian McEwan
In award-winning author’s Ian McEwan’s latest book, Serena Frome, the mathematician daughter of an Anglican bishop, is recruited by the Intelligence Service during her final year at Cambridge. The year is 1972, and Great Britain is facing economic disaster, industrial unrest and Irish terrorism. Her duties take her undercover into the literary world of a promising young writer, Tom Haley — where affairs of the heart complicate her mission. A classic tale of espionage, betrayal and love.

The Age of Miracles by Karen Thompson Walker
It’s a debut novel that since its release in June has created an international frenzy. Karen Thompson Walker’s The Age of Miracles is about a young girl growing up in extraordinary times: One day the world discovers that the Earth’s rotation has suddenly begun to slow. A graceful coming of age story, set against the threat to life as we know it, will leave you yearning for more. (And if you are, you may want to check out The Blondes, a quirky social satire about a ‘killer virus’ attacking blonde-haired women.)

Calculated in Death by J. D. Robb
Fans of the futuristic In Death suspense series will be pleased to learn of J.D. Robb’s (pseudonym for Nora Roberts) latest installment to be released on September 11. In Calculated in Death, Lieutenant Eve Dallas is called in to solve an after-work happy hour gone horribly wrong: twelve minutes of inexplicable chaos and violence have left eighty people dead. Survivors describe experiencing mass hallucinations and overwhelming feelings of fear, rage and paranoia. Forensics confirms a chemical attack — and from there it’s a race against time before the murderer strikes again.

What have you read lately? What books would you add to this list? Let us know in the comments!