Book of the Week: Duel with the Devil by Paul Collins 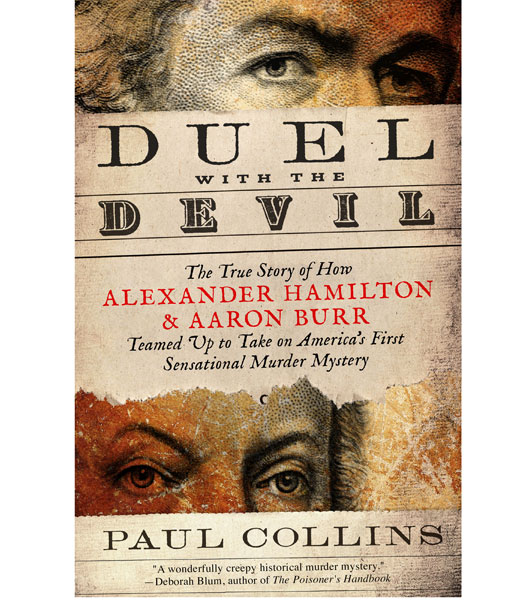 In Duel with the Devil: The True Story of How Alexander Hamilton & Aaron Burr Teamed Up to Take on America’s First Sensational Murder Mystery Paul Collins explores a little known criminal trial; which not only galvanized the fledgling United States, but brought together two of its powerful and powerfully opposed public figures. In 1800, Manhattan lawyers Burr and Hamilton were two bitter political rivals gunning for the presidency (and whose animosity would later lead to a fatal duel). As the brutal murder of a beautiful young Quaker woman grips the nation, the defence of the accused murderer — the victim’s suitor Levi Weeks — falls to the two adversaries. Using actual court transcripts to write this narrative non-fiction, Collins has crafted a dramatic legal thriller and a fascinating portrait of a young nation.