Book of the Week: Minister Without Portfolio by Michael Winter 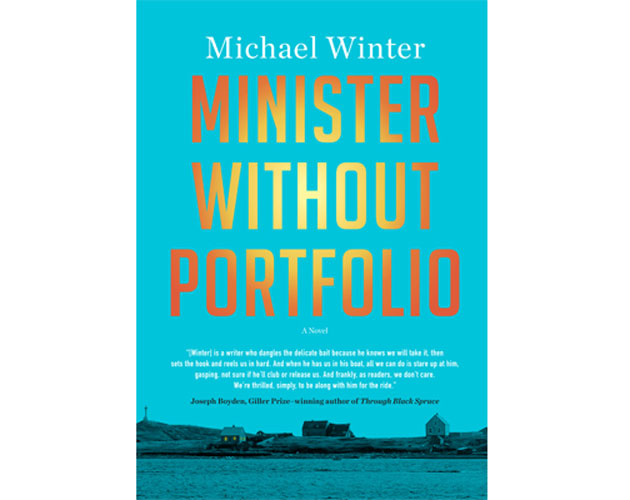 Three years after his critically-acclaimed experimental true-crime novel, The Death of Donna Whalen, Michael Winter once again takes the reader to his home-province of Newfoundland.

Henry Hayward is adrift in life. Fleeing a broken heart to a job in Afghanistan as an embedded contractor leads to his role in a friend’s death. Returning to St. John’s, he gets involved with the friend’s widow, struggling to make up for his actions and resolve himself of his guilt by rebuilding his deceased friend’s old family summer home. But the path to redemption is never easy, especially when you’re a minster without portfolio — “…not committed to anything but you got a hand in everywhere” — and the novel follows Henry as he rebuilds both himself and the crumbling house (fittingly located in the small town of Renews) in the face of guilt, betrayal, heartsickness, and confusion.  Another tour-de-force from one of Canada’s most exciting writers, that’s sure to be on the short-lists come award season.