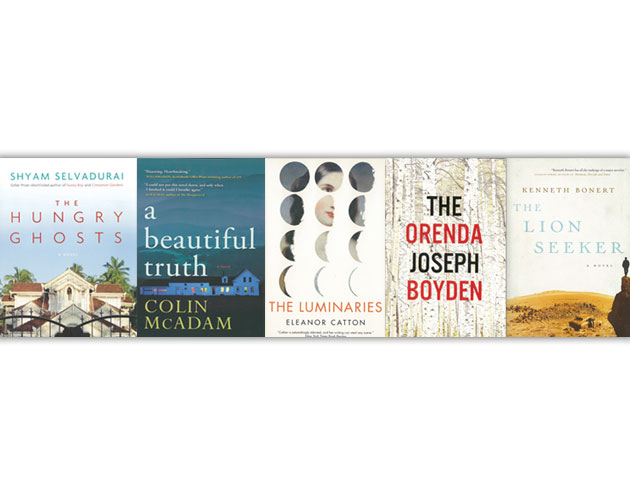 There were some familiar titles among the Governor General’s Literary Awards English finalists for fiction announced this morning, including Joseph Boyden’s The Orenda, which is also longlisted for the Giller, Eleanor Catton’s The Luminaries, which is a contender for this year’s Booker Prize, and Colin McAdam’s A Beautiful Truth, shortlisted for the Rogers Writers’ Trust Fiction Prize.

Other finalists in the English fiction category were: Kenneth Bonert for The Lion Seeker and Shyam Selvadurai for The Hungry Ghosts.

The Canada Council for the Arts announced the list of finalists for all of the 2013 Governor General’s Literary Award categories —the GGs, as they are known – are a bit different than the other prizes in that they are awarded in both official languages in seven categories: fiction, poetry, drama, non‑fiction, children’s literature (text and illustration) and translation.

“Great books abound among this year’s GG finalists, and you won’t be able to put them down. Further proof of the prolific and potent Canadian literary scene,” said Robert Sirman, director and CEO of the Canada Council for the Arts. “Get ready for late nights!”