Five Big Book Sequels & Series to Get You Reading 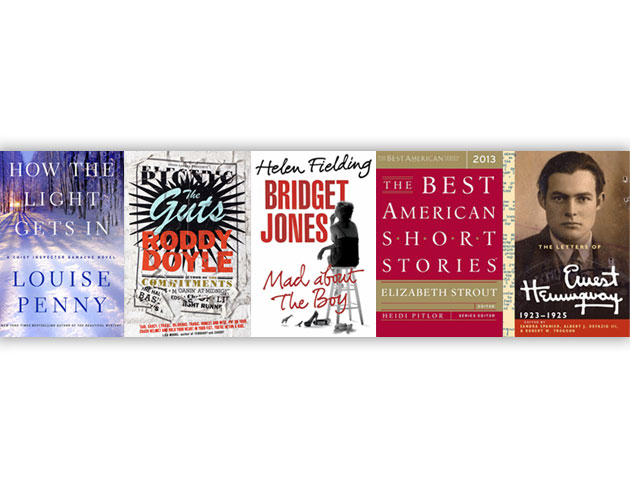 Possibly the only thing better than discovering a new author is learning that a favourite writer has a new work coming out. There’s something comforting about being guided back into a familiar world at the hands of a skilled storyteller. These titles all build on previous works or are instalments in great series, inviting readers to catch up with beloved characters or indulge in a preferred genre.

1. In How the Light Gets In by Louise Penny, nothing is going well for Chief Inspector Armand Gamache. Many of his best agents have left the Homicide Department, his old friend and lieutenant Jean-Guy Beauvoir isn’t speaking to him and his superior is out to ruin him. When the detective learns of a missing person back in the remote village of Three Pines, he welcomes the chance to get away from it all.

2. It’s been more than a quarter century since Roddy Doyle brought the rough streets of the Dublin enclave Barrytown alive in his breakout debut novel The Commitments, and now readers can return to the story of band manager Jimmy Rabbitte and the rhythms of Dublin Soul in The Guts. Jimmy is 47 years old and in treatment for bowel cancer, as his world — his work, his marriage, his family life, his finances — threaten to explode around him. It’s not really a laughing matter, but in Doyle’s hands, the darkest of human situations brims with hilarious expansive life.

3. Helen Fielding’s long-awaited third Bridget Jones novel, Mad About the Boy, is finally available. Our mad-capped heroine, now in middle age, is still on a diet and trying to kick the booze and the ciggies, and it’s no longer her journal generating all the laughs — she’s now armed with a mobile phone and a Twitter account.

4. The short story has been given a fresh appeal with Alice Munro’s recent Nobel Prize win. The Best American Short Stories 2013, edited by Pulitzer-Prize winner Elizabeth Strout, is the next instalment in the perennial showcase for that country’s short fiction. “It’s the variety of voices that most indicates the increasing confluence of cultures involved in making us who we are,” Stout says, and the compilation presents an impressive diversity of writers who lead us into their corners of the world.

5. The Letters of Ernest Hemingway: Volume 2, 1923-1925 documents the life and creative development of this gifted writer and outsized personality. Volume 2 (1923-1925) covers Hemingway’s literary apprenticeship in the Paris in the 1920s during the development of his friendships with Sylvia Beach, F. Scott Fitzgerald and John Dos Passos. During this time, he publishes his first three books and discovers his lifelong passion for Spain and the bullfight. The collection also features many previously unpublished letters and a humorous sketch rejected by Vanity Fair.