Book of the Week: The Goldfinch by Donna Tartt 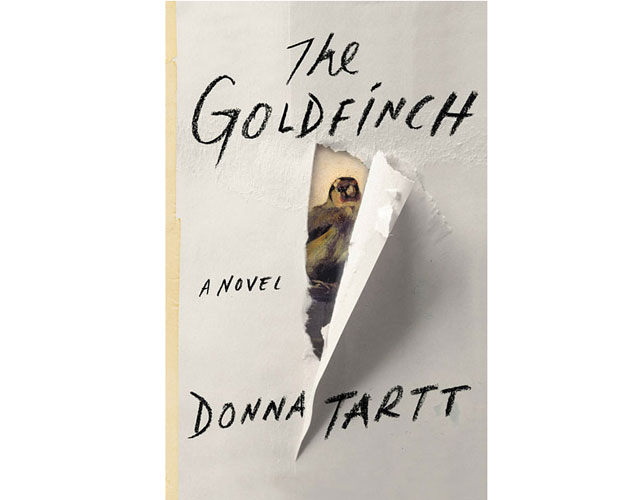 The February announcement that a new book would be coming from Donna Tartt this autumn created a ripple through the publishing world: a new Donna Tartt novel is an event. Since beginning her career with the 1992 publication of The Secret History — one of the most beloved of contemporary novels, as well as an international bestseller published in more than two dozen languages — Tartt has only published one further novel, 2002’s The Little Friend.

Now, two decades after her epochal debut comes The Goldfinch. Weighing it at almost 800 pages (this is the year of big books, apparently), The Goldfinch begins with tragedy, as 13 year old Theodore Decker, visiting New York City’s Metropolitan Museum of Art with his mother, narrowly survives a terrorist explosion which leaves more than 25 people dead, including his mother. After a strange encounter in the smoke and ash, Theo leaves the museum with a painting, Fabritius’ The Goldfinch, “the missing link between” Rembrandt and Vermeer, as his mother explained, moments before the explosion.

The novel follows Theo and the painting through the following years, from the tony Upper Side and into the grittier downtown shadows, from New York to Las Vegas to Amsterdam. The Goldfinch has been compared to Dickens, a sprawling but tightly controlled and beautifully written combination of coming-of-age story, thriller, philosophical inquiry and character study;  all with the depth and beauty we have come to expect from a writer like Donna Tartt.

Was it worth the wait? If it takes a decade to create a book this good, the answer is a definite yes.