Book of the Week: The Bully Pulpit by Doris Kearns Goodwin 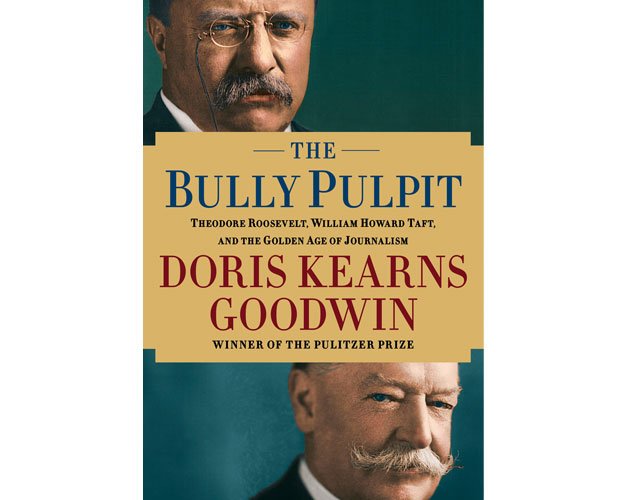 From the acclaimed author of Team of Rivals: The Political Genius of Abraham Lincoln (the basis for Spielberg’s award-winning movie Lincoln) comes another fascinating look at presidential history, The Bully Pulpit: Theodore Roosevelt, William Howard Taft, and the Golden Age of Journalism.

Bully pulpit was actually a term coined by Roosevelt and it was an ideal he strived for.

While Kearns began by writing about Roosevelt, she also explores his strong give-and-take relationship with the press, especially the “muckrackers” of McClure magazine, known for its extensive investigative journalism. Roosevelt believed that he needed such journalists for his bully pulpit to have maximum effect.

At the core of this 900-page opus, however, is the connection between Roosevelt and his successor Taft, historically remembered as bitter rivals during the 1912 Republican convention.

“Only when I came upon the 400 letters exchanged between the two, and went back in time, did I learn about the friendship that had developed between the two since their early 30s… when if finally did break it was much more heart-breaking than just a political rupture.”