Book of the Week: Stats Canada — Satire on a National Scale 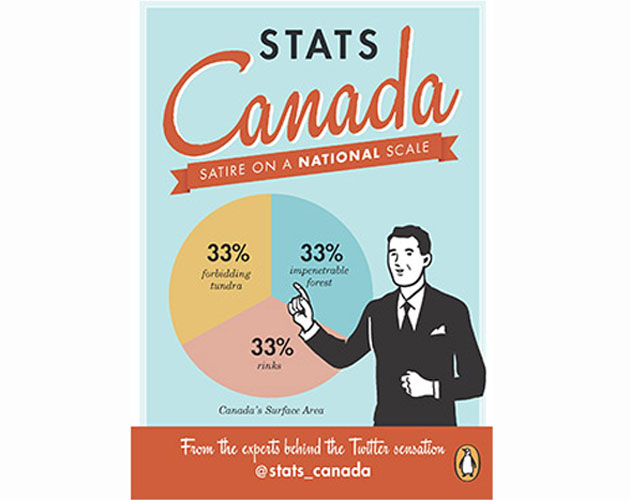 Did you know that 32 percent of Canadians can’t spell “tuque” but own at least four? Or that 77 percent of Canadian drinking games are played to stay warm? (Are you noticing a weather-related trend here?) How about that Canada is similar to outer space because it’s cold and mostly empty?

If you’re confused, you’re not alone. Many before you have been lead astray by the inaccurate data tweeted by @stats_canada over the last year and a half. Of course, it all becomes clear when you learn that the fallacious facts are the product of a parody account that takes aim at Canadians and their culture. With 200,000 followers it was inevitable that there would be a book  — complete with graphs, maps, illustrations, and many more deep untruths.

Not convinced it’s something you want to read? Try sharing one or two of its deeply erroneous statements and watch the gloves (and mittens) fly. Canada is a nation of hockey goons and wrestlers, after all.