Vote for the Zoomer Book Club Book of the Year 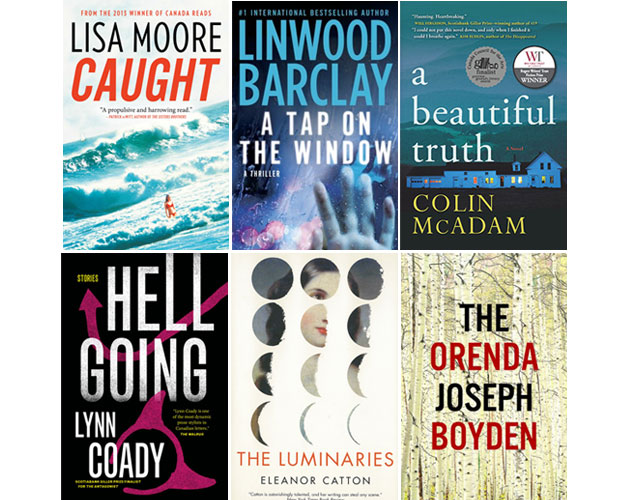 Have your say in naming Zoomer’s Bookclub Book of the Year! We’ve narrowed it down to these six standout fiction choices we think deserve to be celebrated. Which one is your favourite? Scroll down to place your vote.

A Beautiful Truth by Colin McAdam — As the winner of the Rogers’ Writer’s Trust Fiction Prize, this book was praised as a strange and startling examination of what separates the human from the animal. The story of a childless couple and their adopted chimpanzee, it is told in alternating perspectives, using the voices of both humans and chimpanzees

A Tap on the Window by Linwood Barclay —You might not have seen this title on any of the literary award shortlists, but Barclay is easily one of Canada’s most successful writers. His thrillers have been published in 40 languages and 30 countries, and Stephen King himself is a vocal fan. This story of a grieving father convinced there is something horribly wrong in his small town is yet another page-turner from a master of suspense.

Caught by Lisa Moore — Shortlisted for both the Giller and the Roger’s Writer’s Trust Fiction prize, the latest novel from the CBC Canada Reads winner is the thrilling tale of a escaped prisoner who sets out to make one last big score. Both a crime novel and a compelling literary exploration of the drug trade, it’s a page-turner of the highest order.

Hell Going by Lynn Coady — Testament that it is the year of the short story, not only did Alice Munro win the Nobel Prize for Literature, Coady’s absorbing book won the Giller Prize — the first short story collection to win since 2006 and only the fourth to win since the prize’s founding 20 years ago. These nine stories present unique characters and explore the  idea of how they are each going through a (sometimes absurd) personal hell.

The Luminaries by Eleanor Catton — Chances are pretty good that you’ve heard of this genre-bending novel, which won both the Man Booker Prize and the Governor General’s Literary Award for Fiction. Using astrological charts for the structure, and Victorian literature as its inspiration, Catton weaves an intricate tale of intrigue and matters of the heart, set during the New Zealand gold rush of the 1800s.

The Orenda by Joseph Boyden — The third novel by the Giller-winning author of Through Black Spruce was short-listed for the Governor General’s Literary Award for Fiction. While it didn’t claim this honour, the book has been hailed as a must-read by critics everywhere, who praise its unflinching account of Canada’s founding and its effects on the native population.