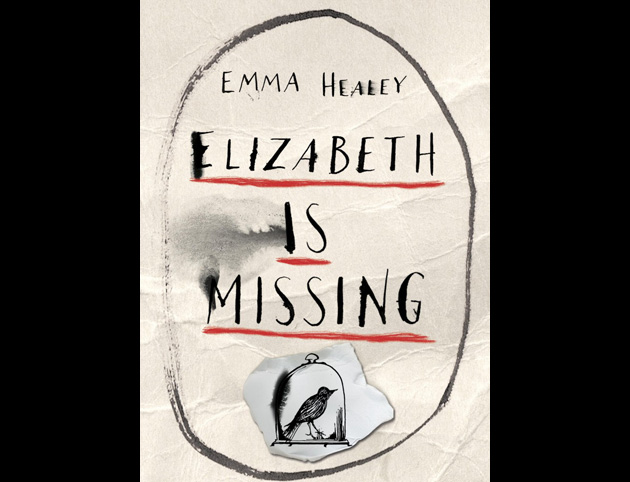 Watch our interview with author Emma Healey on the mysteries of memory and her new novel about an 82-year-old woman with dementia.

It is in many ways, unfortunately, a story of our times.

British author Emma Healey’s debut novel is told entirely from the point of view of an 82-year-old grandmother, Maud Horsham, who is living with advanced dementia.

While much of the story is about Maud’s search for her friend Elizabeth, whom she believes has gone missing – and relatedly, a parallel search to find out what happened to her sister, Sukey, who vanished under mysterious circumstances years before – the book is at its heart an intimate portrait of what it’s like to live with dementia and know you are gradually losing your mind.

Coming from a young writer (Healy is in her 20s), the voice is surprisingly authentic. So are the grim details: Maud’s embarrassment over her lapses and fear of making more of them, the endless cups of tea she forgets to drink, the memory aids and Post-It notes that increasingly make no sense. My father suffered from Alzheimer’s, and I found parts of the story so realistic that at times it was difficult to read and I had to literally put the book down.

Like many people living with Alzheimer’s, Maud’s recall of her youth – and in her case, the events around her sister’s disappearance in the years following the Second World War – is lucid and detailed. It allows us to see that even with her diminished short-term memory, Maud is still, in essence, herself. And despite everything, she strives to hang on to her dignity.

Healey’s inspiration to write about dementia – and at least partially, her insight into the disease – came from her grandparents, particularly her paternal grandmother who was diagnosed with multi-infarct dementia.

“Telling Maud’s story was my way of exploring memory and what was happening to my grandmother,” Healey said, during our recent chat in Toronto. “It was a way of explaining the condition [dementia] to myself, if only in some vague way, without being scientific.”

Other than spending time with relatives with dementia and their care partners, Healey studied the history of the discovery of Alzheimer’s disease and various manuals on how to care for people with dementia, which were, Healey said, extraordinarily inconsistent. She also visited some online forums or dementia diaries, where she found people with dementia to be surprisingly candid and articulate about the disease.

“They were able to laugh at themselves,” she said. “You can remember forgetting, which seems such a contradictory thing.”

Healey’s research led her to other interesting insights.

Take the notion, for instance, that it doesn’t matter if you’re rude or impatient with people with dementia since they won’t remember it anyway. But while people may not remember the unkind words, research shows they do retain the hurtful feelings the words caused, she said.

“You many not remember the words or the cause of the hurt, but you’ll carry the feeling around afterward. You’ll be distraught but you won’t remember why.”

Another curious finding pertained to doorways. “People can hold onto an idea or a memory up until the moment they walk through a door, and then it’s gone,” Healey said. “It makes you think about the meaning of doorways in our culture.”

Alzheimer’s is, tragically, a story that likely won’t be going anywhere, anytime soon. Statistics show that one in 11 Canadians over 65 has Alzheimer’s or a related dementia, and this number is expected to grow as much as 50 per cent over the next five years. Women make up almost three-quarters of Canadians with Alzheimer’s disease.

Can we therefore expect more books like this one? Does Elizabeth Is Missing mark the beginning of a trend, with more stories and films about people living with dementia, and the challenges they and their loved ones face? (A particularly moving example is Sarah Polley’s film Away from Her with Julie Christie and Gordon Pinsent, based on a story “The Bear Came Over the Mountain” by Alice Munro.)

“In Britain, there’s talk about ‘dementia-thriller’ as a new genre,” Healey said, smiling. But then added more seriously, “Part of the reason I was writing is that I hadn’t found much fiction, a few bits and pieces, but not a novel that really addressed dementia. I think it’s really important.

“I hope there will be more books that recount the experiences of people who are older. It’s something we don’t have enough of.”

And it seems others agree. Elizabeth Is Missing, despite being a first novel, caused quite a stir in the publishing industry and prompted a bidding war in the U.K. among nine publishers.

“But Canada got the book first, and I don’t think it would have got the buzz it did if it hadn’t been for that,” Healey said.

“So thank you to Canada for that.”

Elizabeth Is Missing is available at Indigo and Amazon.ca