Book of the Week: MY OCTOBER by Claire Holden Rothman 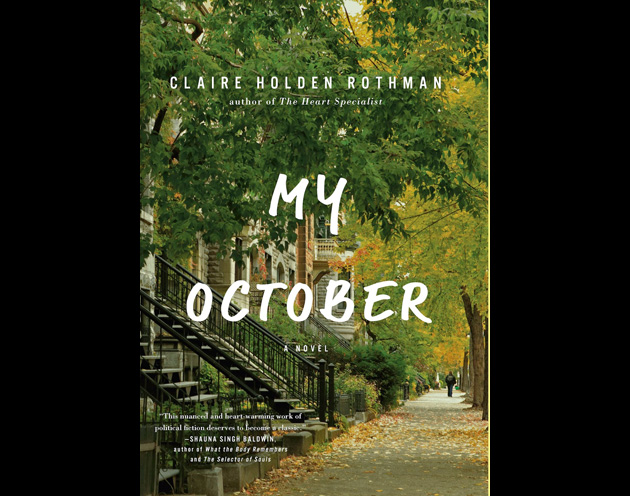 Nominated for the 2014 Scotiabank Giller Prize, My October is set in 2001 Montreal, and tells the story of a family — and a country — divided by its two official languages and cultures. The novel follows celebrated Quebec novelist and superstar separatist Luc Lévesque, his Anglo wife, Hannah, and their 14-year-old son, Hugo. Luc Levesque, at 50, is going through a full-blown midlife crisis, while Hannah is sandwiched between tending to her ailing parents and helping Hugo, who has struggles of his own as he tries to understand his family’s connection to the FLQ crisis of October 1970. From teenage turbulence and middle age angst to aging parents, it’s big, multi-generational family drama – set against the backdrop of a conflict of cultures and the long shadow of a violent historic event.