This Week’s Must Read: ALL THE OLD KNIVES by Olen Steinhauer 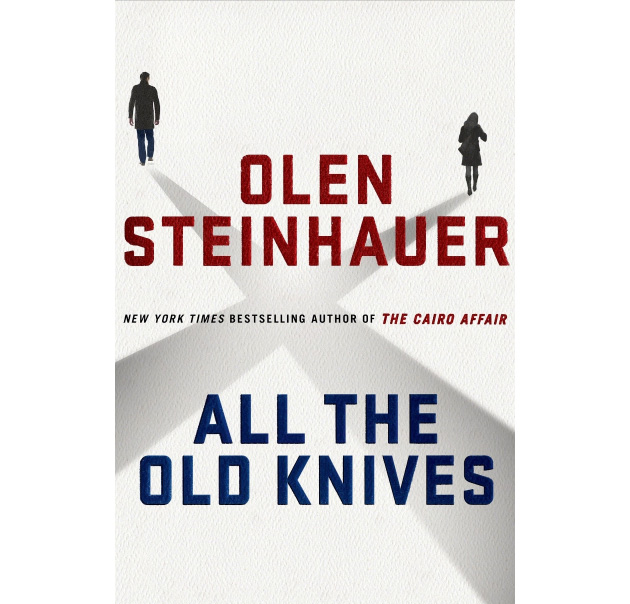 The spy who loved me – or not. Can spies who are also lovers ever truly trust each other? After all, it’s hard enough at times to keep faith in your partner, even one who isn’t trained in the art of deception – and when the need arises, murder.

In Olen Steinhauer’s new thriller, knives really become sharpened when CIA operative Henry Pelham, flies from Vienna to Carmel-by-the-Sea to have dinner with former agent, and his some time lover, Celia Favreau. The reason for the rendezvous, we soon realize, has less to do with rekindling romance than uncovering – or covering up – a dangerous secret from the past.

Henry’s assignment is to investigate a possible mole in the Vienna station, where six years before, terrorists hijacked an airplane with over a hundred hostages and the rescue attempt was compromised, ending in tragedy. Could Celia had been the informant? Or is Henry covering his own tracks? All we know is that when the dinner is over, someone will have to pay.

Inspired by Christopher Reid’s nostalgic poem The Song of Lunch, Steinhauer set out to spin an intimate tale that takes place entirely around a restaurant table. He didn’t entirely succeed – part of the story includes flashbacks to post 9/11 Vienna, Moscow and Dublin – but unlike his other action-packed blockbusters, this one is as much about the nuances of romantic love as spy craft. Perfect for fans of intelligent espionage fiction ala Graham Greene and John le Carré, it’s a page-turner that will keep you up most of the night.

ALL THE OLD KNIVES (St. Martin’s Press) is available at Amazon.ca and Indigo