What’s the Story with Go Set a Watchman? 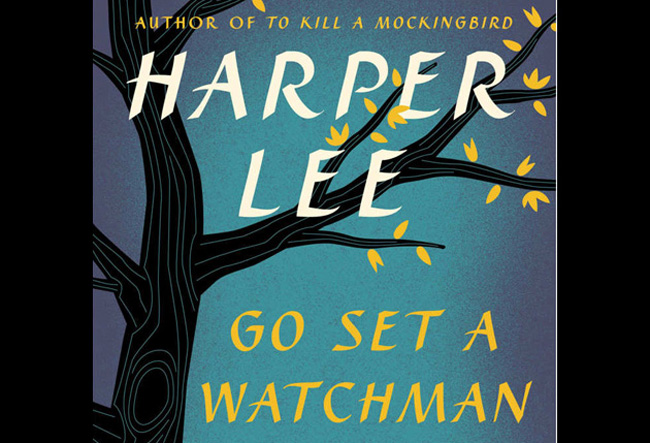 Everybody has an opinion about the “new” Harper Lee book, Go Set A Watchman, published this week and an instant bestseller with huge hype.

And that’s how it’s been since the manuscript was “discovered” in November.

Up for debate are many questions regarding this highly controversial second book by the author who won a Pulitzer Prize in 1960 for To Kill A Mockingbird, and especially, whether it should have been published at all.

A. None of the above. It’s the original draft of To Kill A Mockingbird which was greatly revised and altered by Lee and by her editors before being published.

Q. How was it “discovered” and by whom?

A. Ah, therein lies much of the controversy. Lee, famously reclusive, always insisted that she would never publish another book. Her older sister Alice, an attorney who managed her business affairs and shared a home with her, underlined that vow. Two months after Alice died, the only other attorney in the office, Tonja Carter who took over managing Lee’s estate, claimed she’d discovered the Watchman manuscript among Lee’s papers.

According to reports, Carter said she’d never heard of it and rushed it over to Lee. Carter has said that Lee then reversed her stance against publishing and pronounced herself “happy as hell” to have it published.

Lee is an 89-year-old stroke victim, nearly deaf and blind, with cognitive and memory impairment according to friends, and living in a nursing home.

The headline on a thorough analysis of the controversy by Washington Post writer Neely Tucker, himself a Southern novelist, reads, To Shill A Mockingbird.

“Everybody who’s interested knows Go Set a Watchman is the first draft of Mockingbird,” says Tucker in a phone conversation. “Of course it was seen before, for years. It was no secret to her editors.”

He adds, “It’s suspicious and there’s been no press conference by her agent and publisher to speak to these questions. There are tons of questions they have chosen not to answer – profound questions that go to the very heritage of Mockingbird’s status in American letters.”

Q.How is Watchman different from Mockingbird?

A.The original manuscript that has become Watchman is set about 15 years after Mockingbird. The narrative is written in the third person. Scout is an adult. Finch is no longer a courageous stalwart hero. He’s a stereotypical racist and aging, arthritic segregationist.

“It’s astonishing,” says Tucker, “that Finch goes from being the most revered character in American film, America’s moral hero concerning nation’s most vexing question, which is race, to being a petty bigot.

“It’s like saying James Bond has always worked as a double agent for the KGB or Harry Potter went to work for Voldemort.”

Q.Which one is the real Atticus Finch?

A. There is no real Atticus Finch. He’s a fictional character based on the author’s father.

The manuscript version makes him more complicated, a man of his time and place but with a sense of duty and belief in the rule of law.

The Mockingbird version presents him more sympathetically, emphasizing his best qualities, his moral compass and humanity.

But the real Atticus Finch, for most of us, is Gregory Peck, who won a Best Actor Oscar in the movie role. Think Atticus Finch and you see the courtly, thoughtful, heroic, ethical Southern gentleman lawyer with Peck’s face and stature.

Q. Should I read Watchman?

A. The best reason, maybe the only reason, to read it, say pundits, is to learn about book editing by comparing it to Mockingbird. It’s an excellent tutorial in how a manuscript can be revised, re-structured and transformed into a masterpiece.

But if you want to remember Atticus Finch as Gregory Peck, as the principled father of the young girl in Mockingbird, you might want to avoid the new book.

Many people are doing just that – and writing about it.

“I don’t want a book as precious to me as To Kill A Mockingbird to be changed for me in any way,” wrote one book blogger, speaking for many of us.