Margaret Trudeau on the Time of Her Life 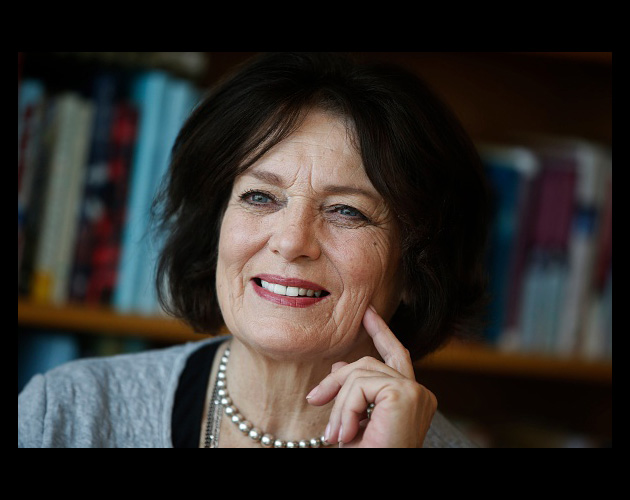 Margaret Trudeau has written a new book,The Time of Your Life ... about enjoying a joyful old age. She is seen here in Harper Collins office downtown Toronto. (Colin McConnell/Toronto Star via Getty Images)

Here, Margaret Trudeau on family, aging, mental illness and the content of her new book

Sounding as girlish and spirited on the phone as she looked in the photos we remember from the ‘70s, Margaret Trudeau talks about life, her family, mental illness and the content of her new book, The Time of Your Life: Choosing a Vibrant, Joyful Future.

At 66, Trudeau seems to have found the sweet spot, revelling in grandmotherhood, her independence and her job as a speaker and advocate for understanding and treating mental illness. Nevertheless, there was a profound undercurrent of poignancy in her conversation.

Here’s what she had to say about:

Already, she says, about one out of three people who come to her book signings want to talk about Justin. But she’ll stay out of his political life.

“It’s just not my turn. It’s his generation’s turn. And I don’t want to be inside that horror of an election campaign, the desperation of political machinery. I don’t want any part of it. I would be Justin’s Achilles heel, just like I was Pierre’s. I can be helpful if necessary. The kind of advice that I can give Justin —I do have a good memory, so he sometimes reaches back for me to help him understand some things his dad went through, what his dad envisioned.”

“We really can’t hide our age. We’re fools to think we can. I have friends who’ve tried to lop 10 years off age, but it gets terribly complicated with the age of the children, the grandchildren.

I remember how it felt when the wrinkles started appearing. I got terribly wrinkled and lost my beauty completely when I went through (the worst). But then I began getting back life and taking care of myself and, with having my own home, I just replaced the 50 watt bulb in bathroom with a 25 watt pink one.

Now that I’ve reached almost 67, I realize I’ve been in ‘nail prison’ for years, going in to have my nails done. Let people see you become the saggy baggy beautiful person you are. If you have kindness, your eyes sparkle, you have a good smile, nobody notices the lines.

Having a good smile and healthy mouth should be a high priority, not a luxury. I’ve had a fear of taking my teeth out and putting them in a glass. I have put so much money into my teeth. The cost is high, no question. Dentistry is the last bastion of capitalism in our country.”

“(In the book) I’m making a case for staying in a marriage even if you’re bored with each other. If you can get through your 50s, when the children are grown and there are no grandchildren yet, when you feel that it’s just a drain and you’re finished, the next chapter of your life together can be much better. One of my biggest regrets is that I don’t have a grandpa to share the grandchildren with.

In both marriages, I went full force into children and running the household. It was a huge investment, and I’m really sorry that we didn’t build on that investment, that it was thrown to the wind. But I had to face my demons alone.”

In her book, she writes, “I yearn for intimate companionship, but I have no interest in younger men, nor do I wish to take on the challenges of a new relationship with an older man…to be perfectly frank about it, I don’t want to be anyone’s nurse.”

She also writes that she finds the option of online dating “a comforting form of insurance,” and that her online profile might read:
“Twice-divorced mother of five and grandmother to seven with a colourful past seeks a new man in her life. Must not behave in any way old or like a “fuddy-duddy,” though must be age-appropriate. I am no cougar.”

Just writing about that has brought a response.

“I have so many gentlemen wanting to be my friend on Facebook. I don’t even open up Facebook because I’m terrified. I ask women who are in happy marriages and love their husband, ‘If darling Joe dies, would you consider remarrying?’ And they say no. I ask men the same question, they get a sorrowful look and say, “I’d need time to get over my loss…’

“Of course, they’re going to go for younger women.

“We don’t need husbands if we have financial freedom. But I remember what it felt like to be swept off my feet. I don’t want to be in a marriage but I’d like to be cherished and adored and romanced and comforted and encouraged, and a little extra on the side.”

Wouldn’t men be somewhat intimidated by her?

“Part of my recovery was taking on a job. My boys had been supporting me, just expenses for the house. The doctor’s orders were for very little stimulation. I listened to classical music trying to soothe, to live in my grief. When I started waking up, I got up and put on working clothes and worked for $11 an hour with a relocation service. I didn’t have computer skills. The boys got me a computer and there it was, a horrible object on my dining room table. Once I got better, I started giving talks about mental health and courage and I started the career which I do now: talking from the heart, telling and hearing sad and strong stories. I’m also on the board of the University of British Columbia Brain Health Institute.”

“I was very lucky to have Pierre as a mentor in my 20s. Pierre and I had an extraordinary life together. After the divorce, we had a blended family life together, holidays, skiing together, being at his cottage, such respect for each other. But during the marriage, we didn’t know that what was robbing me of my ability to be happy was my bipolar disease.”

“Having bipolar disease, untreated for many years, was my secret. When I finally did give in and accept that I needed help, all the doors opened for me to live a consistent, reliable, happy life.

Now I try to make people understand that the finest families — intelligent, compassionate people — are not able to fix the deep emotional turmoil of mental illness. It requires a disinterested qualified party.

I also really support pharmaceutical treatment. I had a very specific chemical imbalance in brain function, that triggered to depression or manic behaviour. It’s the mania that’s so destructive and must be treated.”

“I’d be flinging up into mania with a rush of dopamine that would not allow me to have second sober thoughts. I became notorious, running off with the Rolling Stones — other women in other situations might run off with the guy at the 7-11. It’s a symptom of the illness: excessive libido, wanting fun, play, it’s trip.

With depression, you can learn how to turn thoughts from negative to positive with cognitive therapy, to walk on the sunny side or to carry an umbrella.

It was the mania that hospitalized me, took away my money and my self-respect and caused the deepest crisis in my mental history.

The trigger for me (to get help) was this extraordinary grief over the loss of my son and of Pierre. Instead of shrugging it off as in the past, I was finally mature enough to understand that I had to go through the process: a complete rebuilding of the way I thought, the way I reacted to life.”

“I’d never make a bucket list — if I’m open today, tomorrow will follow. It’s more a list of the things you no longer want to have in your life, to not have to deal with, to be able to grab this new freedom of aging. It’s questioning how deep your loyalty is to the life you have, how much change you could handle. It’s important not to be frightened about change. Because change is not an option. It’s inevitable with aging.

One of my dearest, closest friends is now in a nursing home because she has Alzheimer’s. We had so many plans. We were going to go to Ireland together. We didn’t know we didn’t have time left.

My next book will be about how to be a grandma: games, pictures, children’s things, personal things, memories, photos — I have 10,000 photos. It’s what my fans want. Or it might be a children’s book.”

The New Book: The Time of Your Life

Eleven chapters offer advice about everything from finances and economizing to exercising and friendship — and sexual attraction and affairs, including her “pull” to Teddy Kennedy.

She writes, “I don’t even believe that infidelity — either one’s partner’s or one’s own — should be an automatic reason to divorce or otherwise leave a long-term relationship. I have heard extramarital sex described as ‘the ultimate betrayal.”

“Sex is a basic instinct, and sexual attraction can be incredibly powerful. I remember the first time I met Teddy Kennedy. We were at a state dinner in New York.

I would later come to know him as a very kind, thoughtful person. But that evening I felt such a pull toward him that we couldn’t even stand within a couple of metre of one another. Pierre was not amused.

I am not condoning affairs by any means. But again, when it comes to break up a marriage, I say proceed with caution. The alternative may not be as rosy as it seems.”