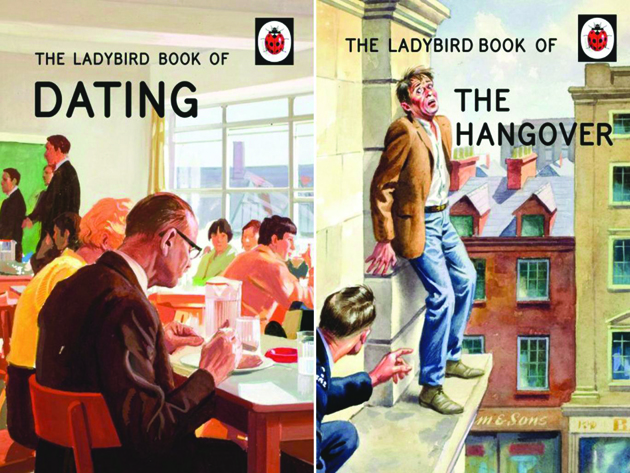 The British company Ladybird Books releases a series of witty reads for adults.

“When we are young, we all dream of doing something exciting and wonderful with our lives…Anything is possible. And then, one day, it isn’t.”

And so begins The Ladybird Book of The Mid-Life Crisis, just one of the new adult “info” books from the British Ladybird imprint, which historically publishes “Peter and Jane” (think Dick and Jane) tomes for kids and celebrates its centennial this year.

The adult books combine Brit wit, modern ideals and authentic 1950s styling and include titles like The Hangover, Dating and The Mum, which asserts, “A mum has two very important jobs to do. One is to look after her children. The other is to do everything else as well.”

A version of this article appeared in the September 2016 issue with the headline, “Retro Reads,” p. 15.