Searching for Mr.Darcy (At this Age?) 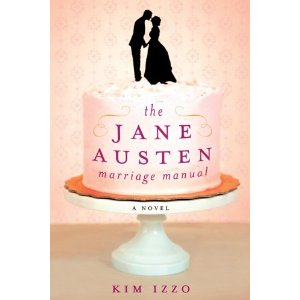 As we mark the bicentenary of the death of British literary icon and chick lit’s founding scribe, Jane Austen, Zoomer’s Deputy editor Kim Izzo revisits the concept of marrying well in her first novel The Jane Austen Marriage Manual.

It is a truth universally acknowledged that a single woman over 40 must be in want of a husband. Suffice to say that the previous sentence is not an accurate reprinting of Jane Austen’s line from Pride and Prejudice. Indeed, it would not even be a consideration that a woman who lived past 40 in the early 19th century would have any chance of matrimony. In Austen’s era a so-called spinster was expected to spend her days doing needlepoint and meddling in the love lives of her nieces and nephews. Fast forward 200 years to our culture where being single after 40 or 50 or 60 doesn’t mean we have to abandon hope of finding romance; it just means we haven’t met the right man. We are still quite capable of finding our own Mr. Darcy. And I venture to guess that as mature women we are also hoping our real Darcy is as financially secure as the fictional one.

This is the plot of my first novel, The Jane Austen Marriage Manual (HarperCollins Canada). The idea came to me on the eve of my 40th birthday, when I found myself underemployed with only a part-time contract at a magazine and the home I grew up in lost due to financial issues not of my making. Needless to say, it wasn’t a carefree time but it made me relate to Elizabeth Bennet in Pride and Prejudice and the Dashwood sisters in Sense and Sensibility, women also on the cusp of losing their homes and, with it, financial security and their place in society. Their solution was a sign of their time: marry well.

At my birthday dinner, having contemplated such things, I joked, “Is it too late for me to marry a rich man?” Everyone laughed, but then it occurred to me that perhaps it was too late, that is, I was too old. During the coming months as I pondered such a horrifying idea, the recession hit creating the worst economic climate since the Great Depression. It made me wonder what all of the many women who lost their jobs and couldn’t find another could do to ensure they survived and thrived. That’s when I started writing.

In the novel my heroine, Kate, attempts to find a rich husband in order to stave off financial ruin during the recession. It may be pure romantic comedy fiction, but there is something to be said for not giving up because your so-called “best years” are behind you.

As I researched my book it occurred to me quite plainly that many of Austen’s thoughts and even “rules” on making an “eligible match” are, in fact, wasted on the young. In her era, young women relied on their mothers to find worthy suitors. Where do young women today turn to for such help? Facebook and eHarmony?

Women of a certain vintage – yes, the over-45 set, I’m talking to you – may have the advantage over our junior league counterparts because we can rely on years of experience. We know what we don’t want and have stopped liking “boys” simply because they like us. And, unlike poor Elizabeth Bennet, our feisty independence is a bonus to modern men. As mature women, we also don’t immediately swoon at the tall, dark, brooding billionaire in the corner who won’t give us the time of day – on second thought, some things never change. But no matter! We are in charge of our destiny and being wise and independent women makes us all the more alluring. Not to mention that we have made our own way and some of us our own fortune and don’t need to pair up just for security. In other words, we are able to play a double role: that of Elizabeth Bennet and Mrs. Bennet.

Of course, the point of Austen’s books is that marrying solely for money leads to misery and unappealing potential husbands like Mr. Collins in P&P. I’d like to argue that passion and that old-fashioned word, companionship, actually amount to quite a lot in any marriage that counts happiness as a goal. If Austen isn’t enough to prove the point, consider this symbol of English history: the Tower of London. Sure, it’s a castle and was the home of kings and courtiers, but it was also a prison, and none of the brides wed from it had a happy ending. So while money is nice, necessary in fact – and who am I to suggest you don’t list financial security or lucrative career on your list of husband must-haves – I’d like to believe that at this stage of our lives, we know the difference between a good catch and a good match. If you don’t believe me, take a note from Austen and this time I’ll quote her line from Pride and Prejudice accurately. “You would never think of marrying a man like that just to secure your own comfort?”

As for my heroine’s fate, she too learns to embrace her age with all that it brings to her life including her ability to make wise choices. But does she marry well? That is up to readers to decide.