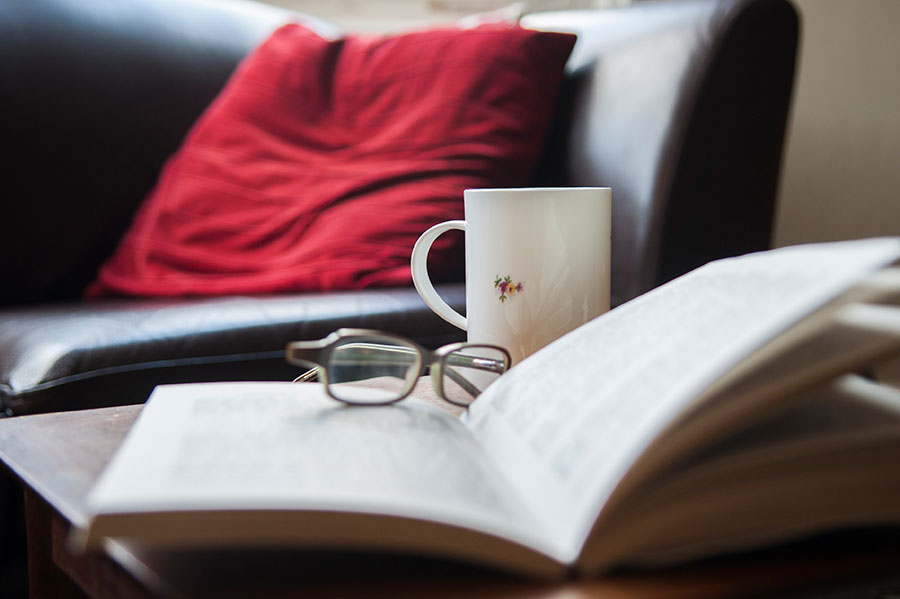 This is us. Here, evoking Canada through its literary soul.

The writer Rudy Wiebe once said, “Only the stories we tell each other can create us as a true Canadian people.” Through these following fragments – a minuscule sampling, let it be said – some of our country’s talented fiction writers capture its history (the good and the bad), its landscape, its passions, its diversity and, yes, even its weather, creating a mosaic of this beautiful and complicated country

Scroll through for excerpts from some of the most iconic Canadian literature of all time. What a land. What power these rivers were already yielding, far beyond her sight. Even a map of this country – lines arranged in an arbitrary way on a long rectangular piece of paper – stirs the imagination beyond imagination, she thought, looking at the map, as other lines differently arranged in relation to each other have not the power to stir. Each name on the map says, “We reached this point, by broken trail and mountains and water; and when we reached it, thus and thus we named it. —Swamp Angel by Ethel Wilson, New Canadian Library

If Canada had a soul (a doubtful proposition, Moses thought), then it wasn’t to be found in Batoche or the Plains of Abraham or Fort Walsh or Charlottetown or Parliament Hill, but in The Caboose and thousands of bars like it that knit the country together from Peggy’s Cove, Nova Scotia, to the far side of Vancouver Island. —Solomon Gursky Was Here by Mordecai Richler, Penguin Canada Modern Classics

The winters of my childhood were long, long seasons. We lived in three places – the school, the church and the skating rink – but our real life was on the skating rink. —The Hockey Sweater by Roch Carrier, House of Anansi

Perhaps some scientist of the future, Murray thought, would be able to analyse the nature of the chain which bound Canada to England. Certainly no one could do it now, for the links were tenuous. Hardly anyone in Canada really understood the legal obligations of his own country to England. Hardly anyone cared. Yet the chain was stronger than the sceptics guessed, for twice, within the last fifteen years it had pulled Canada into England’s wars, and Canadians had offered their lives without question. —Barometer Rising by Hugh MacLennan, New Canadian Library

I don’t know whether you know Mariposa. If not, it is of no consequence, for if you know Canada at all, you are probably well acquainted with a dozen towns just like it. —”The Hostelry of Mr. Smith” from Sunshine Sketches of a Little Town by Stephen Leacock

Here was the least common denominator of nature, the skeleton requirements simply, of land and sky – Saskatchewan prairie. It lay wide around the town, stretching tan to the far line of the sky, clumped with low buck brush and wild rose bushes, shimmering under the late June sun and waiting for the unfailing visitation of the wind… —Who Has Seen the Wind by W. O. Mitchell, New Canadian Library

He was born into a region which did not appear on a map until 1920, though his family had worked there for twenty years and the land had been homesteaded since 1816.

In the school atlas the place is pale green and nameless. The river slips out of an unnamed lake and is a simple blue line until it becomes the Napanee twenty-five miles to the south, and, only because of logging, will eventually be called Depot Creek. “Deep Eau.” — In the Skin of the Lion, Michael Ondaatje, McClelland & Stewart

I could not stop looking at the constable, standing at the back of the drawing room of Government House with tears streaming down his cheeks. It was April Fool’s Day, 1949. The old man, who, for decades, had worked at Government House, stood rigidly at attention, fists clenched …. The new lieutenant-governor was given by the secretary of state a mahogany-framed certificate of Canadian citizenship. Newfoundland the country ceased to be. — The Colony of Unrequited Dreams by Wayne Johnston, Vintage Canada

All of them were sitting in the three rows of seats at the back of the streetcar; and she figured they were men going home from a long day of temporary, unskilled labour. But how did she know this? she asked herself. She knew because she was once like them. That was what used to be called “Canadian Experience.” Yes! She was sure that when they said, “You do not have Canadian Experience,” they were using the code for “You black.” —More by Austin Clarke, Thomas Allen Publishers

Sometimes this god-man almost believes that he owns this island, that he has perhaps invented it. He expects that he should be able to conjure it for you out of the thin air above his kitchen table: twelve thousand square miles of rugged stone mountains and timber stands and logged-off slopes and deep green valleys, sprinkled with fishing villages around rotting wharves, with logging camps of tarpaper huts on skids, with towns and resorts and hobby farms, with snag-spiked lakes and long crooked green rivers. —More by Austin Clarke, Thomas Allen Publishers

As if from thin air a grinning Father Lafleur appeared behind the brothers, and, with a gentle touch Jeremiah’s left shoulder, purred.

“Now, Jeremiah. You know you’re not to speak Cree once you’re off the plane.” Jeremiah felt a choke breaking against his throat. Small brown suitcases in hand, the Okimasis brothers silently trudged up the grassy slope, past a dying clump of fireweed. —Kiss of the Fur Queen by Tomson Highway, Anchor Canada

They arrived by train in Toronto in 1923. At Union Station, they were met by a minister of the A.M.E. Church in Toronto. He and his wife put up the Canes for two nights. They visited the waterfront. Walked on Yonge Street. Sat, to their amazement, next to white folks in an Italian restaurant. They were assured, however, that not every restaurant and hotel would admit black people. —Any Known Blood by Lawrence Hill, Harper Collins Canada

There were no Depression jobs for such men. They had been deserted by the railroad companies and betrayed by the many labour contractors who had gone back to China, wealthy and forgetful. There was a local Vancouver by-law against begging for food, a federal law against stealing food, but no law in any court against starving to death for lack of food. —The Jade Peony by Wayson Choy, Douglas & McIntyre

It was one of those days that have no mercy on your toes, that are oblivious to the suffering of your ears, that are mean and determined to take a chunk of your nose. It was a day to remind you that you can shiver all you want, sniff all you want, the universe is still oblivious. And if you ask why the inhumane temperature, the universe will answer you with tight lips and a cold tone and tell you to go back where you came from if you do not like it here. —Cockroach by Ravi Hage, Anansi Press

How lonely now and distant these lives and deaths of my grandmother’s early life. And how different from the lives and deaths of the three sons she has outlived. Men who left the crying gulls and hanging cliffs of Rankin’s Point to take the road into the larger world to fashion careers and lives that would never have been theirs on this tiny sea-washed farm. —”The Road to Rankin’s Point” from Island by Alistair MacLeod, McClelland & Stewart, Emblem Editions

Northern British Columbia was a mystery to him, much less Europe. He’d lived down south in Bella Bella with his mom’s family when he was a kid, and then they moved up here for his dad’s job, but he’d never been to his dad’s home in Alert Bay. It was on a small island a ferry ride away from Vancouver Island. Nana Sophia had wanted to adopt Jared into her clan so she could give him his dad’s potlatch name, but his mom had told Nana she could shove her clan up her ass. —Son of a Trickster by Eden Robinson, Knopf Canada

Rendezvous is our winter festival, held each February since the Gold Rush, they say, to fend off cabin fever and give frostbitten and exhausted miners a chance to cut loose.

We have flour-packing and log-sawing contests, dog-sled races, sourdough pancake breakfasts, a longest beard contest for the fellas, and a hairy leg contest for the ladies. It is winter in the Yukon, after all. —One Man’s Trash by Ivan E. Coyote, Arsenal Pulp Press

A few nights of the right weather, and I’m talking thirty-below, teeth-aching and nose-falling-off type weather, and the canal would grow about a foot of ice. Hard as marble, and just as smooth. Strong and true. It gives me goosebumps just thinking about it, Looksee there, see how goose-bumped I am right now.

I can’t remember lacing on blades for the first time. Like-wise with hockey. I’ve got no idea when I first of, saw, or played the game of hockey. —King Leary by Paul Quarrington, Anchor Canada

He’s got this thing about Canada. He says it’s like America only with health care and no guns, and you can live up to your potential there and not have to worry about what society thinks or about getting sick or getting shot. —A Tale for the Time Being by Ruth Ozeki, Penguin Canada

People coming into the store frequently ask Shanita where she’s from. “Right here,’ she says, smiling her ultra-bright smile. “I was born right in this very city!” She’s nice about it to their faces, but it’s a question that bothers her a lot.

“I think they mean, where were your parents from,” says Charis, because that’s what Canadians usually mean when they ask that question.

‘That’s not what they mean,” says Shanita. “What they mean is, when am I leaving.” —The Robber Bride by Margaret Atwood, Emblem Editions

Spring has most certainly, finally, come. The morning drive to the plant from Fort McMurray was so dazzling with fresh green against the heavy spruce, the air so unearthly bright that it swallowed the smoke from the candy-striped chimneys as if it did not exist. —The Angel of the Tar Sands by Rudy Wiebe from River of Stone, Random House of Canada

The dream was in fact a lot like the Vancouver weather – a dismal sort of longing, a rainy dreamy sadness, a weight that shifted round the heart. —”To Reach Japan” from Family Furnishings by Alice Munro, Penguin Canada

There were Italian neighbourhood and Vietnamese neighbourhoods in this city; there are Chinese ones and Ukrainian ones and Pakistani ones and Korean ones and African ones. Name a region on the planet and there’s someone from there, here. All of them sit on Ojibway land, but hardly any of them know it or care because that genealogy is wilfully untraceable except in the name of the city itself. They’d only have to look, though, but it could be that what they know hurts them already, and what if they found out something even more damaging? These are people who are used to the earth beneath them shifting, and they all want it to stop-and if that means they must pretend to know nothing, well, that’s the sacrifice they make. —What We All Long For by Dionne Brand, Vintage Canada