Nostalgia: Celebrating ‘Gone with the Wind’ 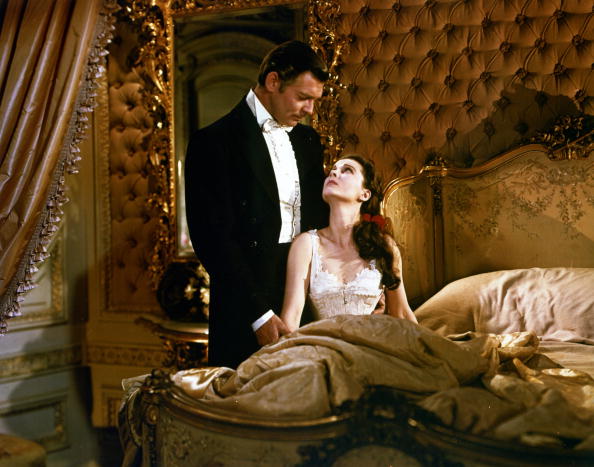 Margaret Mitchell, author of Gone with the Wind, one of the best-selling novels of all time and the basis for a blockbuster movie produced by Hollywood giant David O Selznick, was born on this day (Nov. 8) in 1900.

The book, while criticized by some for its romanticized view of the slave holding elite of the Old South, captivated readers across the world for its epic tale of passion, love and loss during the Civil War. And so, unsurprisingly, by the time Mitchell won the Pulitzer Prize for Fiction in 1937, a movie based on the book was already in the works. Mitchell was paid what was then a record-setting $50,000 for the film rights to her book.

On Friday, December 15th, 1939, Gone With The Wind made its debut in Atlanta and would go down in the history books as one of the finest achievements in cinematic history. The movie took three years to make, went through three directors, captivated the entire country, broke box office records and would go on to win 11 Oscars.

For the Atlanta premiere, the mayor shut down the city for three days for the monumental event. When the stars of the film, Clark Gable, Vivien Leigh and Olivia de Havilland arrived in town, an estimated 300,000 people lined the streets to greet Hollywood royalty.

Based on Mitchell’s portrayal of a feisty southern belle and her determination to survive during the Civil War in the South, the movie spawned one of cinema’s all-time favorite heroines, Scarlett O’Hara.

British actress Vivien Leigh, an unknown at the time, fully embodied the role, making it virtually impossible to imagine now any of the other popular actresses of the time — Bette Davis, Katharine Hepburn, Joan Crawford — who were being considered for the coveted part.

Surprisingly, of all the Academy Awards heaped on the film, there were none for the costumes, mainly for the reason that the Academy didn’t start handing awards out for costume and design until 1948. But as much as the film remains a fixture in popular culture today, it is also the costumes that left certain scenes from the movie etched forever on fans’ minds.

Iconic Fashion Moments from Gone with the Wind
We round-up the fashion looks from the movie that will belong forever with Gone With The Wind.

In Defense of Scarlett O’Hara
I’ve been known to be temperamental. I prefer the word passionate. Whichever word chosen by romantic partners or even friends my one line of defense when pushed is this: blame it on Scarlett.