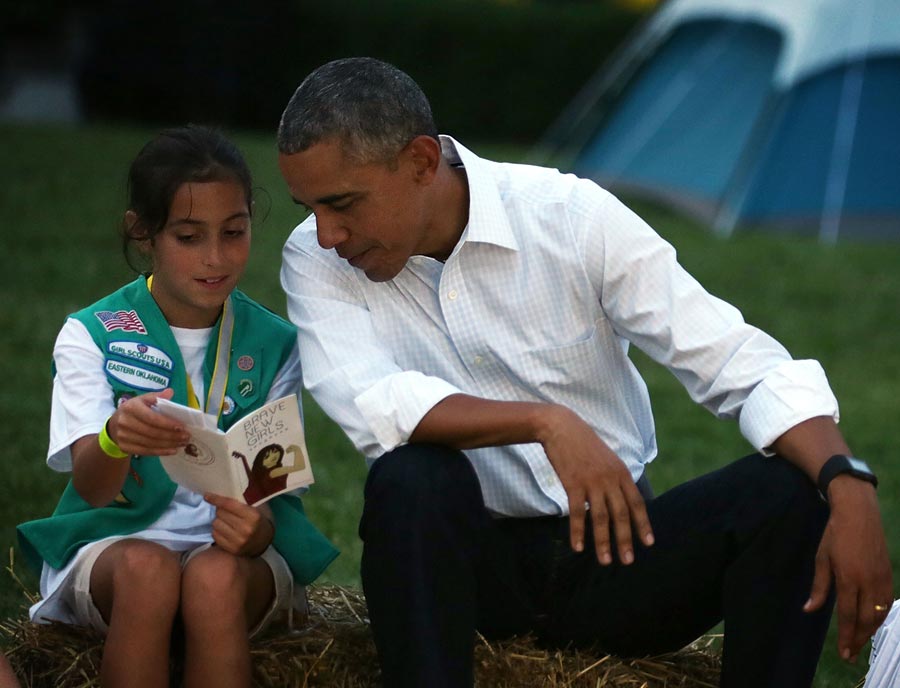 Given it includes books called Factfulness and Educated, it’s no wonder some people are reading into Barack Obama’s summer reading list.

In an annual tradition started when he was in the White House, this past weekend Obama shared the books he has been reading in a Facebook post.

“One of my favorite parts of summer is deciding what to read when things slow down just a bit, whether it’s on a vacation with family or just a quiet afternoon,” Obama says. “This summer I’ve been absorbed by new novels, revisited an old classic, and reaffirmed my faith in our ability to move forward together when we seek the truth.” The Washington Post describes the post as the “the classiest, most passive-aggressive move Barack Obama could make.” The list offers a diverse range of voices and topics, and includes Michael Ondaatje’s Booker nominated Warlight, which Obama describes as “a meditation on the lingering effects of war on family.”

Author Tara Westover was virtually speechless when she learned she was on the list, posting on Twitter that she didn’t “have words.”

In his post, Obama called Educated, “a remarkable memoir of a young woman raised in a survivalist family in Idaho who strives for education while still showing great understanding and love for the world she leaves behind.” Another author, Tayari Jones, did have the words thank Obama for including her novel, An American Marriage, which Obama called a moving portrayal of the effects of a wrongful conviction on a young African-American couple. “Dear Mr. President, I always look forward to your summer reading suggestions, but what an honor to find An American Marriage on this year’s list,” she tweeted.

Obama also reread the late’s V.S. Naipaul’s A House for Mr Biswas, “the Nobel Prize winner’s first great novel about growing up in Trinidad and the challenge of post-colonial identity.” If that description seems like it might have subtle overtures to current political climes, Obama’s inclusion of Factfulness, by the late international public health expert Hans Rosling, is a more direct shot over the bow. The former president called it, “a hopeful book about the potential for human progress when we work off facts rather than our inherent biases.” Whether you decide to infer intent in the book choices or not, consider adding these five titles to your own summer reading list — you still have a couple of weeks.