Linwood Barclay on his Novels, Literary Goals and Advice to First-Time Writers 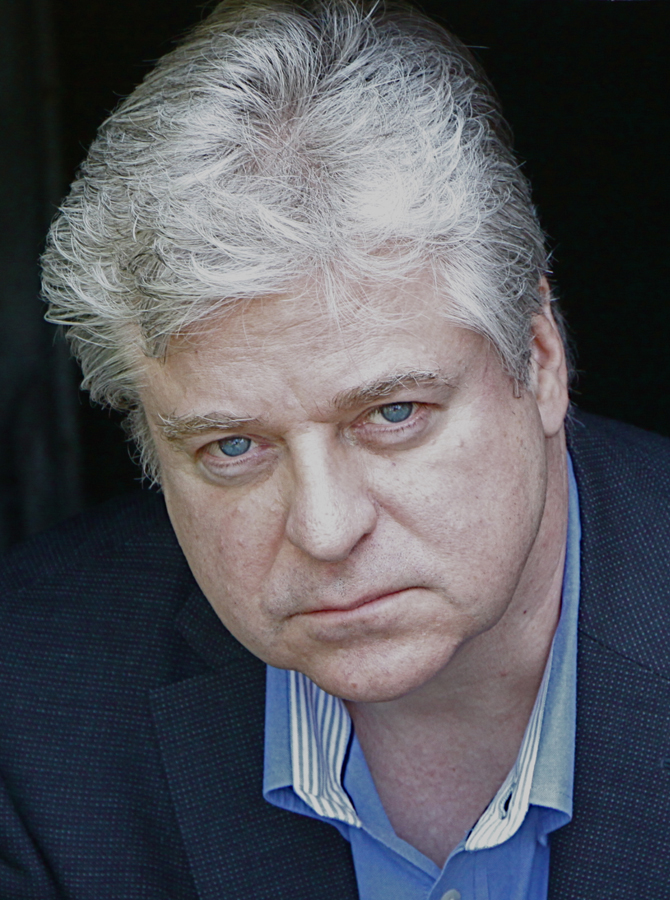 If Alice Munro is Canada’s first and only literary Nobel laureate and Margaret Atwood our nation’s Queen of Letters, then Linwood Barclay is no doubt the “Stephen King of the North” (King, coincidently, counts himself as a fan of his Canuck counterpart).

The former journalist and humour columnist’s life took a sharp turn in 2007 when, at age 52, his thriller No Time For Goodbye proved a publishing sensation, launching a second act as a bestselling author that has earned him international praise and near rock star status on the literary scene back home. And now, at 63, with 18 bestselling thriller and mystery novels to his name — including 2018’s A Noise Downstairs — Barclay’s honed virtually every aspect of his his craft down to a fine art.

“I have decided, at this stage, not to kill myself — from a writing standpoint, that is,” he quips. “Ten years ago, I would try to blast through a first draft as quickly as possible, aiming for 3,000 words a day or more. I now realize, in an industry that sometimes moves glacially, that I don’t have to maintain that kind of pace.”

Barclay notes that this more streamlined process no longer allows him to accept every appearance invitation by libraries and festivals, though he is making an exception for the Toronto International Festival of Authors, a 10-day celebration of all things literary during which he’ll take part in a one-on-one conversation with another celebrated scribe — Ian Rankin.

“Ian’s a friend, and this will be the fourth time we have done an event, the third time one of us has interviewed the other. So it’ll be like sitting down and catching up with someone you haven’t seen for a while,” Barclay says. “The last time I interviewed him, I had a list of questions, and I don’t recall ever referring to any of them. We just had a good time talking.”

But before Rankin can get to Barclay, Zoomer spoke to the author about the writing life, goals for the future and his advice to readers who’d love to pen a tale of their own one day.

MIKE CRISOLAGO: Toronto is, of course, where you enjoyed a successful career as a journalist and humour columnist at the Toronto Star. Despite your success as a novelist, does that urge to write humour ever resurface?

LINWOOD BARCLAY: Thank God for Twitter. Whenever I’m in the mood for a bit of snark, I can get it out of my system in 280 characters. In the past, if I had something to get off my chest – in a satirical way – I had 620 words. Now that I can accomplish the same thing with Twitter, it tells me the columns were overwritten. And there’s still plenty of humour in the novels, in between the creepy stuff. It helps break the tension.

MC: How have the tools you honed as a journalist helped you as a novelist?

LB: You don’t get precious. None of this “I’ve got writer’s block” or “The muse just hasn’t struck.” When you spend more than 30 years in newspapers, you understand that writing is a job. It’s a GREAT job, but it’s a job. So you sit yourself down in the morning and don’t call it quits until you have 2,000 words written. It’s work. Do teachers get teacher’s block? Do accountants get accountant’s block? Why should authors be so special? And this ties into the same point, but deadlines are pretty sacred to me. You get your work done on time, or sooner.

MC: You’ve noted that, as a child, you found inspiration for stories in your favourite TV shows, like Mission: Impossible or Columbo or Mannix. Where do you find inspiration today?

LB: My inspiration these days comes more from everyday events. I look at a situation and think, how could that go wrong? (I may be a glass-is-half-empty kind of guy, always looking for the negative, at least when it comes to story potential.) But I’m as addicted to TV as much as I ever was, and some of the best series ever made are being made right now. Sometimes, you watch one and think, that’s the competition. I have to write something compelling enough to get you stop binge-watching.

MC: What tips would you give Zoomer readers who want to sit down at the keyboard and write that story/novel that they’ve always had inside them?

LB: Tough one. I’m more of the opinion that if you want to be a writer, you’re already writing and have been for a long time – because you HAD to do it. But maybe I’m wrong, and there are folks who’ve got a novel buried in them that’s struggling to get out. I say, start writing. You don’t have to wait until the idea is fully formed. Get something on paper, or on that screen. Doesn’t matter if it sucks. You can always go back and fix it. But once you start writing, it’s like turning on the proverbial tap. Things should start to flow.

MC: You’ve spent your life writing, whether as a journalist, bestselling author or penning screenplay adaptations of your work. What goals, either professional or personal, do you still hope to achieve?

LB: I’d like to see something of mine evolve into a successful series, and to have a hand in it. They did make a series in France out of my book The Accident, but all I did with that was cash the cheque. (It’s an excellent adaptation, by the way, and available on iTunes here in Canada.) When I was in high school, more than anything, I wanted to be a writer of TV crime dramas, but there was not a huge demand for that in Fenelon Falls, Ontario. One day, it’d be fun to dabble in that. Otherwise, I just want to do my best to turn out a decent page-turner every year, for the foreseeable future.

Linwood Barclay appears in conversation with Ian Rankin at the Toronto International Festival of Authors on Tuesday, Oct. 23. Click here for more information.