Michelle Obama: The Rockstar Cultural Icon Will Bring Her Whirlwind Arena Book Tour to Canada in 2019 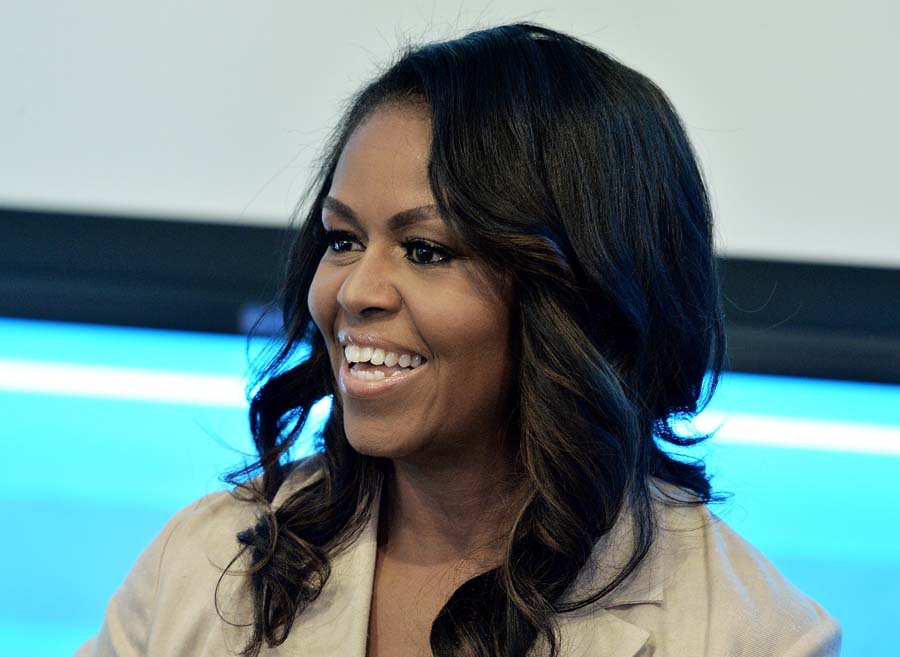 Amid the crush of soon-to-be-retiring music legends touring one last time before hanging up their mics, a rock star of another sort is emerging on the global arena tour scene — former U.S. First Lady Michelle Obama.

Literally packing arenas across the U.S. as part of a tour in support for her record-breaking memoir Becoming, an announcement this morning revealed an extension of the tour into 2019, including stops in Vancouver (March 21), Edmonton (March 22), Montreal (May 3) and Toronto (May 4).

The 54-year-old’s memoir has shattered sales records since its release on Nov. 13, with three million copies and counting sold — more than any other book this year.

Needless to say, it also already ranks among the best-selling political books and overall non-fiction books in history. And as sales grow, so do Obama’s tour dates, with additional American and European stops among the 21 new events added to her 2019 tour. In between her March and May Canadian stops she’ll hit arenas across Europe, landing in Copenhagen, Stockholm, Oslo, London, Paris and Amsterdam. During her appearances so far Obama’s engaged in conversations with various cultural heavyweights, from Oprah Winfrey to actress Reese Witherspoon to actress and comedian Tracee Ellis Ross. There’s no word yet on who might appear with Obama during her Canadian dates.

“Truly humbled by the response to my upcoming book tour,” Obama wrote to fans after the first spate of shows sold out back in September. “I can’t wait to share BECOMING with all of you & hope to see you somewhere along the way!”

Aside from being a widely admired political and cultural figure, the increasingly divisive and personal political climate of the day has fostered a craving for insight and inspiration from the woman who coined the phrase, “When they go low, we go high.”

And Canada, of course, has always enjoyed a love affair with the Obamas. Former U.S. President Barack Obama and Canadian Prime Minister Justin Trudeau enjoyed a much-discussed political and personal “bromance” while their respective leadership tenures intersected, a poll of Canadians in 2012 showed that the majority would vote for Obama, Michelle Obama visited Toronto last year to promote female equality and education, taking time to lunch with Sophie Grégoire Trudeau, while ministers in the Canadian House of Commons chanted “four more years” when Barack Obama appeared in 2017.

That affinity appears to be mutual.

Most notably, during a speaking engagement in Toronto, Barack Obama told the audience, “me and Canada, we just have this thing.” Judging by her decision to extend her tour North of the border, Michelle Obama appears to share that sentiment.