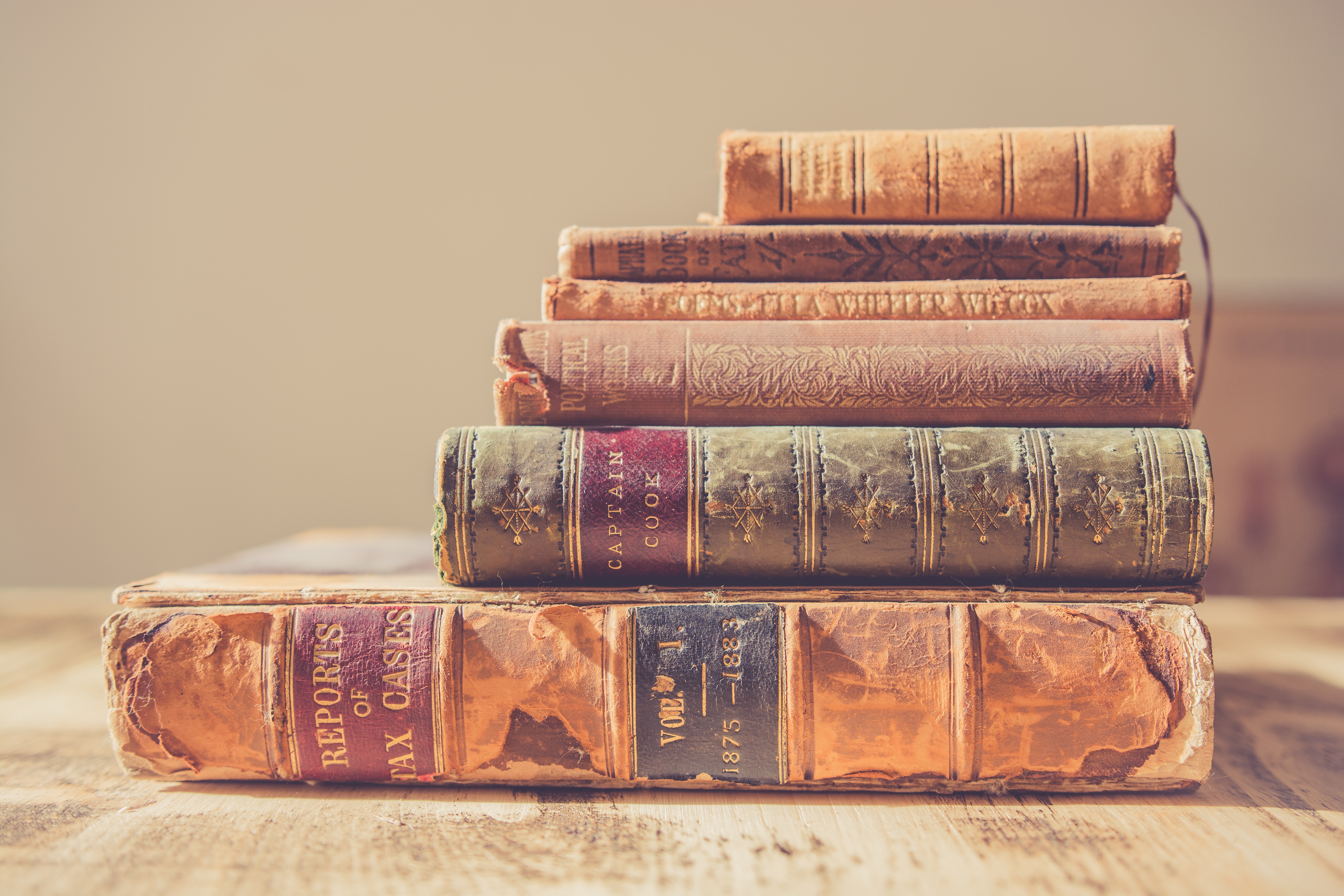 Photo by Chris Lawton on Unsplash

From recent releases to timeless classics, we round up some of our favourite reads to transport you to faraway places and times. The story: Anita Diamonte’s hugely popular international bestseller explores the traditions and turmoil of ancient womanhood as hinted at in the Book of Genesis. (The book’s title refers to the fictional tent in which women were obliged by law to take refuge while menstruating or giving birth but also where they gave each other comfort and support.) The story follows Dinah, a midwife and only daughter of Leah and the Biblical patriarch Jacob (who is better known for his 12 sons). Despite the fact that society’s power structure is tilted toward men, the book is very much a story of female relationships and the unbreakable bonds between mothers, daughters and sisters as they sustain one another through betrayal and hardship.

Since its publication more than 20 years ago, the novel has sold millions of copies around the world and was adapted into a 2014 Lifetime miniseries starring Minnie Driver. THE MEMOIRS OF CLEOPATRA (St. Martin’s Griffin) by Margaret George

The story: Known for her meticulous research and page-turning fiction, Margaret George, now 76, brings to life the legendary Queen of the Nile, from her earliest memories to her perilous struggles to become ruler at age 21. It’s a story of Machiavellian politics, to be sure, but also great passion as the book follows her famous alliance and romance with Julius Caesar, followed by her second great love, Marc Antony. Told in first person, the book will almost make you believe you’re reading the real-life private diary of the young queen. THE WORLD THAT WE KNEW (Simon & Schuster) by Alice Hoffman

The story: From the bestselling author of The Dovekeepers and The Marriage of Opposites comes this story of a German Jewish mother’s extraordinary efforts to save her 12-year-old daughter, Lea, from the Nazi death camps. From the fantastical creation of a rare and mystical Jewish creature – called a golem – to be her protector as she flees from Berlin to France but who ends up becoming so much more to Lea finding a soul mate in the most unexpected of places, The World That We Knew is a tender yet heartbreaking journey of love, sacrifice and magic in a world that has gone dark.

RELATED:  Wisdom of the Ages: Bestselling Novelist Alice Hoffman on Her New Book The World That We Knew The story: Two-time winner of the Man Booker Prize for Wolf Hall and its sequel Bring Up the Bodies, Dame Hilary Mantel takes you back to a very turbulent England where Henry the VIII rules as king and Thomas Cromwell, a poor blacksmith’s son, climbs to the heights of power in a treacherous court where, giving a double meaning to the title, man is wolf to man. To fulfill the desires of his mercurial king, Cromwell ruthlessly takes on the political establishment, parliament and the papacy in a way that will change the country forever. Fans of the series will be excited to know that early next year (March 2020) Mantel brings her brilliant trilogy to an end with The Mirror & the Light, which covers the final years of Cromwell’s life. The story: Did Dracula actually exist? Does he still? The story tells of the generations of historians who have risked their reputations – and even their lives – to seek the truth about the legend of Count Dracula as it interweaves with the history and folklore of the 15th-century prince known as Vlad the Impaler. The gripping and beautifully written novel follows Paul, a professor, and his 16-year-old daughter as they embark on the dangerous quest for Vlad’s tomb – and the buried secrets about Dracula – from monasteries and dusty Ivy League libraries to the capitals of Eastern Europe. The story: A hybrid of British imperialism and Raj patrician, The Far Pavilions harkens back to a time when a thin patina of English rule maintains a precarious hold over the turbulent undercurrents in India’s clash between east and west. The story follows a British man, Ashton Pelham-Martyn, and his passionate but dangerous love for an Indian princess. Told with meticulous historical accuracy – M.M. Kaye, who died at age 95 in 2004, was born in India and had a life-long love affair with the country – the sweeping saga of love and war conjures up a vanished culture that famed literary critic Edmond Fuller compared to Margaret Mitchell’s Gone With the Wind. THE SECRETS WE KEPT (Knopf) by Lara Prescott

The story: At the height of the Cold War, two secretaries from the CIA’s typing pool are given a life-changing assignment: to influence the hearts and minds of Soviet Russia, not with propaganda but with the work of its most beloved of writers, Boris Pasternak, by smuggling his great masterpiece, Doctor Zhivago, out of the country.  The book, destined to become one of the greatest love stories of the 20th century, was banned for publication in the USSR because of Pasternak’s independent stance on the revolution. The novel also delves into the love story behind the love story with the long affair between Pasternak and his mistress and muse, Olga Ivinskaya, who was sent to the Gulag for her loyalty to Pasternak and inspired Zhivago’s heroine, Lara. One Hundred Years of Solitude (Harper) by Gabriel Garcia Marquez

The story:  One Hundred Years of Solitude, one of the most celebrated Latin American novels of the 20th century, follows the famed Buendía dynasty, founders of the isolated town of Macondo. The book expertly fuses history with fantasical elements of magical realism – think rains of yellow flowers and religious apparitions – from a true literary master, Gabriel García Márquez, who won the Nobel prize for literature in 1982. In what is good news for fans:  the book will reportedly be adapted into a Netflix series.

A Return to the Classics A TALE OF TWO CITIES (Public Domain) by Charles Dickens

The setting: London and Paris, starting in 1775

The story: “It was the best of times, it was the worst of times…” may be the most quoted introduction of all time.  Time travel back to the terrors of the French Revolution – the storming of the Bastille, the death carts with their unfortunate passengers and the all-too-frequent drop of the guillotine – in Charles Dickens’ famous novel. You’ll relive it all through the eyes of such unforgettable characters as the plotting Madame Defarge, the gentle Lucie Manette who remains devoted to her broken father,  and Charles Darnay, a lover with a deep secret. If you’ve read it before, it’s definitely worth a revisit.