Older & Bolder: 12 Secrets for a Longer (And Better) Life 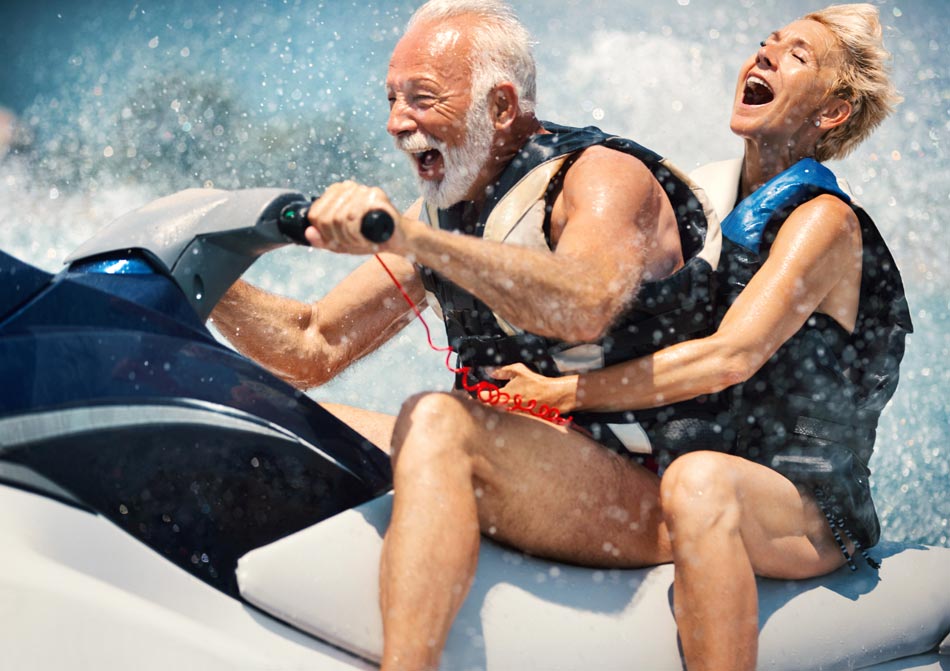 It’s one of the well-worn mantras of our times (not to mention conveniently adaptable): 50 is the new 30, 60 is the new 40 and 70 is …, well, you know where this is going. Under this upbeat aging-in-slow-motion mindset, centenarians behave more like octogenarians even as some extreme longevity researchers (or extremely optimistic, depending on your view) predict that the youth of today have a decent chance to live well past 150.

As we get older, it’s only natural to hope we can reach that most celebrated of milestones, the 100-year mark … or beyond. With a healthy lifestyle, ongoing medical and technical advancements and a dose of genetic good luck, why shouldn’t we expect to live longer (and more importantly, live longer better) than previous generations?

But maybe this preoccupation with the counting of years lived is part of the problem. Maybe, we should just forget numbers or, at bare minimum, refuse to give them the power to define us. As our life expectancy increases, age the number is not the issue, so much as age the attitude.  What’s so bad about being 60 that we need to make it 40? Why can’t it just be 60, and here’s what it looks like? That’s the premise of Carl Honoré’s book, Bolder: Making the Most of Our Longer Lives (Knopf Canada). When approaching a milestone of his own – the big 5-0 – he felt what he has described as the “terrible weight of the number,” which in turn inspired him to investigate if aging was really as bad as everyone said.

His question, at its root, was simple: Did “being older suck” really?

The result of his research – he literally travelled the globe speaking to people everywhere who are bucking preconceived notions of age – both surprised and inspired him. While you’ll definitely want to pick up the book, here are some insights from my conversation with Honoré.

A Revolution in our Approach to Aging

“The fact that we are now living longer than ever before is driving an aging revolution,” Honoré says. “But behind the longevity statistics, many other factors are also at play. Advances in nutrition, sanitation, technology and medicine are helping us age better than ever before, as is the new emphasis on physical exercise and the falling rates of smoking.

“That’s why the news is packed with stories about people kite surfing in their 50s, climbing mountains in their 60s, running marathons in their 70s, cycling long distance in their 80s and swimming competitively in their 90s.

“Today, the average 65-year-old Canadian is in better shape than ever before. Japan is even toying with moving the age when someone is deemed rojin, or ‘old,’ from 65 to 75. Every year, there are more older people on the planet – and there is strength in numbers. It is harder to dismiss or denigrate a growing chunk of the population, especially when so many of them are taking life by the scruff of the neck.

“The bottom line is that we are entering a golden age of aging. The biggest problem most of us face now is not aging but ageism.”

Ageism in the Workplace

Ageism is indeed alive and well, Honoré says, and especially so in the workplace. Despite the fact most countries have officially outlawed age discrimination in the workplace, many employees are hesitant to reveal their real age because of perceived ageist attitudes.

“People are right to fear it,” Honoré says, acknowledging that many companies are dishearteningly rife with ageism.

But even here, there’s some room for optimism. “More and more employers are starting to wake up to the fact that workplace performance often improves with age and that older staff bring all kinds of good stuff to the party. The broader drive for diversity (gender, ethnic, sexuality) will also help in the battle against ageism.”

His advice for people facing ageist attitudes in the workplace?

– Don’t get discouraged. The ageists are wrong. Prove your worth by carrying on doing good work.

– Don’t expect to be paid more or given special treatment just because you are older. That is also ageist. Compete based on your skills, not your age.

– Do your research and seek out companies that already have a track record for making older workers welcome.

-Strike out on your own to become an entrepreneur. Despite all the media adulation poured on the Mark Zuckerbergs of this world, company founders are much more likely to be successful these days if they are middle-aged and older!

– If you suspect an employer or client is put off by your age, offer to show what you can do with a short-term contract or project. Perhaps at a lower pay rate or even pro bono to get your foot in the door and prove you can do the job and do it well.

– Lift your spirits by reading about other people your age (or older) who are thriving in the workplace. There are more and more of them out there every day!

And what about those people who are guilty of harbouring ageist attitudes against themselves (e.g., I’m too old to fall in love again or to start a new career or launch a new business)? How to promote more positive self-talk and change our own perceptions about aging?

“A good place to start is with language,” Honoré says. “The words and phrases we use shape how we feel about ourselves and our place in the world. So we should all try to ditch the ageist language. For example, stop using phrases like ‘senior moment’, ‘for your age’, ‘young at heart’ and ‘anti-aging’. Don’t say people are ‘still’ doing things (having sex, working, playing hockey, etc.) in later life: instead simply say that they are doing these things.

“Another tip is to change your internal soundtrack. Remind yourself regularly about the good things in your life, the stuff that’s going well. Put together a list of experiences you are looking forward to having in the future. “

Medical and Technical Advancements for a Longer Life

So what are the most important medical and technical advancements that are opening up new possibilities for us as we age?

“Where do you want to start!” Honoré says. “Techniques for replacing worn-out joints such as knees and hips are better than ever before and improving all the time. We’re seeing breakthroughs in restoring eyesight and hearing. Prosthetic limbs are getting better all the time. Power suits that give muscles a boost are coming out now. We are also learning to harness the power of thought so that people suffering from paralysis can move their limbs again.”

Be Bold: Carl Honoré’s 12 Secrets for Aging and Living Better

1. Keep on learning and experimenting. The adage that you can’t teach an old dog new tricks isn’t even true of dogs. Novelty keeps you energised and engaged.

4. Keep brain and body fit by exercising and eating right.

5. Channel Marie Kondo. If something – a job, a friendship, etc. – no longer sparks joy, drop it. Streamline to make every moment count.

6. Find a purpose that puts meaning in your life and fire in your belly.

7. Be honest about your age. Lying gives the number a power it does not deserve – and reinforces the myth that younger is always better. Owning your age is the first step to making the most of it.

8. Remain flexible and open to change, growth and evolution. As Lao Tzu put it: “Whoever is soft and yielding is a disciple of life. The hard and stiff will be broken. The soft and supple will prevail.”

9. Ignore the doom-mongers who say sex, love and romance belong to the young: they do not. Make room for all three however you old you are, if that’s what you fancy.

10. If you think growing older will be bad, it will be bad. Be positive and focus on the upsides of aging: feeling more at ease in your own skin; deeper relationships; more happiness, altruism, creativity, knowledge, experience.

12. Think about death. Don’t dwell morbidly on it, but don’t shy away from it, either. An awareness that time is finite gives life shape and meaning – and spurs you to make the most of here and now.

Swimming May Slow Down Aging By Decades