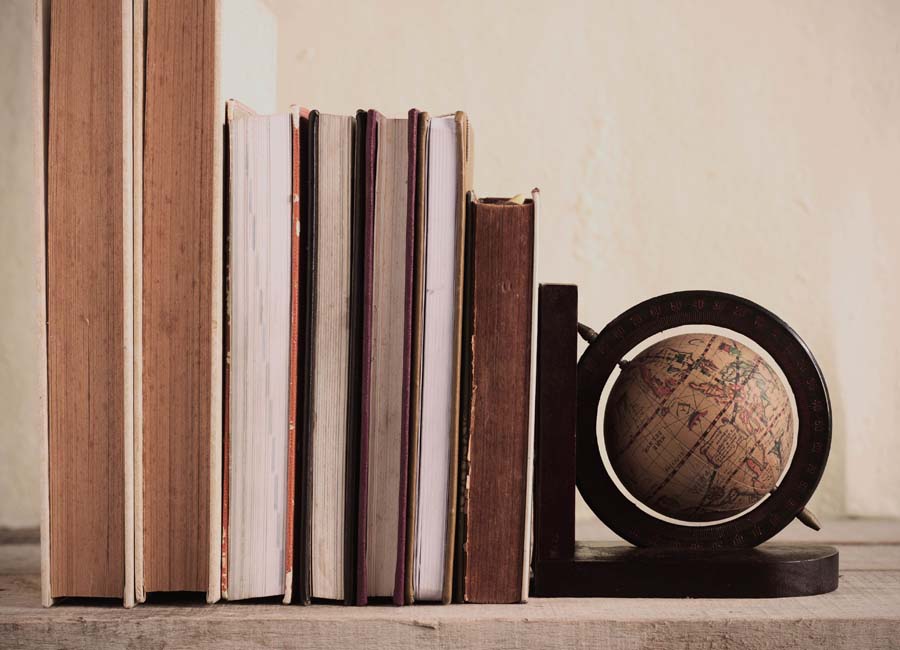 From personal journeys and foodie delights to historical perspectives and breathtaking sights, these fresh reads take you across the continent without ever having to leave your armchair. No passport required. I See England, I See France …

The history and majesty of London, England, home to royals, roundabouts and the reluctant-to-relocate wife and daughter of Canadian journalist Sean Mallen. In Falling for London: A Cautionary Tale, Mallen paints a portrait of the U.K. capital through both the excitement and challenges of an ex-pat Toronto family acclimating itself following his reassignment as a foreign correspondent. Meanwhile, Canuck sisters Tracy Kasaboski and Kristen den Hartog trace their family’s roots from Europe to Canada, beginning with Dickensian poverty and hardship in Victorian London through astonishing travails and tragedy before culminating in London, Ont., in The Cowkeeper’s Wish: A Genealogical Journey.

A hop across the English Channel lands one at the Palace of Versailles, a sprawling monument to the extravagance of the French monarchy. And while revolution forced King Louis XVI and his queen, Marie Antoinette, to high-tail it out of there, the palace welcomed author Guillaume Picon and photographer Francis Hammond to capture its lavish decor, lush gardens and breathtaking rooms – including areas and artefacts off-limits to the public – for Versailles: A Private Invitation. Then, head further south with Canadian artist and designer Virginia Johnson, who employs both prose and paint for her Travels Through the French Riviera, a watercolour exploration of the people and places that make up the storied Côte d’Azur. Or pull back and take in all of the sights and flavours of Provence with the late Peter Mayle, the celebrated British author known for A Year in Provence, through his final ode to his adopted home, My Twenty-Five Years in Provence: Reflections on Then and Now. If the cobblestone streets and canals of Amsterdam are more your speed, walking guide Egbert de Haan invokes the spirit of his real-life city tours in Amsterdam Then and Now. This visual feast captures the storied Dutch city through lenses past and present, juxtaposing archival images of Amsterdam’s most famous landmarks – from historic towers and train stations to breweries and the Anne Frank House – with modern photos. As such de Haan takes readers on an Amsterdam excursion that spans centuries – a feat that’s impossible on foot. Andrew P. Sykes – a teacher and long-distance cyclist – hopped on his bicycle (which he’s dubbed “Reggie”) and pedalled off on a European journey that brought him through shifting terrain and foreign locales in pursuit of a singular goal: to cycle from the southernmost point of the continent to the northernmost. He eventually hit the brakes long enough to write about the adventure in Spain to Norway on a Bike Called Reggie. If you’d rather eat your way through Spain, journalist and chef Marti Buckley unlocks the northern part of the country’s gastronomic secrets, traditions and cultures in Basque Country: A Culinary Journey Through a Food Lover’s Paradise.
Meanwhile, award-winning Yellowknife-based artist and traveller Alison McCreesh trekked across six circumpolar countries in the winter with a partner and baby in tow to create her latest book, Norths: Two Suitcases and a Stroller Around the Circumpolar World. The tome serves as something of a travelogue via postcard, with McCreesh writing and illustrating each individual card to evoke the essence of the places they visited and experiences they encountered while crossing Finland, Greenland, Iceland, Norway, Russia and Sweden.

Few European nations attract culinary travellers like Italy. Writer Matt Goulding – who co-founded the Anthony Bourdain-backed Roads & Kingdoms travel website – takes readers by the taste buds in Pasta, Pane, Vino: Deep Travels Through Italy’s Food Culture, an exploration of regional cuisines, local traditions and the unique characters who keep them alive. In A Table in Venice: Recipes from My Home, long-time Venice resident Skye McAlpine mines the accumulated wisdom of her friends, neighbours and locals to deliver an authentic culinary tour of one of the world’s most magical cities, while laid-off magazine editor Kamin Mohammadi moves to Florence and learns the finer points of laid-back Italian life – and, of course, food – in Bella Figura: How to Live, Love and Eat the Italian Way.

This story was originally published online on Dec. 10, 2018