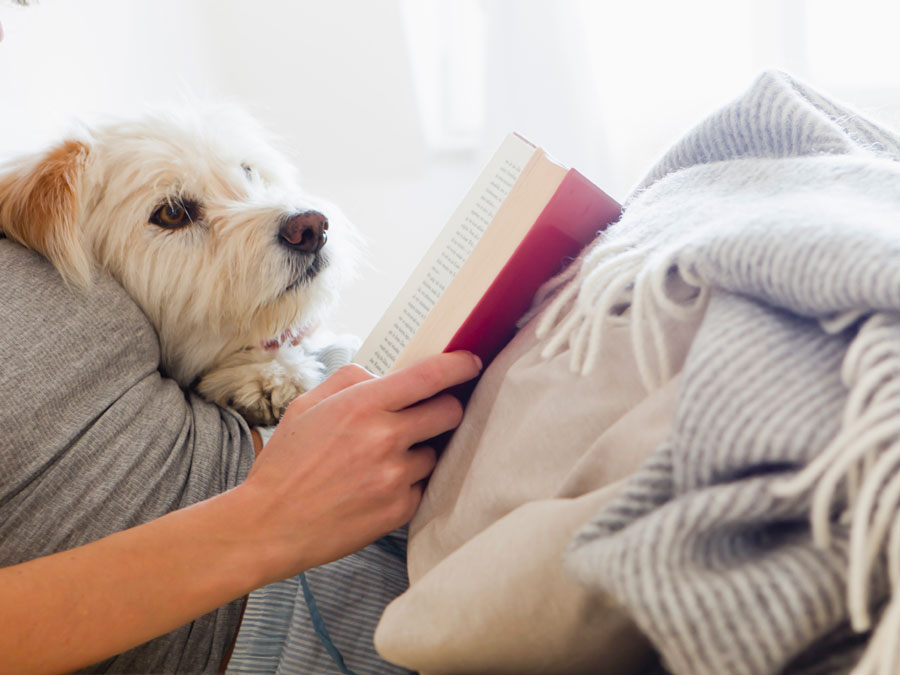 Turn off the news, put up your feet and get away for a while with these page-turning thrillers that just might provide some much-needed coronavirus quarantine relief. THE RED LOTUS by Chris Bohjalian

From the best-selling author of The Tourist and The Flight Attendant, the story follows an American couple, Austin and Alexis, who go on a bike tour in Vietnam. But their holiday takes a dark and mysterious turn when Austin vanishes one night with barely a trace.  As Alexis tries to piece together what happened, she uncovers a convoluted string of lies – and realizes she may not have known her boyfriend at all.

THE TENANT by Katrine Engberg

This Scandinavian noir is centred on a young woman’s brutal murder, a crime eerily similar to the plot of a murder mystery penned by her landlord, Esther, a feisty retired professor. To solve the crime, detectives must untangle Esther’s complicated web of friends and relationships, some who have a history of wrong-doing. This is the first of four in a series featuring the detective duo Jeppe Korner and Anette Werner series (the other three have yet to be translated.) The KILLING EVE Trilogy: CODENAME VILLANELLE, NO TOMORROW, and DIE FOR ME by Luke Jennings.

Inspiration for the wildly popular BBC America TV series Killing Eve, starring Sandra Oh, this addictive trilogy follows two women mutually obsessed with one another in a tense battle of wits. One is a charismatic and highly skilled assassin working for a shadowy organization, and the other, tasked with investigating her, is a MI5 agent based in London. THE LYING ROOM by Nicci French

The latest domestic thriller from the best-selling British husband and wife duo writing under the pseudonym Nicci French, follows a long-married London woman who is in the throes of a mid-life crisis. Worn down by mind-numbing routines, mounting financial pressures, and a preoccupied husband and a rebellious adolescent, she takes on a lover. For awhile, the adulterous affair returns her to her younger and freer self, but then it becomes something else, something quite deadly. If you’ve ever wondered if the dangers of over-sharing on social media may be exaggerated or if your tech devices can really be compromised so that someone can quite easily track your every move, you may think twice, after reading Follow Me. Inspired by what she read in real life forums, Barber’s story follows a young woman who is a Instagram influencer with over a million followers. But at least one of them is following her, literally and physically, with nightmarish consequences. Is living well really the best revenge? Or could the best revenge be…revenge? This gripping psychological duel between mother and daughter – a fictional take on a true story – opens with the mother being released from a five-year prison sentence for having medically abused her daughter, who spent her first 18 years in and out of hospitals, brought there by her mother, with ailments the doctors could not figure out. It turned out the mother was lying about the symptoms – or in some cases, causing them – and was subjecting her daughter to all this in order to gain attention for herself. Now the mother is free, and her daughter, the Rose Gold of the title, now grown up and with a child of her own, agrees to let her mother move in. The community is shocked. But is Rose really motivated out of forgiveness and a desire for a fresh start…or does she have some other darker motive to her mother close by? And what about the mother? Has she really been cured of the mania that brought her into prison so long ago?