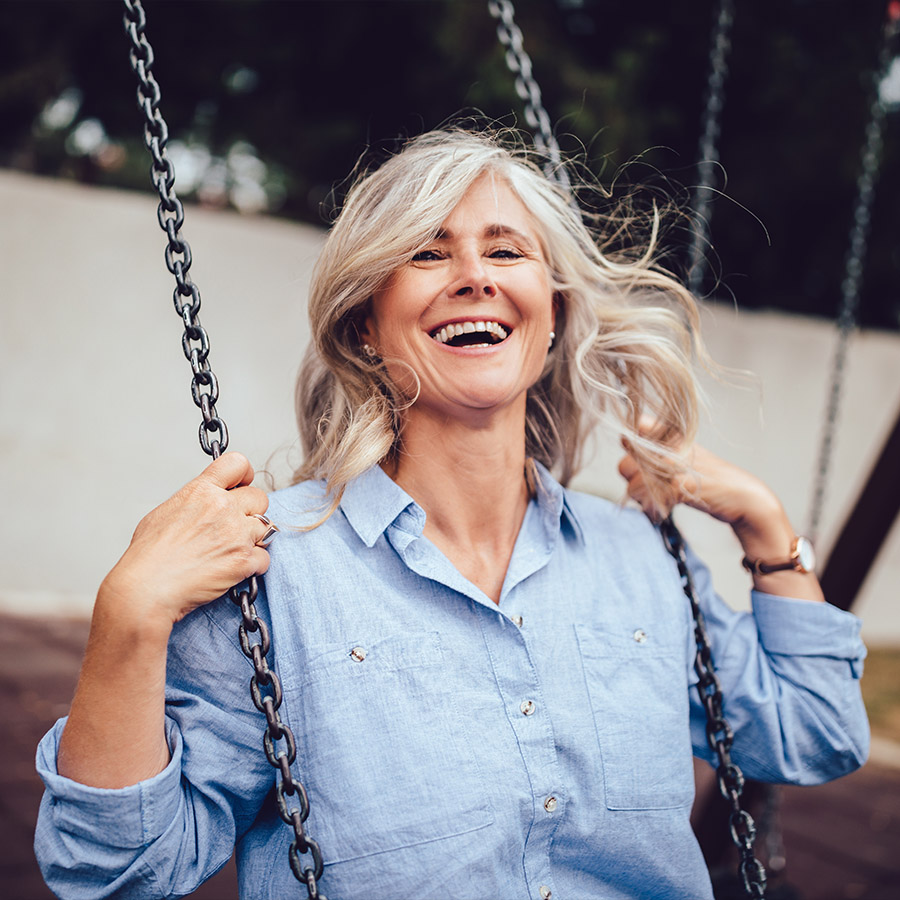 “Would it be accurate to start by describing you as fierce and fearless?” I ask Dr. Jen Gunter at the beginning of our hour-long phone conversation.

The 54-year old gynecologist/obstetrician, who has a full-time practice in Napa, California, has come a long way from her roots in Winnipeg — where she grew up and went to university before finishing medical school and an internship in London, Ontario.

For the second time in three years, she’s hit the New York Times bestseller list with a recently published book about women’s health, The Menopause Manifesto — which is not, incidentally, just about menopause. It’s also about how women’s health and welfare issues, especially those of aging women, are sidelined and misunderstood. And while she says she’s occasionally fierce and fearless, the rest of the time she’s just, well, fed up.

“I’m fed up with people taking advantage of women in menopause and the lies and the misogyny.”

She writes, in her book, “The patriarchy has been controlling menopause for too long,” then explains to me that, “When I started the book, I didn’t realize it would turn out to be quite so feminist. But it did.”

She also writes about osteoporosis: “The cultural acceptance is tragic and fills me with rage … Maybe the needs of women as they age are irrelevant when society decides they’re no longer hot enough so they should just be quiet and accept their dotage.”

A conversation with Dr. Gunter is as easygoing and intimate as talking to your best friend. And her book, albeit chock full of detailed scientific but accessible information, is also easygoing, intimate and frank.

If Dr. Gunter seems familiar, that’s probably because she’s everywhere these days: consistently active on Twitter and Instagram, a columnist for the New York Times, podcaster, author of the bestselling The Vagina Bible. Her success is part accessibility, part indefatigable energy and, in large part, managing to be both authoritative and chummy.

She’s writes about her problematic relationship with her mother, her struggle with weight and her personal experience with menopause and motherhood (she’s the mother of 16-year old twin boys and wrote about their difficult birth and infancy in her first book, The Preemie Primer).

In conversation, she talks about how, after two divorces, she met the “wonderful partner” she’s been with for almost two years.

“We met on match.com. I was about ready to pack this (online dating) in after eight or nine months of people claiming to be one thing and being something else. I thought, ‘Dude, I’m 53, I don’t have time for this. We’re not in high school. Maybe I’ll be single or the rest of my life.’”

Was this a realization and acceptance that came with aging?

“It’s hard to separate aging and experience. At the age of 50, you have 30 years of being an adult under your belt.”

And yet, she says, because of the expectations that burden women, “a lot of women have had this lifelong experience of shrinking themselves to suit a man.”

She continues, “But just as I was getting ready to get off (match.com), I saw this guy’s picture and thought, ‘He has a nice face.” And he was very clear about what he was looking for. So I sent him a message. And I am the first person he dated on the website.”

Dr. Gunter is careful about protecting her partner’s privacy, even though she’s very public about herself. She refers to him as “Dr. Jen Adjacent,” and that’s how he appears on social media.

“He’s a true feminist,” she says about a man not minding being identified as a hugely successful woman’s adjacent. “And he’s successful in his own right.”

Nevertheless, as content as she is with her partner, she insists, “I’m not here for the male gaze. Your currency in society shouldn’t be boiled down to whether a man in his 50s or 60s is still going to find you attractive.”

Just for good measure, she adds that it’s a “patriarchal myth” that men can reproduce forever: “Seventy per cent of men in their 70s have erectile dysfunction and the sperm of aging men is not as good quality.”

Aging women who are past menopause, on the other hand, are of enormous value precisely because they can no longer reproduce. In fact, Dr. Gunter devotes a whole chapter to the vital contribution grandmothers and grandmother figures make to the welfare of the family.

“The evolutionary advantage of menopause is grandmothers,” she writes definitively.

It infuriates her that in our society women are diminished with age and that “people expect women to get frail and shrivel up.”

10 Tips For Women About Healthy Aging From Dr. Jen Gunter

Dr. Gunter wrote The Menopause Manifesto, she explains, “so women can have quality information about how their bodies work and make educated decisions (about risks and benefits) and can advocate for themselves.”

Some of the information she provides:

1. Observational data shows a link between breast cancer and drinking milk. A recent study that followed over 52,000 women for eight years linked three glasses of milk a day with an 80 per cent increased risk of breast cancer, an increase from 2.4 per cent to 4.3 per cent for a 50-year old woman. Even one glass a day may raise her risk by 50 per cent. Gunter limits herself to one or two cups of milk a day with her high-fibre breakfast cereal (Kashi Go Rise or Kellogg’s All Bran).

2. Salivary hormone tests are never indicated; the results are useless.

3. Online information about menopause and women’s health is often not trustworthy. Don’t just use a search engine when searching for information; instead search internally on the North American Menopause Society site or on the Society of Obstetricians and Gynecologists of Canada site.

4. Many women experiencing menopause do better with estrogen (MHT – Menopausal Hormone Therapy), for a variety of reasons, and many don’t need it. That’s why it’s important to know as much about menopause as possible, and about the risks and benefits of MHT, so each woman can make informed choices that work for her.

5. Vitamin D is a worthwhile supplement; Vitamin D production by the body drops with age. For many women, an omega-3 supplement of 1 g. a day makes good sense.

6. Compounded hormones are untested and unregulated and the raw hormone used in MHT from a compounded pharmacy comes from the same sources as the hormones in pharmaceutical MHT.

7. Studies show no benefit for black cohosh vs. placebo for treating menopause symptoms and there are reports of liver damage.

8. Some antidepressants, such as Celexa, may be helpful for hot flushes and also reduce nighttime awakenings.

9. Cognitive behavioural therapy (CBT) is very effective for cultivating (sexual) desire and is more effective than medication. Dr. Gunter writes, “Strategies that can help cultivate desire include fantasies … I personally like to create historical fan fiction with my partner and imagine us meeting at different points in our lives and what the sex might have been like. It’s like revisiting the start of our relationship over and over again.”

10. “There’s a myth that with age the vagina risks a ‘use it or lose it’ scenario — meaning without the potency of a penis the vagina may shrink permanently. Loss of estrogen and age-related changes are what affect the vagina; it’s not a lament for the touch of a man … the penis is not a magic wand.”