Jason Priestley’s Mother, Sharon Mason, Talks About Her Midlife Career Change and Book ‘For the Love of Real Estate: Tales from the Trenches’ 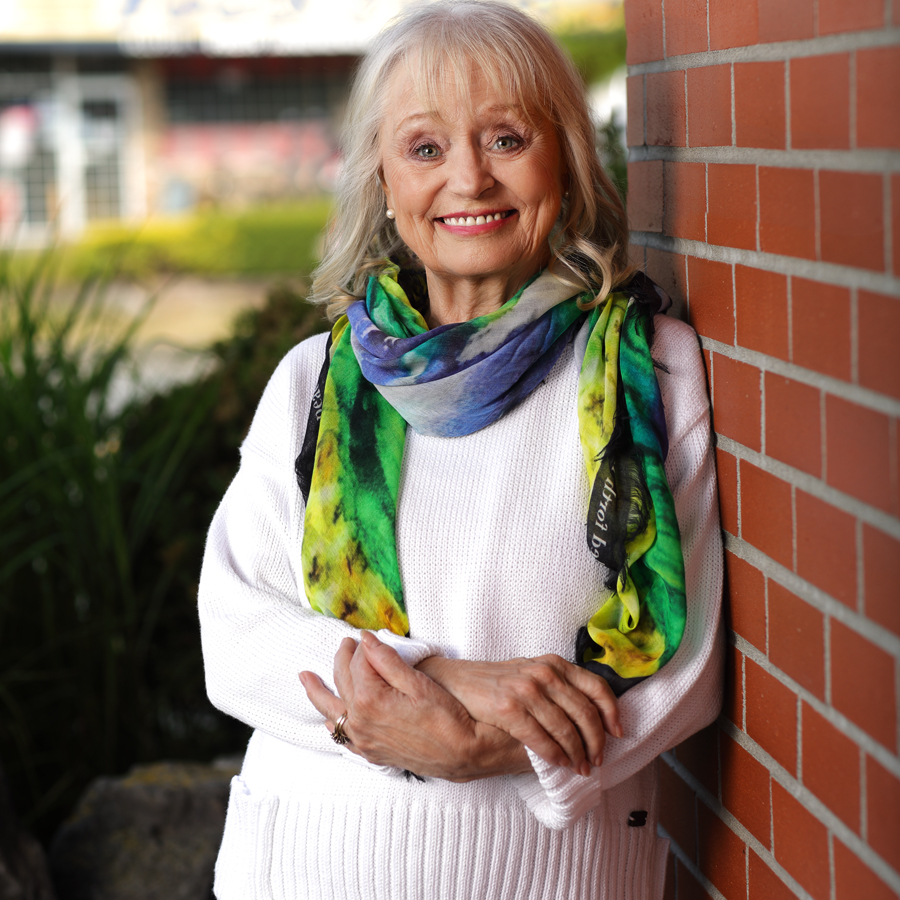 Sharon Mason, the mother of actor Jason Priestley, left a job as an elementary school teacher just before her 40th birthday to pursue a career in real estate. “I just keep going forward,” she says. “I want to make things better for myself and for other people.” Photo: David Naman Photography

Always follow your hunches, take responsibility when you screw up and remember to cover your tush.

These are among the life lessons shared by Sharon Mason, 79, an award-winning Vancouver-area realtor in her new book, For the Love of Real Estate: Tales from the Trenches. Just shy of her 40th birthday, the former elementary school teacher decided it was time for a second act. Mason considered law school, but opted for real estate, inspired by her late father, Lorrie Kirk, a successful Victoria, B.C. realtor.

When she got her licence in 1984, she was hoping to make $20,000 a year to help her family afford extras like family vacations, but her timing wasn’t great. The market was sluggish, with mortgage rates nudging close to 15 per cent. Today, ultra-low rates and few listings have created an atmosphere where frantic buyers can’t even get in the door.

She began by knocking on doors to find clients, introducing herself to some 250 homeowners in Richmond, B.C., the turf she’d decided to work as her “real estate farm.”

“I did it with panache and a big splash,” Mason writes in her book, which comes out March 22. She made calendars featuring client’s houses and hired her son, actor-director Jason Priestly — then 15 — and his buddies to deliver monthly newsletters. A self-described nerd who loves to learn, Mason credits her success to adapting to whatever the industry throws at her. “I’ve done many, many things. I live this really — I think — strangely diverse life,” she says in a Zoom interview from her home in Surrey, B.C.

Add to the list the “pandemic project” she wrote in just six weeks. When Mason shared stories about her life as a realtor, people urged her to write a book. So when the COVID-19 outbreak prompted stay-at-home orders, the time felt right. “Because at my age, I better hurry up,” she quips.

In the book’s forward, Priestley calls his mom “a warrior.” And in a phone interview from Toronto, where he is directing and starring in a road-trip comedy about diehard Toronto Maple Leaf fans called Keeper of the Cup, he says it was a good lesson to see his mother overcome the challenges of launching a new career later in life. Plus, he was grateful for the pocket money he earned as her delivery boy.

Now 52, Priestley has even more respect for her decision, which came with no guarantee of success. “She worked incredibly hard and struggled initially in her chosen career path,” he says, adding that he’s impressed with all that his mom accomplished “through hard work and perseverance,” including writing For the Love of Real Estate.

Mason says her success grew from long days and determination. Clients, some of whom have been with her from her earliest days, have become friends. She estimates she’s handled 1,000 transactions over her 39-year career, and her chatty book has charming asides, as well as advice for buyers, sellers and realtors.

Like any good teacher, she uses real-life stories of listings, purchases and sales, and sprinkles chapters with notes she calls Life Lessons, like “treat everyone like gold” and “listen well, ask good questions, teach good lessons and be present.” The character that shows up most often in her book is the client she calls the “real estate know-it-all.” Mason handles them with skilful good humour.

She also answers the age-old question about whether to sell or buy first, and comes down firmly on the side of selling first, then buying. And she dispels a slew of real estate myths, including the one about how working as an agent is a way to get rich quick. Not so, says Mason. After a sale, she hopes to hang on to 35 to 40 per cent of the proceeds, which are shared among the two agents and their brokerages, and that’s before factoring in the cost of running her business. One of the most expensive outlays are the real estate courses she’s required to take to keep her license in good standing. She’s also embraced new technology, like online listings, digital signings and the Touchbase Real Estate app.

“Times have changed with the digital world, but all fees go nowhere but up, and it’s no different for other entrepreneurs and self-employed people like us,” Mason writes.

“I just keep going forward,” she says in the interview. “I’ve always been a very high-energy person. I’m a motivated person. I want to make a difference. I want to make things better for myself and for other people.”

Mason has been married to her husband, Al Mason, a former teacher and ex-realtor who helps her run her business, for 45 years. She’s also a grandmother to Ava, 14, and Dashiell, 12, Priestley’s children with his wife of 17 years, Naomi Lowde-Priestley.

Now a third generation of the family has entered the business. Like her mom, daughter Justine Priestley, 53, switched careers later in life when the pandemic ended her job as a bartender and bar manager in Vancouver. The two now work together in the Greater Vancouver Area for HomeLife Benchmark Titus Realty. “She did a huge pivot into real estate. I’m so proud of her,” says Mason. “She got her real estate license and studied so hard. She just aced the exam.”

Does having Justine on board mean Mason is looking to retire? Not a chance. “If I retired, I would just die of boredom.”

She encourages people who are considering a midlife career change to do their research, make sure it’s a good move, and go for it. “You’re never too old to be happy.” Mason says these decisions need to pass what she calls her rocking-chair test.

Jason Priestley Turns 51: The Canuck Star Opens Up About Life After Heartthrob Stardom