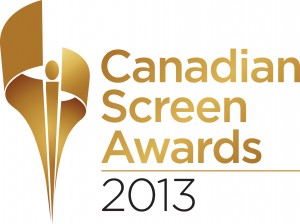 The Academy of Canadian Cinema and Television (ACCT) unveiled details, including the shiny new statue, for the inaugural Canadian Screen Awards earlier today, including the announcement that legendary comedian Martin Short will serve as the show’s first host.

“He embodies everything that the Canadian Screen Awards will be,” Julie Bristow, the CBC’s executive director of studio and unscripted programming, English Services, said of Short, “entertaining, accessible, proud, glamorous, forward-thinking and inclusive.”

Short, 62, a star of stage and screens of all sizes, is an apropos choice for host of the Canadian Screen Awards, which marks the merging of both the Genie (film) and Gemini (television) awards into one glitzy affair.

“I applaud the fine judgment of the CBC and the Academy of Canadian Cinema & Television in letting me take the wheel of the brightest new awards show in Canada,” Short said in a statement. “I shall endeavour to return it to them at the end of the night with nary a scratch nor door-ding.”

The awards – a joint celebration of film, television and digital media content – represent a change the industry has asked about for some time, according to Helga Stephenson, CEO of ACCT. She said that dialogue with Academy members, partners, broadcasters and industry groups, along with a report from the Schulich School of Business, led the ACCT Board of Directors to “merge the shows, and a new chapter in the Academy’s history began.”

The newly minted awards “are a true reflection of the multi-platform universe of today,” according to Martin Katz, chair of ACCT. “Through the Canadian Screen Awards, the Academy will celebrate our talent, our productions, our industry, with the Canadian public in one major national CBC broadcast.”

“Our ultimate aim with all of this is for the Canadian public to identify with these new awards, to experience Canadian pride in these awards, and to make it crystal clear what it is we are celebrating each year,” Stephenson added.

An image of the award’s golden statue was shown, though it hasn’t yet received a nickname Ã  la other honours, such as the Academy Award (nicknamed “Oscar”).

“First the award, and then the nickname,” Stephenson declared at the press conference. “We will be looking and inviting and hoping that people will give us some ideas about the nickname, but we didn’t want to just invent one off the mark.”